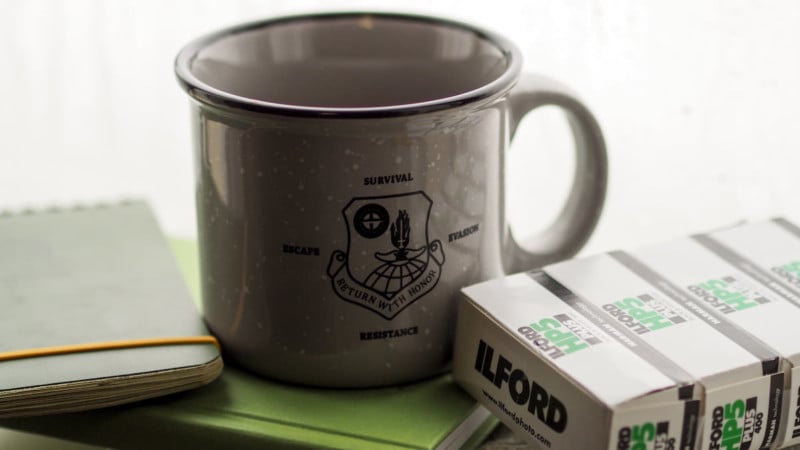 My name is Corban Lundborg, and I just completed a series of rare military survival courses at Fairchild Air Force Base in Spokane, Washington, during February 2020. I was authorized to bring a film camera to the field portion of SERE (Survive, Evasion, Resistance, Escape) School. Equipped with a Holga 120N plastic camera, I was able to capture four rolls of Ilford HP5+ medium format film.

I’m a full-time artist working across a handful of mediums in Los Angeles. Between art gigs on the West Coast, I also work as a combat photographer for the Air Force Reserve — I am a staff sergeant at the 4th Combat Camera Squadron in Charleston, South Carolina.

Often the two worlds of art and military contrast each other, but in recent years I’ve been able to use my creativity in the military to create art, tell stories, and uniquely capture history.

I have been serving in the Air Force for 10 years now and in that time I had often heard the painful rumors of SERE (Survive, Evasion, Resistance, Escape) School. When I found out earlier this year that I had a slot to go, I quickly looked for pictures and information about what to expect and how to prepare. There is little information about this training known to the public, and for good reasons.

When I learned I was allowed to bring a camera to the mountain portion of the school, I was excited to capture my experience, but one hurdle stood in my way. Only film cameras are authorized and I had never shot on film before.

I looked for a cheap film camera and came across the Holga 120N. It was perfect. It was disposable enough that I wouldn’t be upset if it broke in the harsh field conditions, but I was also in love with the nostalgic aesthetic the camera produces.

I bought the Holga 120N for $30 dollars on Amazon, and I also bought four rolls of “>Ilford HP5 Plus black-and-white medium-format film. I watched a few videos on the Internet and, to the best of my ability, got the camera ready for six days of winter survival in the mountains of Washington.

It was very cold and we were sleeping in snow-based shelters so I did my best to keep the camera dry and safe. I kept the film inside my Gortex jacket pocket, close to my chest day and night. I rationed the rolls of film to best cover the entirety of our time in the mountains. 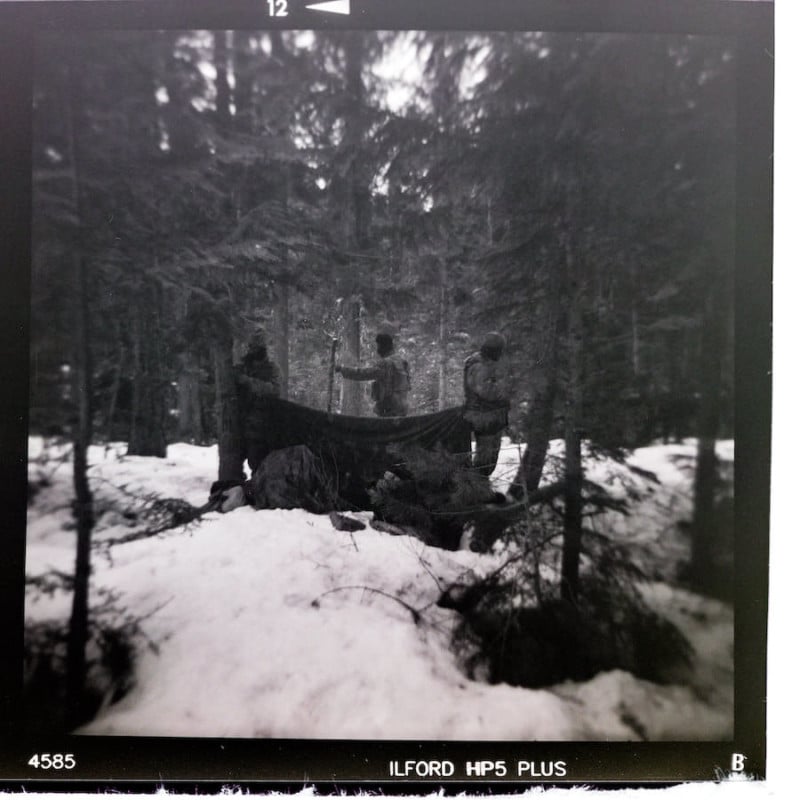 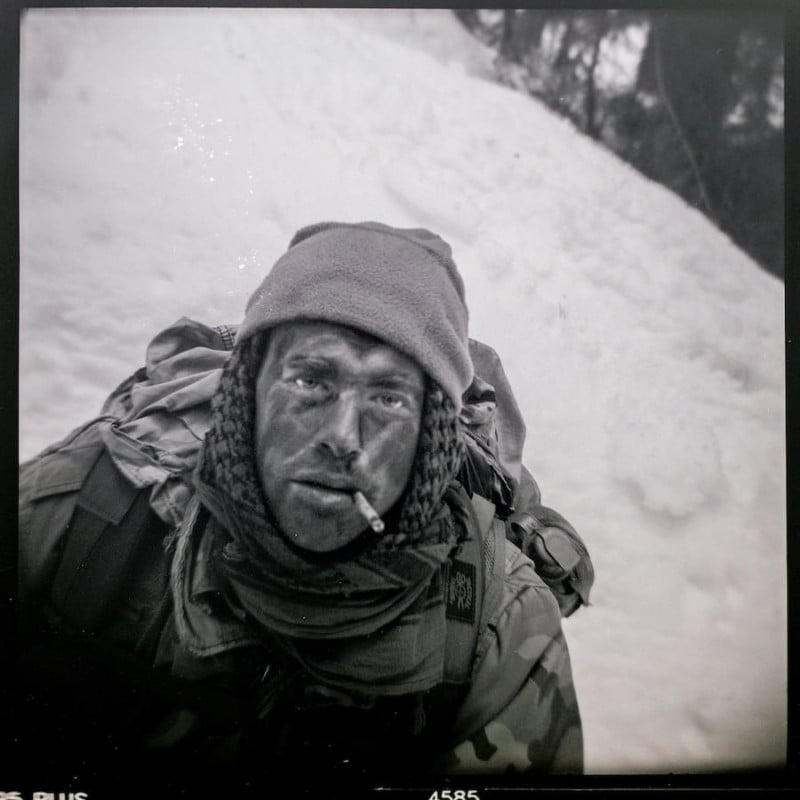 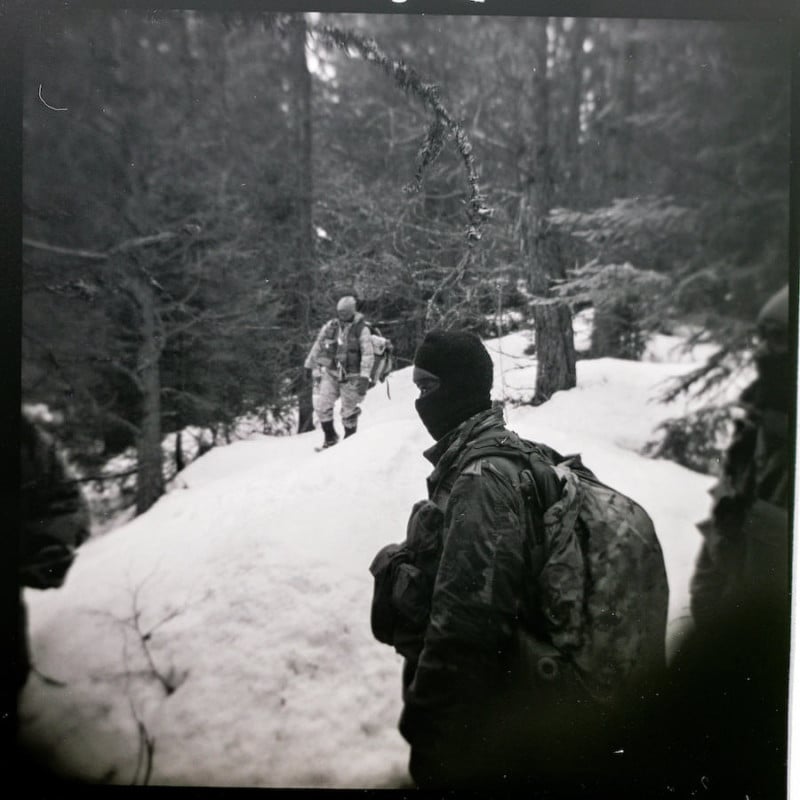 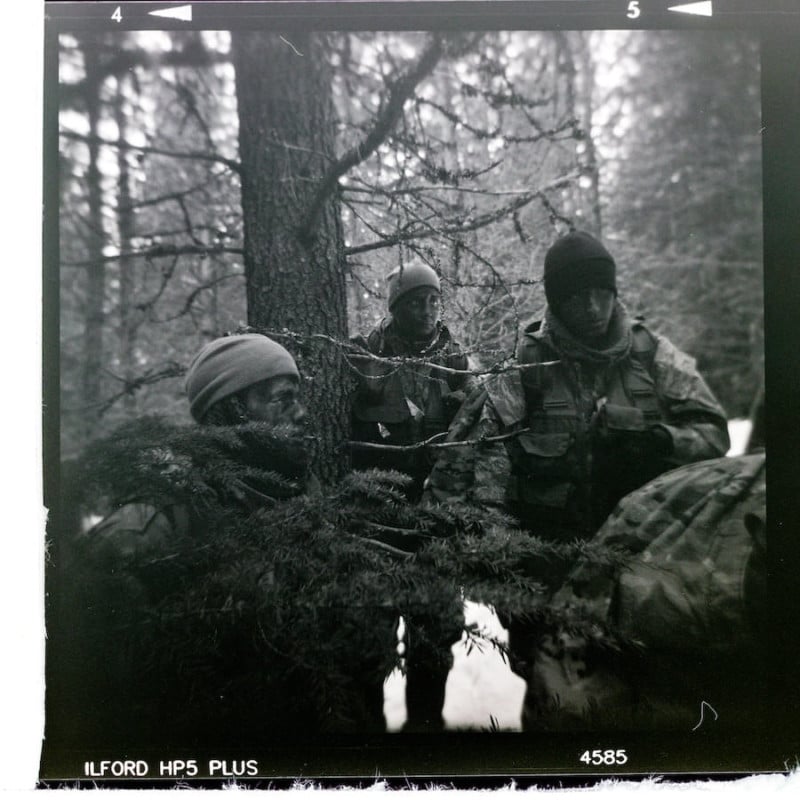 My time at SERE School was a huge learning curve, I both learned military survival techniques and how to shoot film. I came across both technical and physical challenges along the way. In my transition from digital to film I had to learn to ration my shots and really wait for the moment. Using a 1×1 square composition was also new to me and took time to get used to. 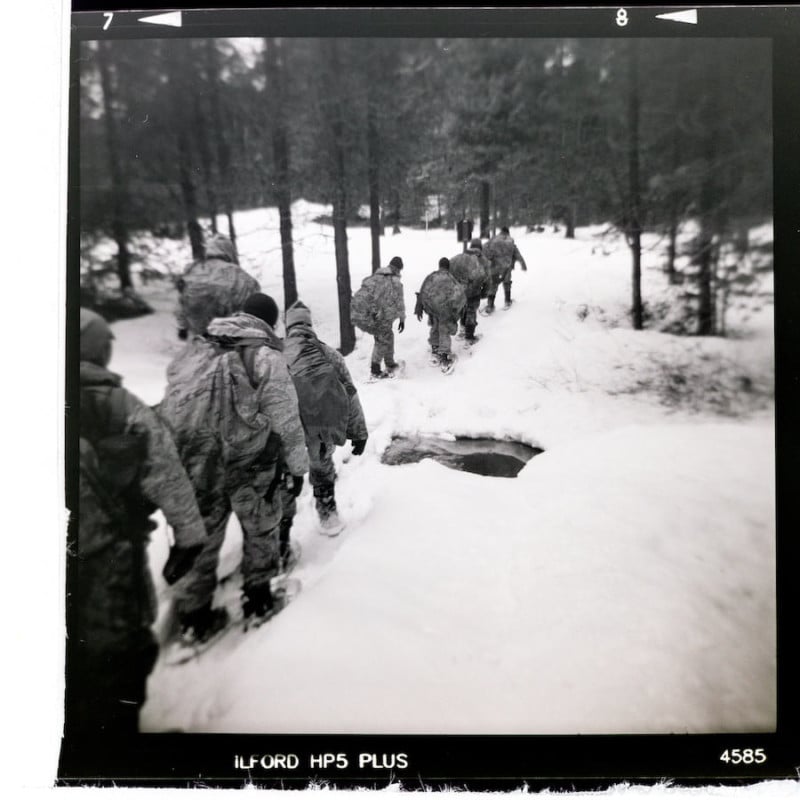 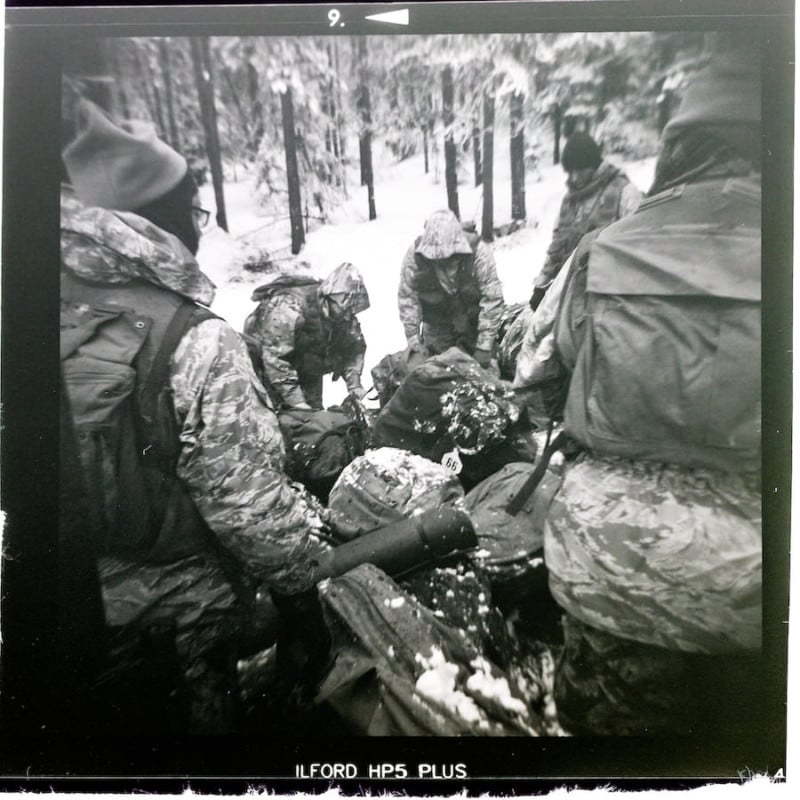 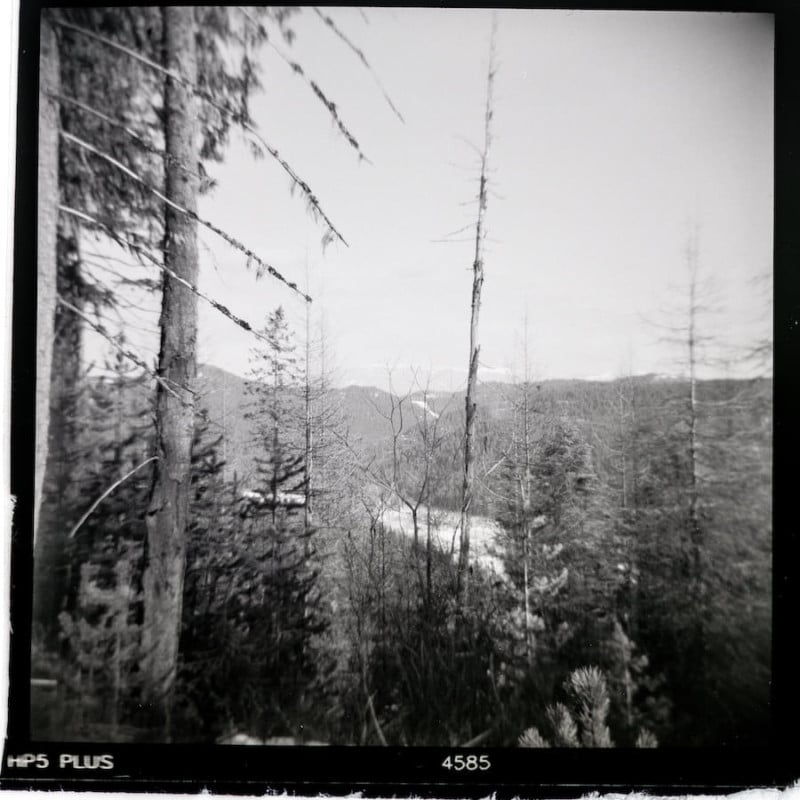 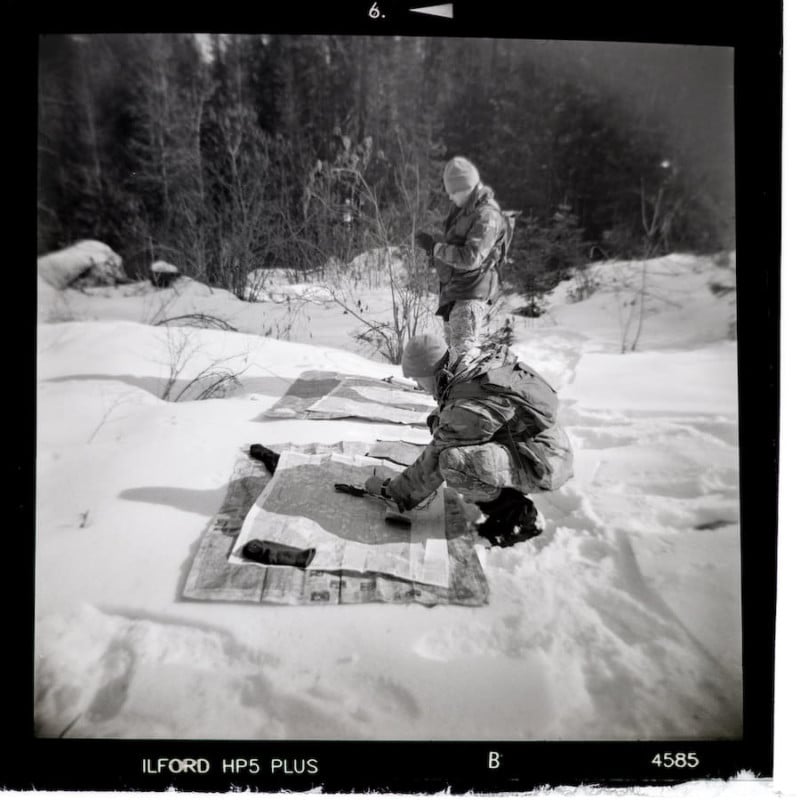 Outside the complications of camera challenges, I also had nature to deal with. Part of our school included land navigation and during training I injured my left eye. A tree branch scratched my cornea while evading through the thick trees. My eye was swollen, my fingers were frozen and I wondered if bringing the camera along was worth it. 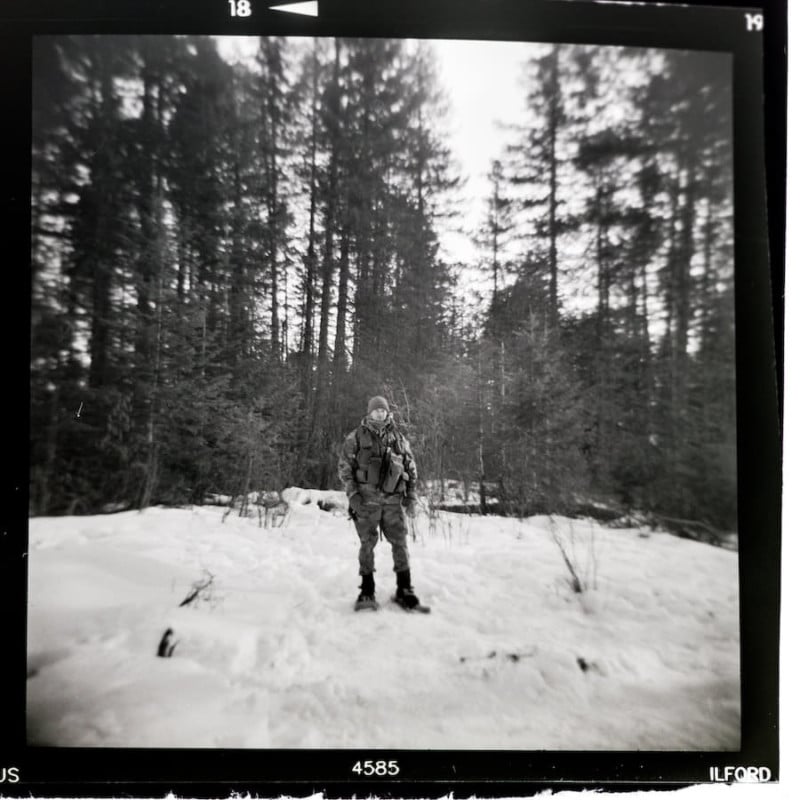 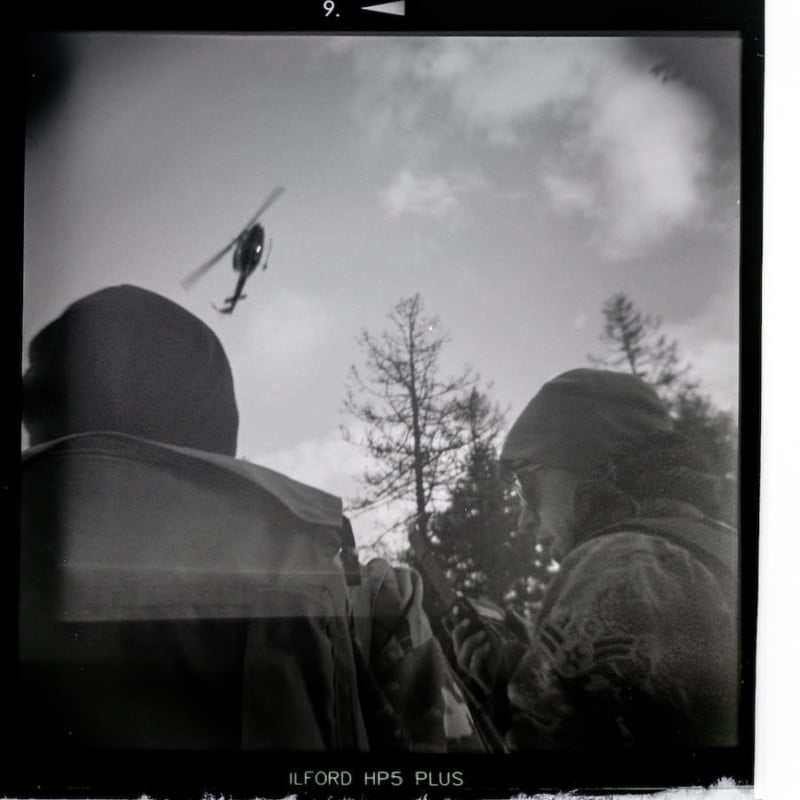 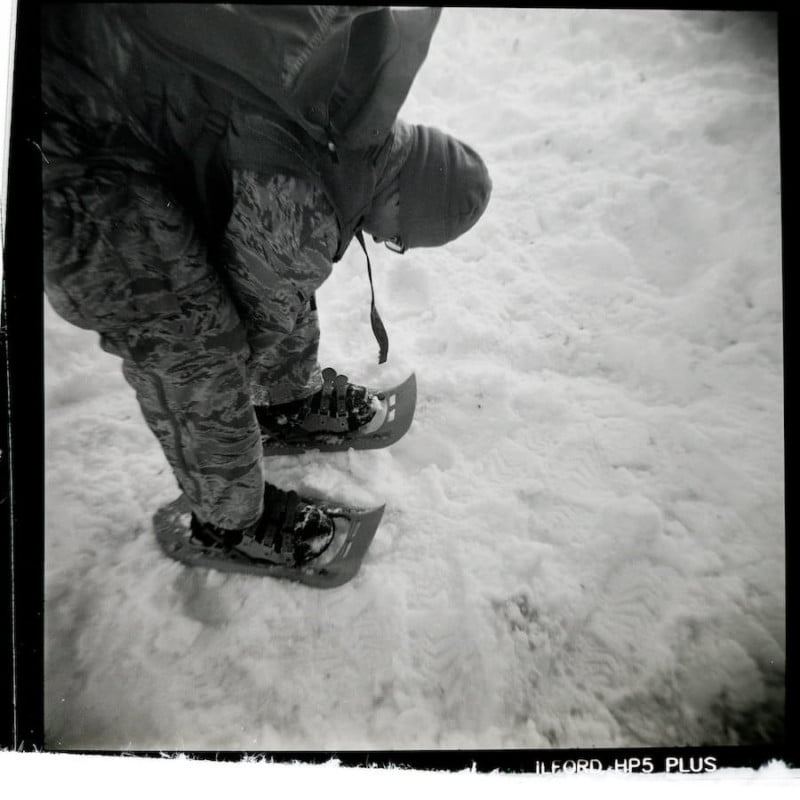 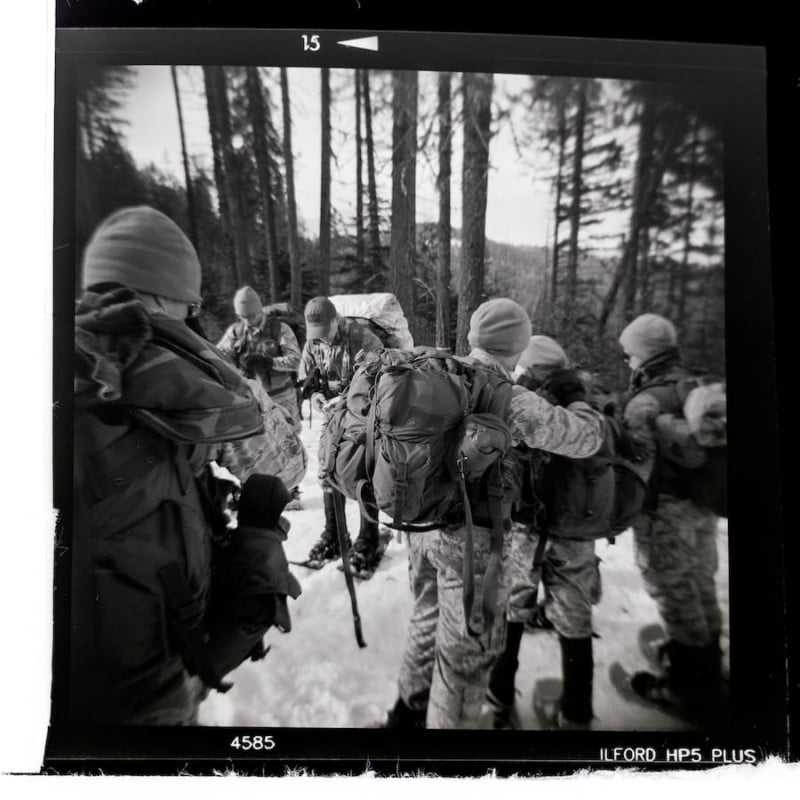 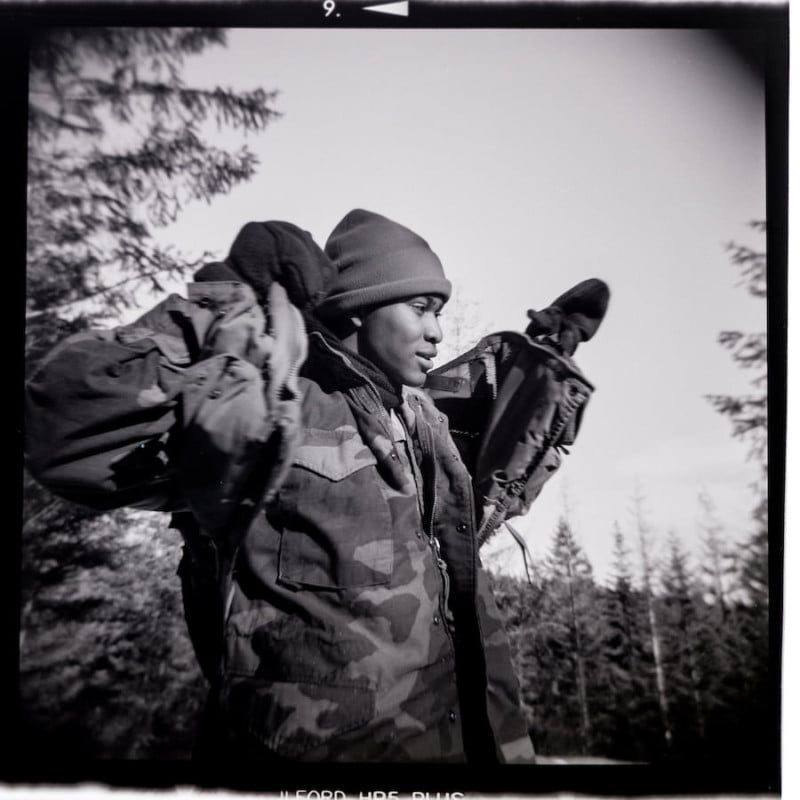 SERE School is tough — it’s often called the best-worst time of your military career. After graduation and returning to Los Angeles a month later, I had the film developed locally and scanned the images myself at home. Upon seeing the results, it was immediately all worth it. Bringing the Holga 120N was the best creative choice I could have made. I learned patience, resilience, and how to flex my creativity in the worst of conditions.

About the author: Corban Lundborg is a Los Angeles-based professional artist and a member of the Air Force Reserve as a photojournalist in the 4th Combat Camera Squadron. The opinions expressed in this article are solely those of the author. You can find more of Lundborg’s work on his website and Instagram.

Finding Inspiration in the Limitation

How to Easily Remove Color Casts in Photoshop