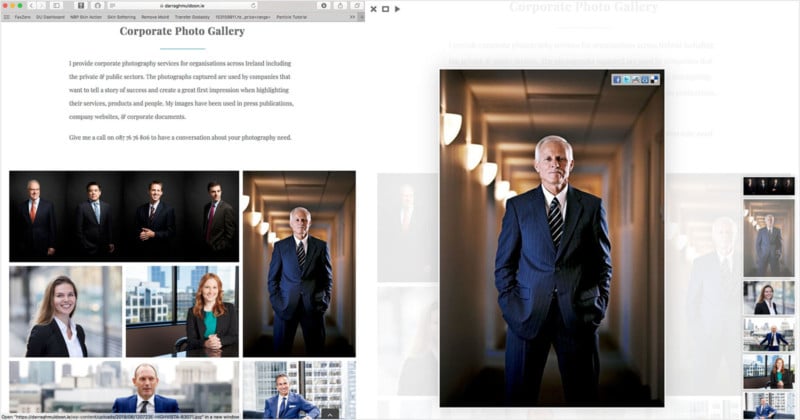 My name is Brad Trent, and I’m a portrait photographer based in New York City. Yesterday, on April Fools’ Day, I received an anonymous email that pointed me to a photographer’s website who seemed to be passing off one of my photographs as his own.

Update: The “photographer” has taken down the site, explaining that it was done as part of a marketing course. See below for his statement.

Since I have been locked inside my apartment for almost three weeks—and had just watched the Netflix Documentary, “Don’t F**k With Cats” about a group of Facebook sleuths who tracked down a murderer—I had plenty of time to do some reverse-image searching and Internet sleuthing of my own to get to the bottom of how my photograph ended up on the website of Darragh Muldoon, who touts himself as being “Ireland’s most loved wedding photographer”. So, starting at the beginning, with that anonymous email… It came through the contact page on my website and it simply had a link to the photographer’s website… 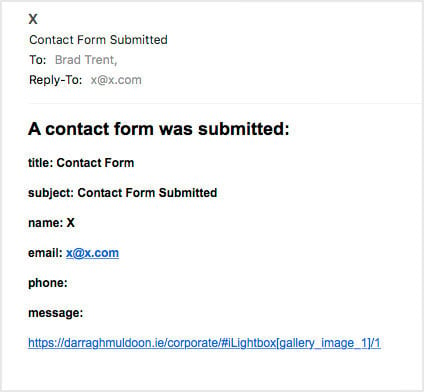 The link took me to a ‘Corporate’ image gallery… …and right there at the top was a portrait I had taken back in 2011 of William B. Chandler III, a federal judge in Delaware I shot for The Deal… 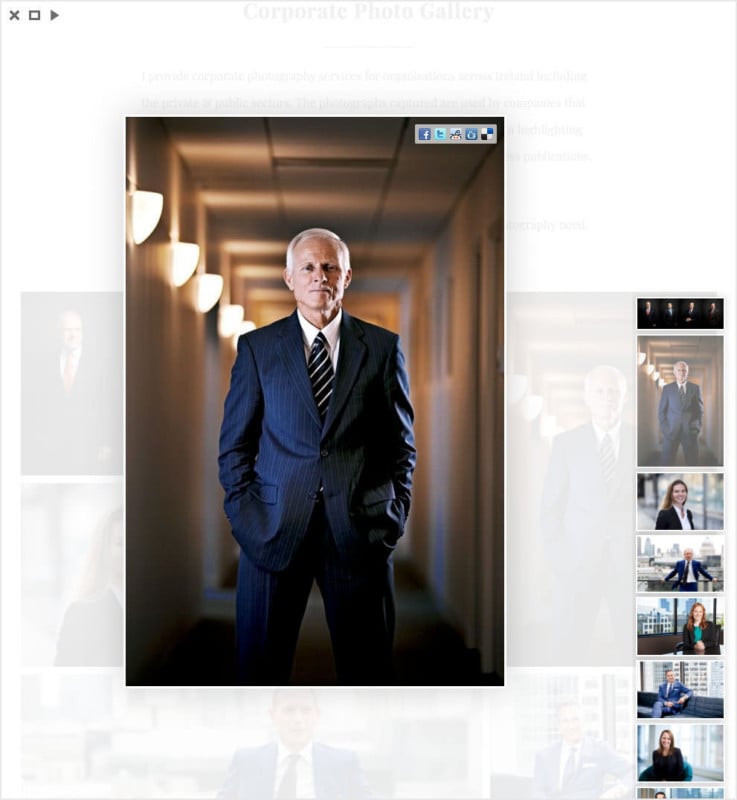 Okay, so obviously this Darragh Muldoon is a “photographer” who steals other photographers’ work, but something else struck me immediately: I recognized the series of four executive portraits that we right next to my shot.

I knew who took those photos. They were done by my friend, Jason Grow! I remember them from a post from the PhotoShelter Blog… I called Jason to let him know what I found and he was ready to book a flight to Dublin to have a talk with Mr. Muldoon, but I told him to hold his fire while I did a little more work. I found an image taken by New York photographer Matt Greenslade: …and one by London photographer Brian Lloyd Duckett: 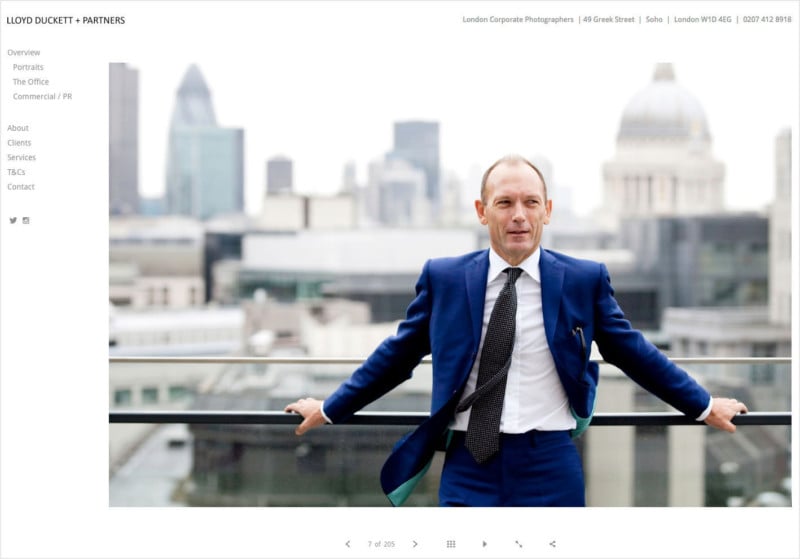 But no single photographer had more photographs stolen by this guy than Irish photographer Jennifer McCarthy. At first, I thought he had just taken two of her images… 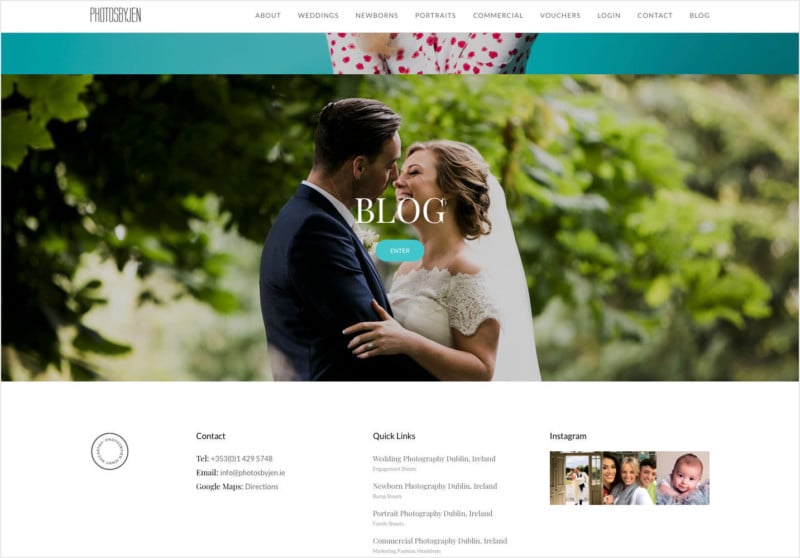 But when I reached out to Jenny to let her know about Muldoon’s website, she got back to me to let me know that every single photo in his “New Borns” gallery was hers! Here is Jenny’s newborn portrait gallery: …and this is Muldoon’s newborn gallery: 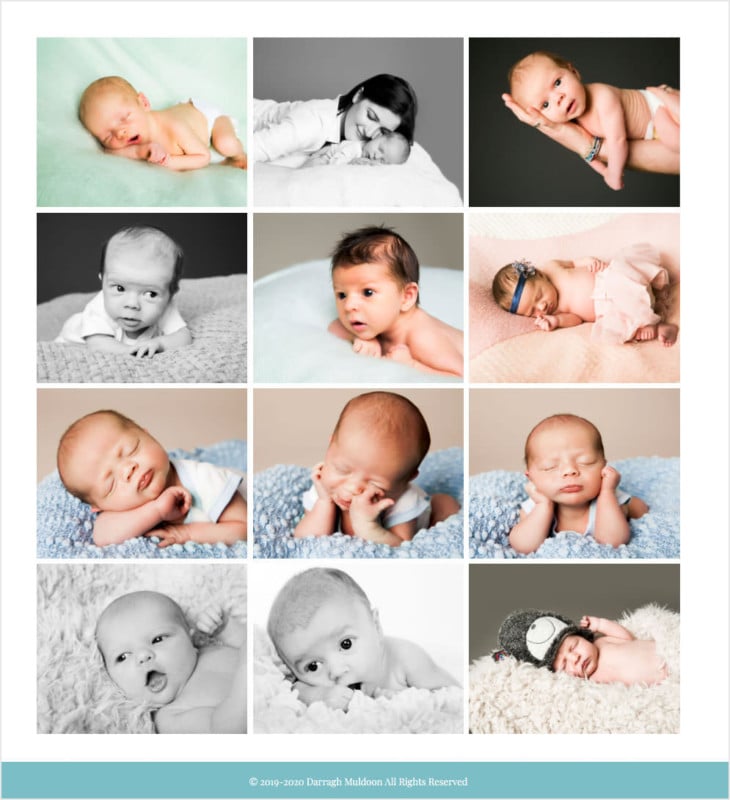 You get the picture!

I called all of the above photographers to let them know what I’d found and of course, they all wanted to join Jason on that trip to Ireland, but I talked them down, explaining that I figured exposing Darragh would probably have a better effect than confronting him.

I finished my day by reverse-searching as many images as I could find and traced many of Muldoon’s photos back to Adobe Stock, Alamy, Shutterstock, and Unsplash. But since so many of the images he stole were generic stock photos, TinEye showed me hundreds of places where he might have grabbed the photos from, and tracking down the rightful owners would take a far geekier dumpster-dive than even I was willing to take!

So what can be achieved by all of this detective work?! I don’t know. But I suggest that Darragh stop ripping actual photographers… and maybe choose another career, as well.

Update on 4/6/20: Muldoon has taken down the website and provided this explanation:

I want to most sincerely apologise for the terrible mistake I made by taking other work and saying it was mine. I am not a photographer – I am a marketeer who was literally trying to set up a wordpress site as a project within a course I am doing for marketing. The site is offlien now and I will delete out all images. My sincerest apologies for this.

Editor’s note: We’ve reached out to Muldoon for comment/explanation and will update this article with his statement if we ever hear back.

About the author: Brad Trent is a portrait photographer based in New York City. His clients include many of the biggest brands and publications in the world. You can find more of Trent’s work on his website, blog, and Instagram.

Fro Knows Nothing: A Spot-On Parody of ‘Fro Knows Photo’

Mental Health Help for Photographers (And Everyone Else)