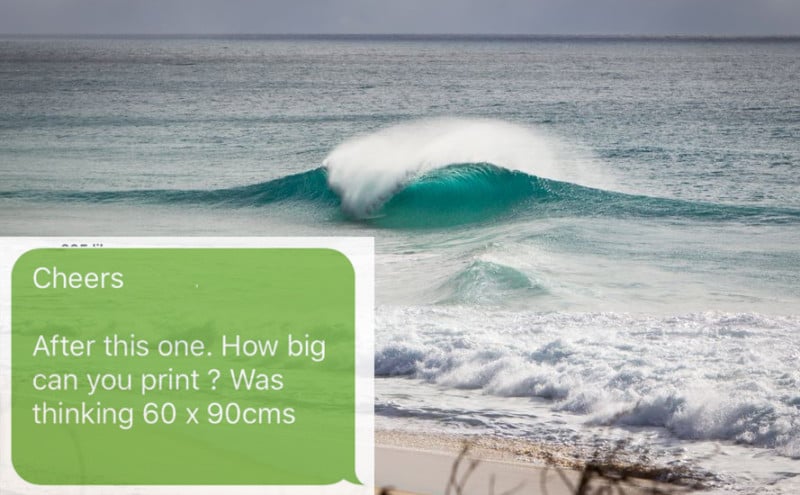 When photographer Steve Arklay discovered his photo on someone else’s Instagram account, posted without credit or permission, he didn’t send a takedown request. Instead, he started a dialogue with the photo thief, trying to buy a print of his own photograph.

This has to be one of the stranger copyright infringement stories we’ve heard, and it starts on Instagram where the Australia-based Arklay first found his photo of King Island, posted without credit or permission. It had been featured with permission as Swellnet‘s wave of the day back in 2015, which is probably how the thief got his hands on the image. 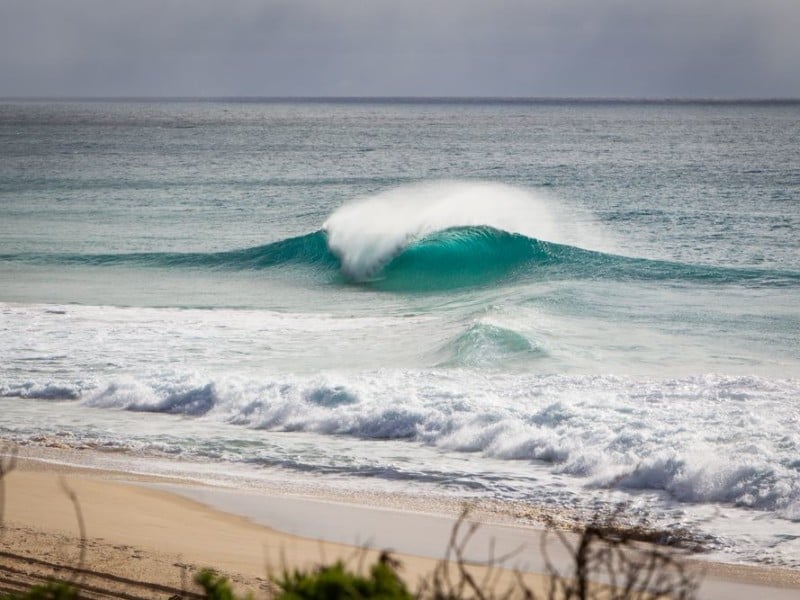 So far this story is, sadly, nothing new. And neither is what Steve found next. After a bit of research he found his photo on the offending “photographer’s” Facebook page, watermarked by the other guy, and available for sale: 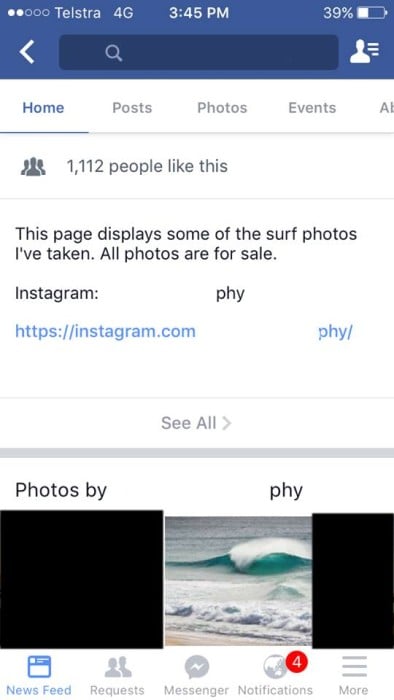 This is usually the part where Arklay is supposed to get really angry, post a comment on the photo, and the story ends there. But Arklay’s curiosity got the best of him, so he sent the photo stealer this message instead: 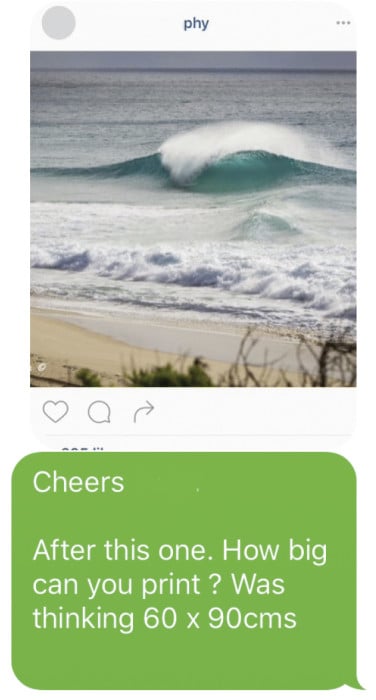 Obviously it would be impossible to print a stolen, low-res Instagram image at that size. Since Arklay was pretty confident the photo stealer didn’t have the original, he wasn’t surprised when he received the reply below, but he kept pushing to see how far he could take it. 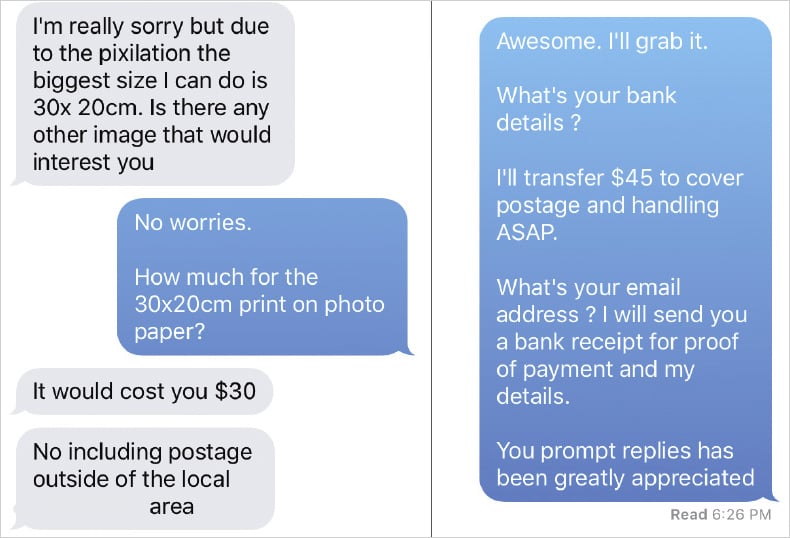 This is where the conversation broke down. Steve sent the “photographer” his information and, upon seeing the name of the real photographer this person had stolen from, he took down all the offending images and stopped all communication.

It was certainly just as effective (if not more so) than a DMCA notice, and probably a bit more fun. For his part, Steve says that he wasn’t trying to entrap the guy or build up sufficient evidence to pursue legal action. He was just satisfying his curiosity.

But the question remains: how much money did this person make by selling Steve’s work? Maybe legal action wouldn’t have been such a bad idea.

Image credits: Photos and screenshots by Steve Arklay and used with permission.

The Miggo Pictar Grip Uses Ultrasound to ‘DSLR Your iPhone’