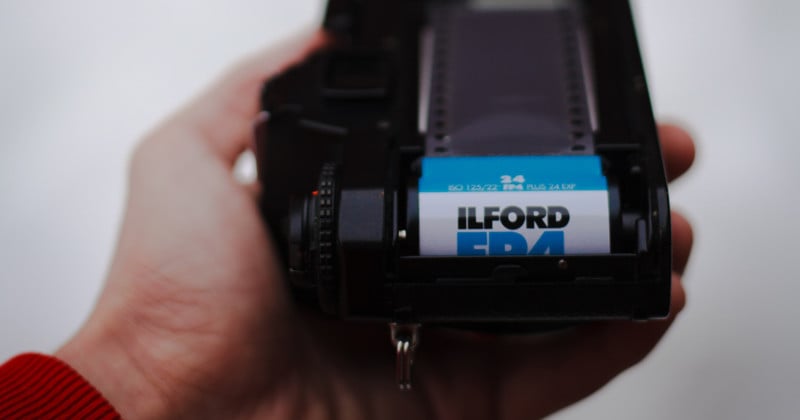 UK-based film maker Ilford has shut down production for the foreseeable future. While the company is still allowed, legally speaking, to continue operations during the UK’s country-wide lockdown, it has chosen to shut down manufacturing in order to prioritize the health and safety of its employees.

Ilford released its first statement about COVID-19 last week, explaining that the company was still producing film while following UK Government guidelines in order to ensure the health and safety of its employees. But after receiving some criticism from concerned photographers, and as the virus has continued to spread, the company has made the difficult decision to halt manufacturing all together.

“As the situation escalates, we have had to take the difficult decision to temporarily cease production at our Mobberley site from Wednesday 1st April 2020 until further notice,” reads a statement published yesterday. “While the UK government advice indicates that manufacturing businesses can still operate, with the country in lockdown we feel now is the time to act in order to protect our employees and our National Health Service (NHS) by minimising the spread of the virus.”

The impact on customers won’t be felt for a little while, as Ilford is keeping warehouses open and had previously ramped up production of its most popular products to compensate for the coming shut down. Demand will slowly wear away supply in the coming weeks though, so if you have the means and the interest to support Ilford through this trying time, they suggest ordering product sooner rather than later.

As for the company itself, Ilford and its employees are obviously hoping to re-open as soon as they can safely do so.

“Most of our employees have been ‘furloughed’ under a UK government job retention scheme and are all eager to pick up where they off as quickly and efficiently as possible,” reads the statement. “At that point the world may still be facing economic challenges and further uncertainly but with your continued support and passion we are determined to come back stronger than ever.”

To read Ilford’s full shut-down statement for yourself, click here.

Astronaut Snaps Photo Tribute to Doctors and Nurses from Space