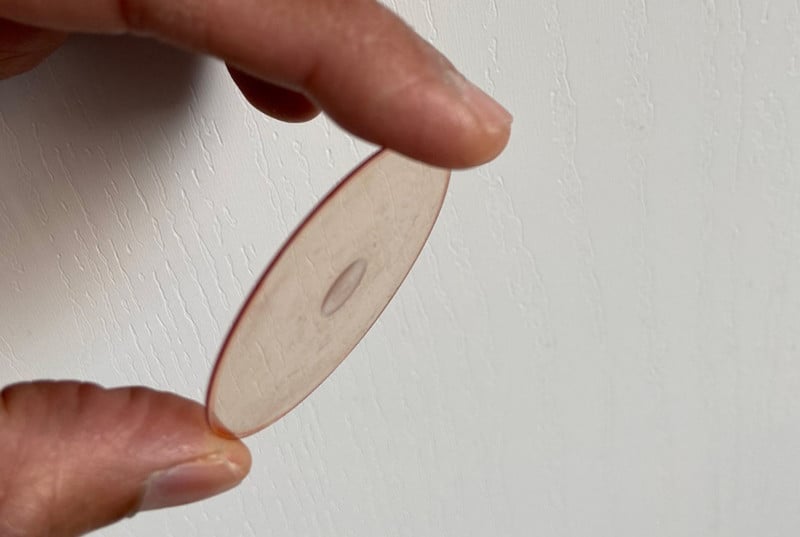 Scientists have created a new focus-free camera using an ultra-flat lens that “eliminates the need for focusing.” The development could have an impact on both photography and a wide range of industries.

The research is being done by a team led by Electrical and Computer Engineering Professor Rajesh Menon of the University of Utah, who reported the development of the lens back in October 2019.

Using that lens, which only measures about 1/1000th of an inch thick, Menon and his team created a new camera that doesn’t need to be focused. While traditional camera lenses use multiple lens elements and need to adjust the relative positioning of those elements to nail focus on subjects, the new flat lens provides “extreme depth-of-focus imaging” that keeps all subjects in focus.

In an article published in the journal Optica, the researchers describe how they used nanostructures on the surface of the flat lens to precisely control the way light travels through it. Subjects that are various distances from the camera are all in focus. Here’s a video with two clips shot with the flat lens in front of a conventional camera sensor:

“The new lens eliminates the need for focusing and allows any camera to keep all the objects in focus simultaneously,” Menon tells Business Wire. “Conventional cameras also use multiple lenses to keep different colors of light in focus simultaneously. Since our design is very general, we can also use it to create a single flat lens that focuses all colors of light, drastically simplifying cameras even further.”

The researchers say their latest breakthrough came when they realized that there were other ways to direct light besides using traditional lenses to turn parallel light waves into spherical ones that converge on a focal spot.

“In stark contrast to what is taught in optics textbooks, our research has shown that there is more than one way that light transmission is affected by an ideal lens – a concept known as pupil function,” Menon says. “This opened essentially infinite possibilities for the lens pupil function, and we searched through these possibilities for one that achieved an extreme depth of focus.”

Menon believes the lens and camera could one day be used in everything from still photography on smartphones to medical imaging to self-driving cars.

“Our flat lenses can drastically reduce the weight, complexity and cost of cameras and other imaging systems, while increasing their functionality,” he says. “This research is a good example of how abandoning traditional notions can enable devices previously considered impossible. It serves as a good reminder to question dictates from the past.”

(via Phys.org and Business Wire)

Coronavirus: 10 Pieces of Business and Financial Advice for All Photographers