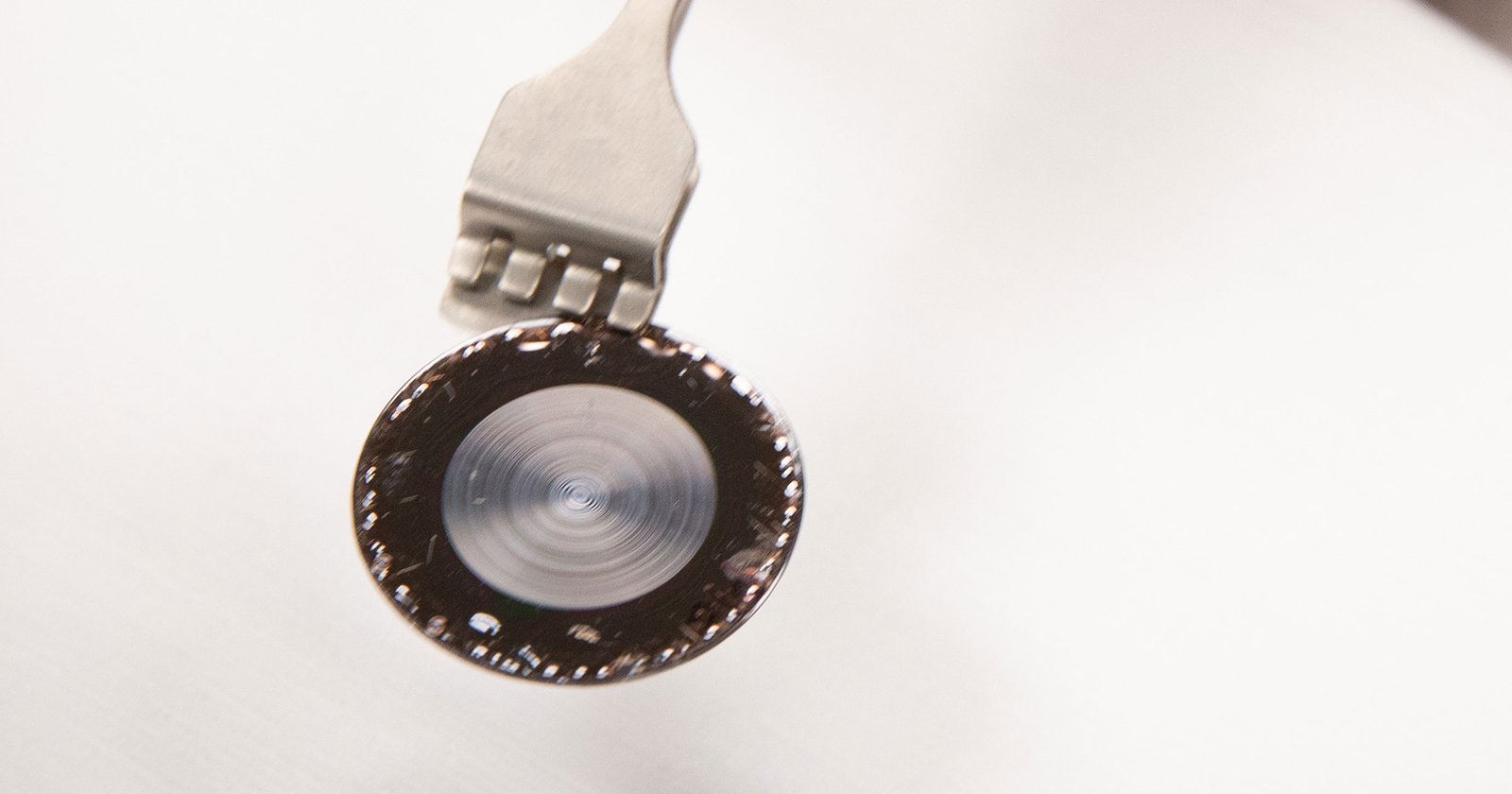 A team of researchers from the University of Utah have made a major breakthrough in optics by developing a new kind of flat lens that’s only ten microns thick, making it “a thousand times thinner than regular lenses.” And apparently, it doesn’t sacrifice performance.

The breakthrough was published in the Journal PNAS, and it’s primarily being hailed as an advancement applicable to drone use, military imaging, and mobile photography. These lenses could replace the current optics inside smartphones, allowing manufacturers to do away with the dreaded “camera bumps” that have become so common.

Compared to the millimeter-thick lens elements inside, say, the new iPhone 11 Pro’s triple camera system, U of Utah associate professor Rajesh Menon says that the lens they’ve developed is “a hundred times lighter and a thousand times thinner, but the performance can be as good as conventional lenses.” You can see a picture of the flat lens below: 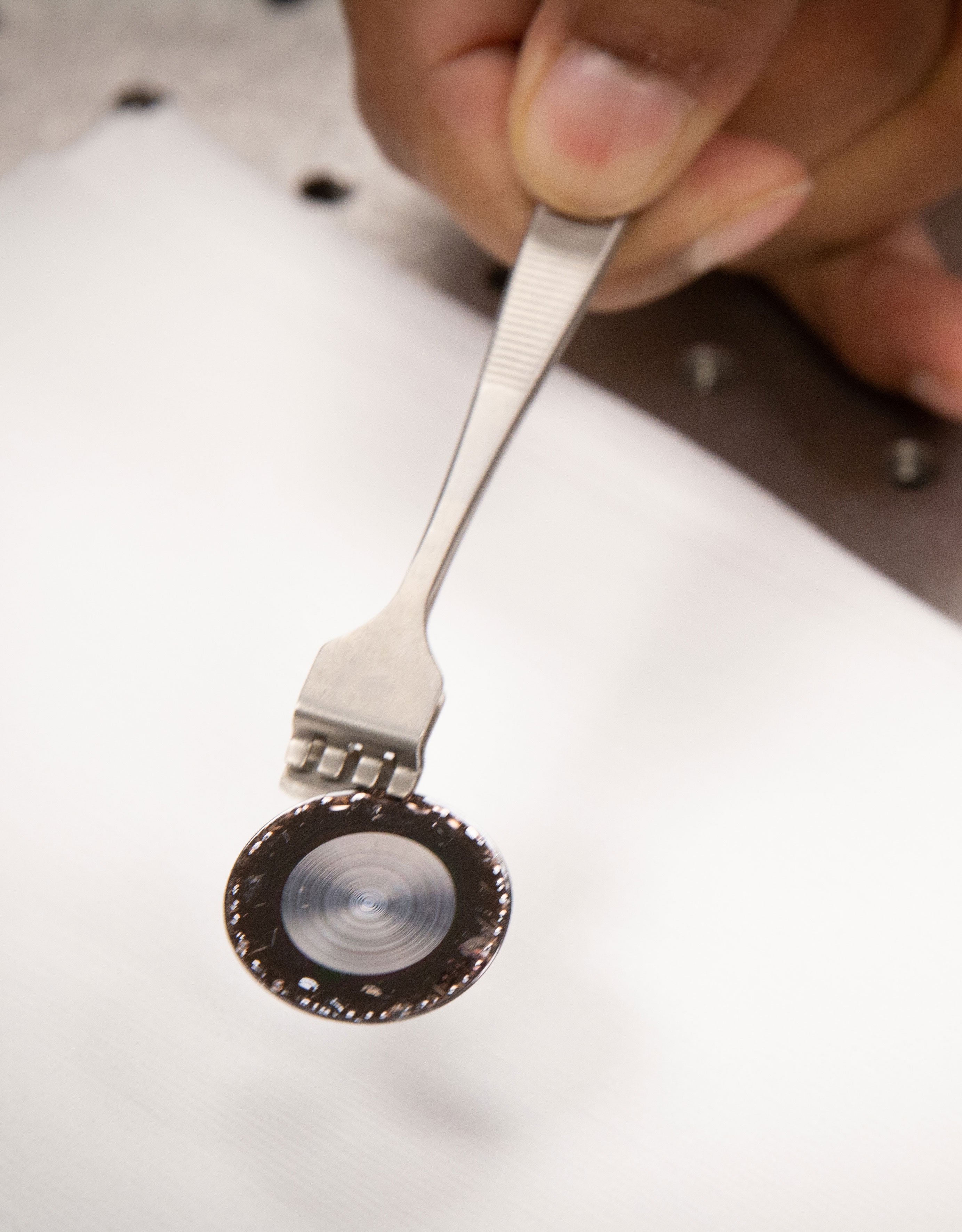 Menon and the rest of the team achieved this breakthrough by using microstructures. Instead of one large curved element, you have thousands of these microstructures that, together, focus light on an image sensor to the same degree as much larger and thicker traditional lenses. “You can think of these microstructures as very small pixels of a lens,” explains Menon in an article published by the University of Utah. “They’re not a lens by themselves but all working together to act as a lens.”

It wasn’t easy. The team had to develop a fabrication process with a new type of polymer, and algorithms that can calculate the geometry of the microstructures so they focus light properly. But the result is a lens that is “20 times thinner than a human hair” and can be made out of plastic to cut costs even further.

In their paper, the researchers focused on smartphone cameras and military applications, since the new lenses are capable of night vision imaging as well. But forget that… our imaginations immediately travel to a future where every lens is a pancake lens. Imagine comfortably hand-holding a 600mm f/4 while out shooting wildlife, or capturing fast action from the sidelines?

Of course, there’s no word on when (or if) they’ll be able to apply this technology to the large lenses and sensors that traditional photography typically relies on, but something tells us it isn’t a matter of if, but when, flat lenses revolutionize photography as we know it.

To learn more about this breakthrough, head over to the University of Utah website or peruse the full paper here.