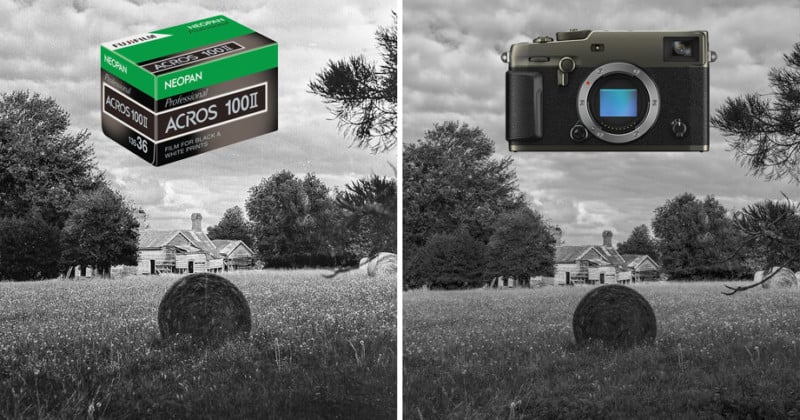 The recent release of the Fujifilm XPro3 camera coincided with me getting some recently re-released Fujifilm ACROS 100II film. Given my love of Fujifilm digital cameras, film photography, and ACROS film, I desperately wanted to shoot and compare the new XPro3 alongside a rangefinder film camera.

Fortunately, the good people at Fujifilm Australia were kind enough to send me a XPro3 to use for a couple of weeks to satiate my desire.

For the film setup, I dusted off a Yashica Electro 35 GSN with a 45mm f/1.7 lens, placed a red filter on the lens. and loaded in some Fujifilm ACROS 100II 35mm film. On the digital side, since the XPro3 is a crop-sensor camera, I attached a 27mm (41mm full-frame equivalent) f/2.8 lens and dialed in the ACROS-R film simulation.

The -R is the ACROS simulation with a simulated red filter, so in theory, I had two rangefinders with very similar specs.

I threw both cameras in my car and carried them around for the 2 weeks, pulling them out to take identical photos around my home on Phillip Island, Australia. Once 36 exposures were taken, I used a stand developing method with a 1:100 Rodinal solution to develop the film and scanned the images on an Epson V550 scanner.

Here’s the big reveal – image comparisons. The top or left image is the 35mm ACROS 100II image and the bottom or right image is the ACROS -R JPG digital image (click for higher resolution): 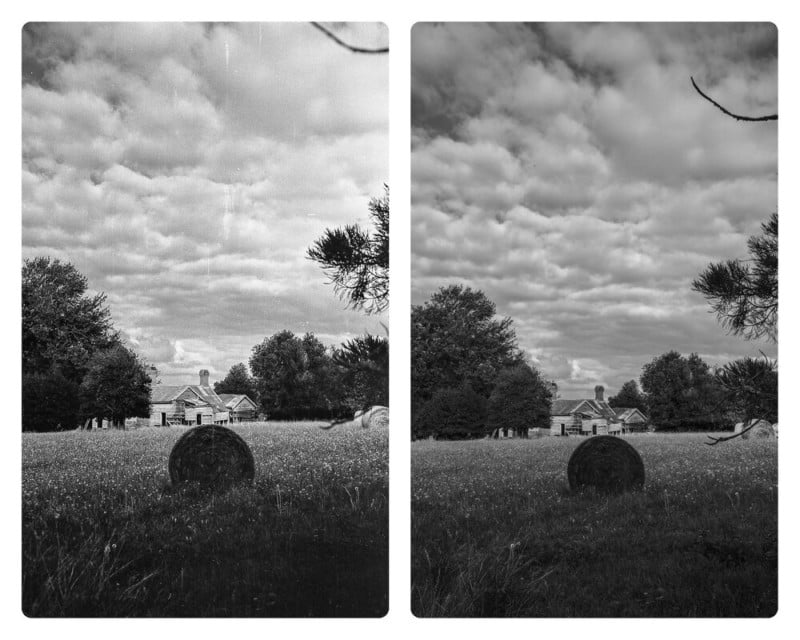 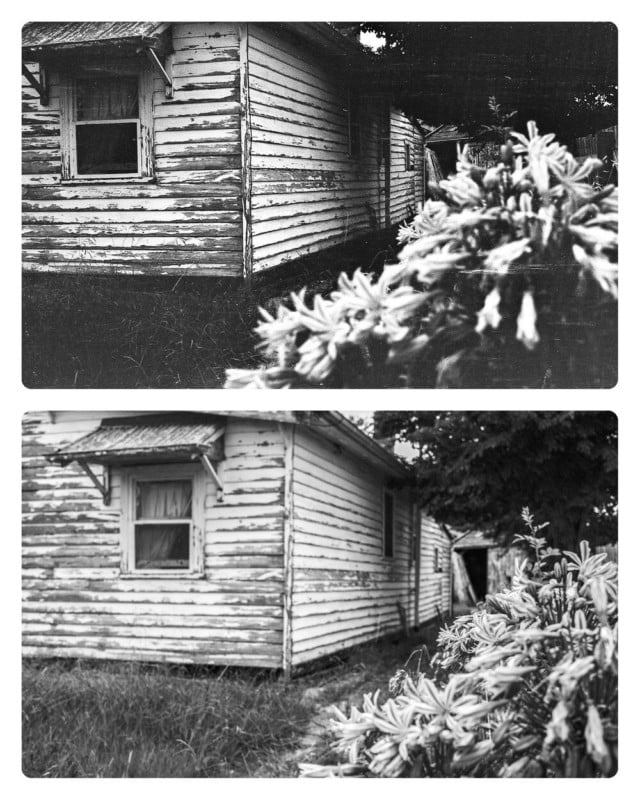 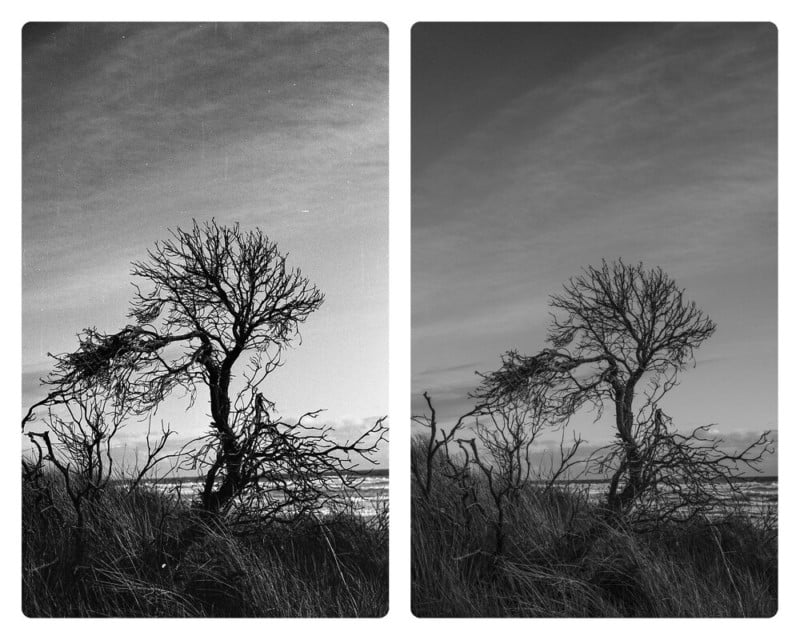 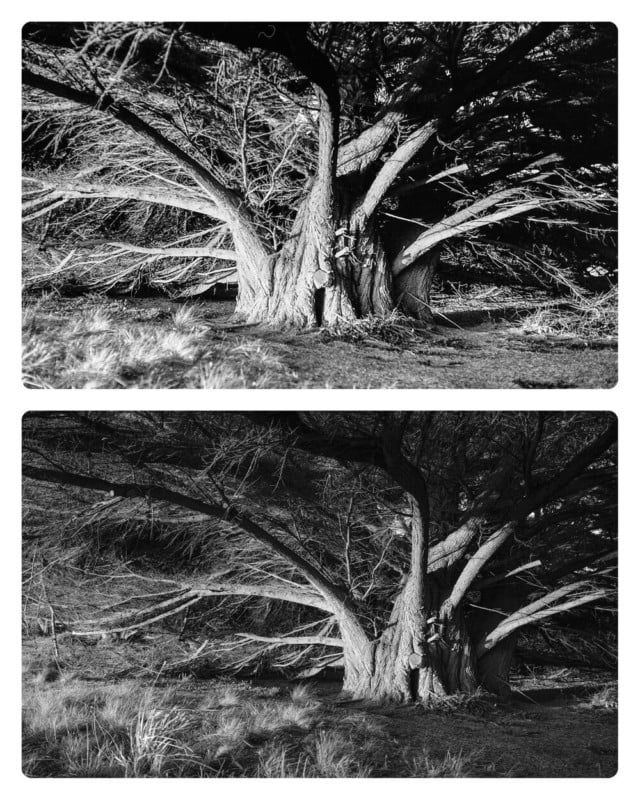 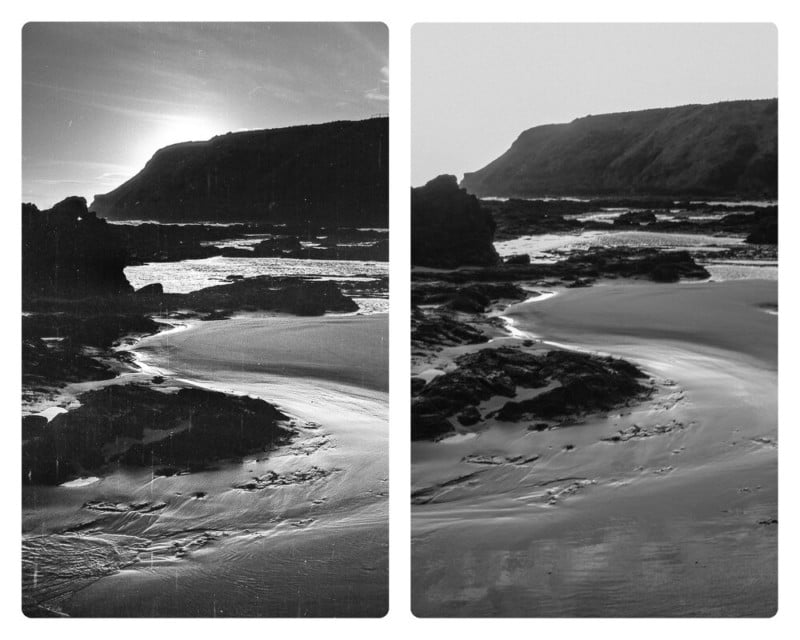 These shots look pretty similar to me. I think Fujfilm did a great job on the ACROS digital film simulation. I was surprised the shots were similar in look and feel; however, they do exemplify the differences between digital and film. From these images I have a much greater appreciation for the way film preserves and manages highlights. They look superb. Of course the digital sensor excels at shadow recovery, even in a jpg file.

As for the XPro3, I like the rangefinder feel especially when using the optical viewfinder. It does help to recreate a film shooting aesthetic. I probably would not use this camera out shooting landscapes or as a serious wildlife/sports camera, as I found the rear LCD cumbersome when flipped down as I changed camera orientation, and it did not have the same balance and feel as my X-T3 when I attached a 100-400mm f/4.5-5.6.

However, it’s a super fun camera to shoot. I reckon it would excel as a street shooter and add a little interest and fun to the digital experience.

Which images do you prefer?

About the author: Dale Rogers is a Phillip Island, Australia-based photographer and co-founder of Photo Rangers. To see more of his work, visit their website or give Photo Rangers a follow on Instagram and Facebook. A longer version of this post was originally published here.

My Portrait Session with Fidel Castro