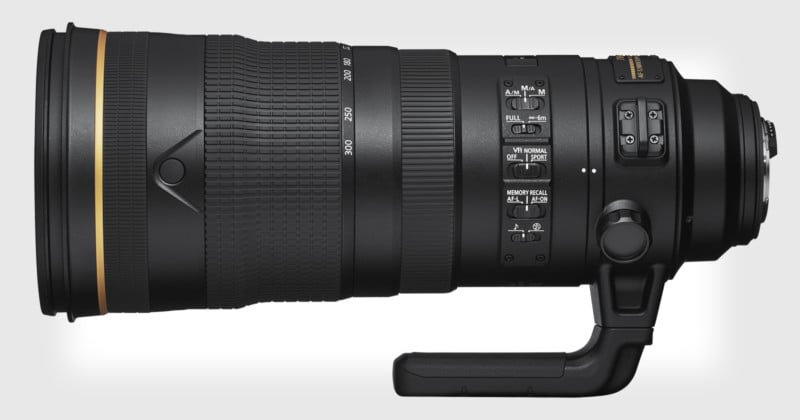 PetaPixel has confirmed that Nikon is experiencing production delays on some of its most recent products due to the novel coronavirus (COVID-19) outbreak. Having previously apologized for the delay of the 70-200mm f/2.8 Z lens, Nikon Inc. told us that the recently released 120-300mm f/2.8E F-mount lens has also been delayed “as we determine the global impact of the novel coronavirus outbreak.”

This fresh delay was first brought to light by Nikon Rumors, who reported that Nikon’s 120-300mm f/2.8E F-mount lens had not started shipping on February 29th as previously expected. The original press release announcing the lens said that it would ship “in February,” but Amazon now lists the lens’ ship date as “March 31.”

PetaPixel reached out to Nikon Inc. to see if we could obtain confirmation of this news, and received the following statement in response:

The U.S. availability for the AF-S NIKKOR 120-300mm f/2.8E FL ED SR VR will be announced at a later date as we determine the global impact of the novel coronavirus outbreak. We will communicate updates on timing as they become available.

This news comes only a day after we discovered that Canon would be temporarily shutting down 5 of its factories in Japan due to the outbreak, and just a couple of weeks after CP+—one of the world’s largest photography trade shows—was forced to cancel this year’s expo. While not every company has come out and confirmed delays and/or factory closures, we would expect similar delays to affect all new products announced over the past few months, regardless of brand.

A Complete Guide to Using Off Camera Flash for Wedding Photography

How to Shoot Street Photographs with Humor