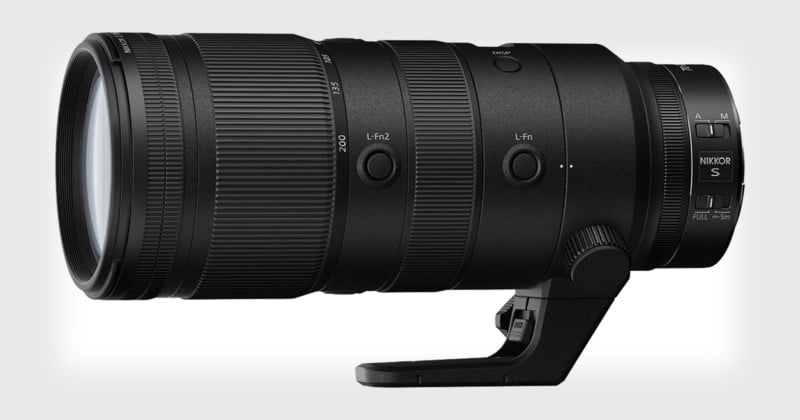 Nikon Japan has published a notice indicating that the long-awaited NIKKOR Z 70-200mm f/2.8 VR S lens will have to be awaited a tiny bit longer. The lens, along with its three main accessories, have been delayed and will not be shipping on February 14th as previously announced.

The $2,600 70-200 lens for Nikon Z-Mount cameras was announced on January 6th with an expected ship date of “February.” However, it seems the lens’ production in Japan either can’t keep up with demand or has hit an unexpected roadblock.

“The release date of the NIKKOR Z 70-200mm f/2.8 VR S lens, which was announced to be released on February 14, 2020, has been postponed due to production reasons,” reads the Google translation of the notice posted by Nikon Japan. “We apologize for any inconvenience this may cause to customers waiting for this product.”

In addition to the lens, its lens hood, lens cap, and lens case are also delayed, which is unsurprising.

Unfortunately, Nikon has not established a new ship date for the lens and associated products, saying only that, “the release date will be announced once it is confirmed.” We’ve reached out to Nikon Inc. to confirm that this delay will affect shipments world-side, as well as how long the delay might last, and will update this post when we hear back.

UPDATE: Nikon Inc. has responded to our request for comment and provided the following statement:

We apologize for the delay of the NIKKOR Z 70-200mm f/2.8 VR S lens. We are currently making final adjustments as part of our production process in order to ensure the highest quality product. We will provide availability as soon as possible.