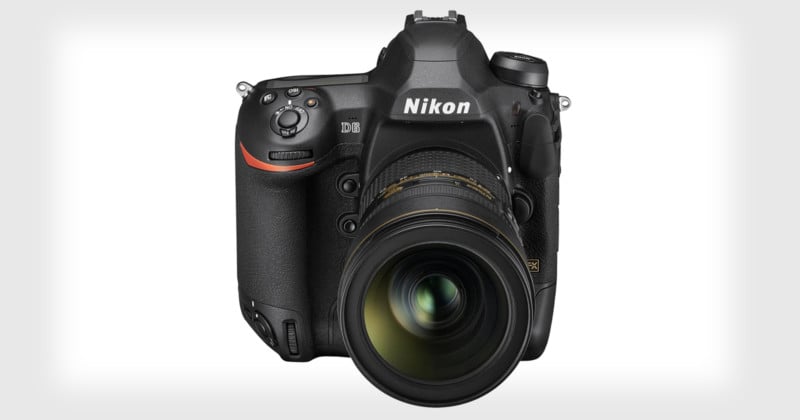 After a development announcement last year and a lackluster teaser campaign, Nikon has finally unveiled their latest flagship full-frame DSLR for sports shooters and photojournalists: the Nikon D6.

If the Canon 1D X Mark III was all about speed and video performance, the Nikon D6 seems to have doubled down on focus performance and professional “workflow” features.

At its core, the D6 uses the same 20.8MP resolution full-frame CMOS sensor as its predecessor that maxes out at the same 4K/30p when shooting video, and you won’t find any on-sensor phase detect points for improved Live View capabilities. Instead, the hero-feature of this new camera is the new 105-point all-cross-type AF system that Nikon is calling “the most powerful AF system in Nikon’s history.”

Not only does the D6 uses a “triple-sensor arrangement” for every focus point to achieve coverage that’s “approximately 1.6x denser” than the D5, the AF system is also much more customizable.

Group AF now supports up to 17 custom focus point arrangements that users can pre-set depending on the subject they’re shooting, and something called “expanded focus detection range” increases the detection area for single-point and dynamic area AF so you can still nail focus even if your subject drifts outside your focus point.

Speed has also been improved, with the maximum burst rate increased from 12fps to 14fps with full AF/AE tracking, or 10.5fps in “silent mode” using the electronic shutter. You can also pull stills from video by pressing down the shutter during Movie Mode, allowing you to “shoot” up to 60fps in Full HD (2MP), or 30fps in 4K UHD (8MP).

Nikon has also added a bunch of workflow enhancements for the pros. There’s built-in 2.4 and 5GHz WiFi, a USB-C port and dual CFExpress card slots allow for much faster data transfer, recall shooting functions let you assign a combination of settings to a single button, JPEG functions give you the ability to simultaneously record two JPEG images at different size and quality settings, and there are a total of 14 customizable buttons.

Lastly, in the durability category, the camera is made to the same professional standard as the D5 before it, featuring a magnesium alloy body that is “extensively weather-sealed” to protect you from elements.

Here’s a closer look at the new new Nikon D6 from all angles: 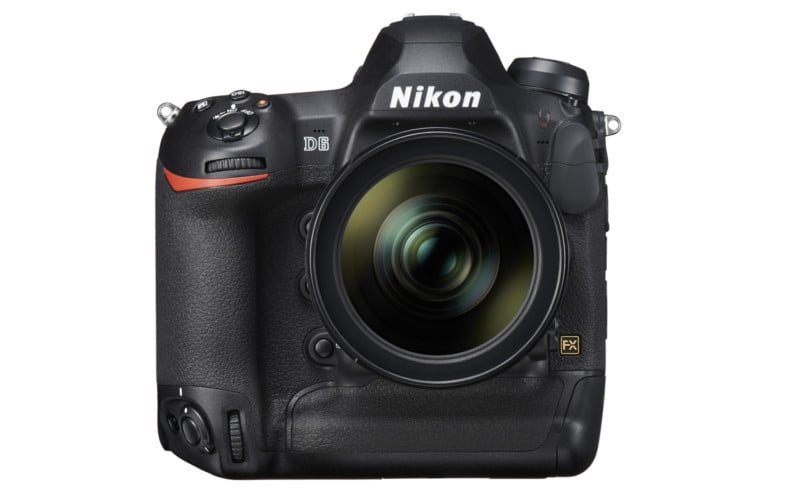 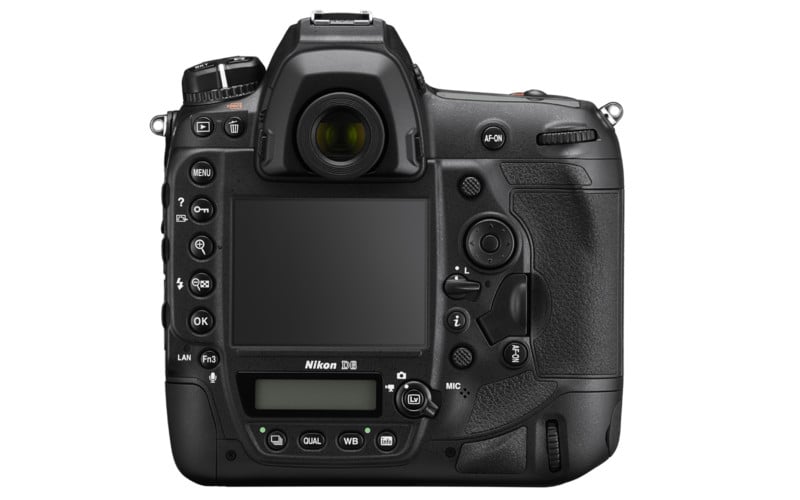 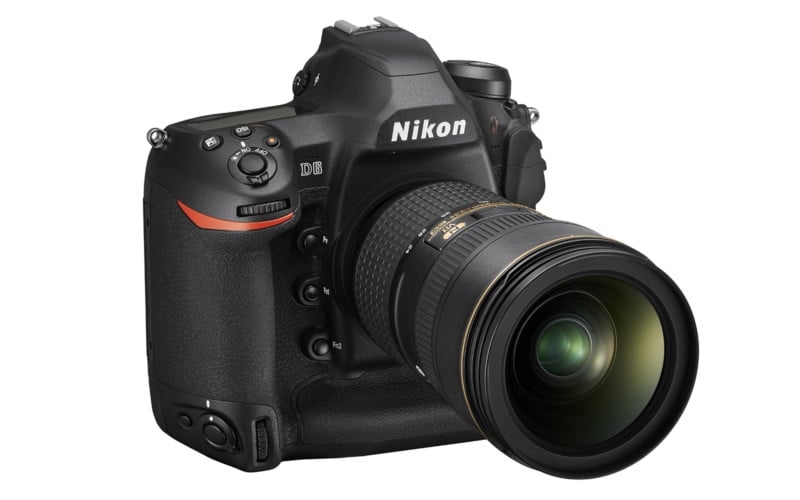 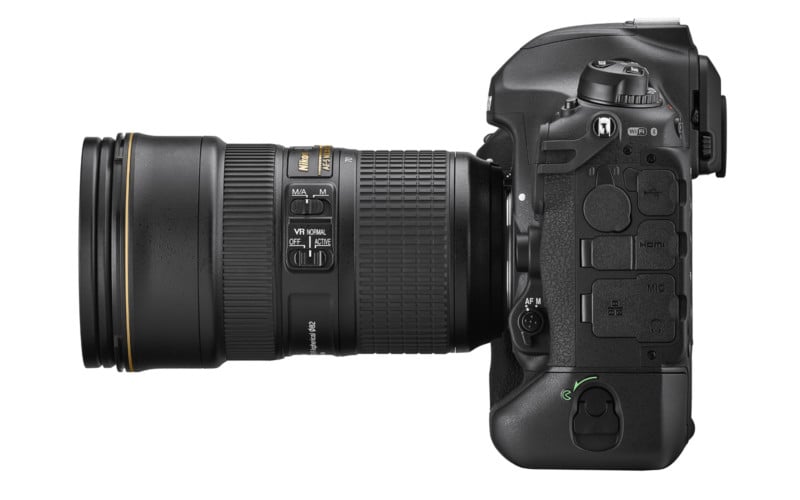 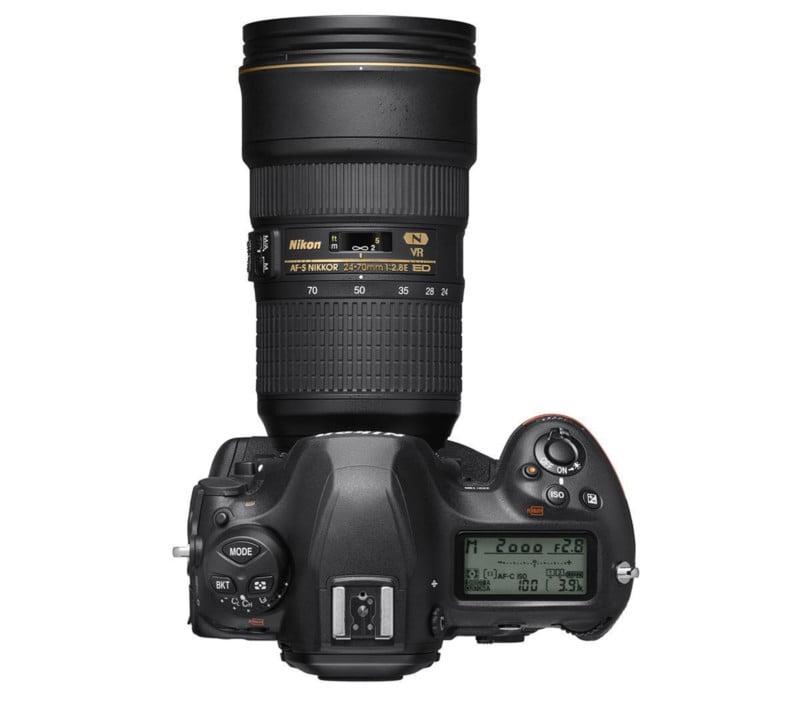 And a first impressions video published earlier tonight by Nikon:

In some ways, the Nikon D6 falls far short of its Canon competitor. It’s slower, lacks the impressive video features, and can’t compare once the mirror is locked up. Instead, Nikon has doubled-down on the focus system, shooting speed, and workflow, no doubt banking on the fact that this is what the target market of the Nikon D6 actually wants—how many sports shooters need 5.5K RAW video anyway?

Only time will tell which company made the right decision.

The Nikon D6 will hit store shelves in April for a suggested retail price of $6,500, body-only. To learn more about this camera, head over to the Nikon USA website or pre-order yours today.