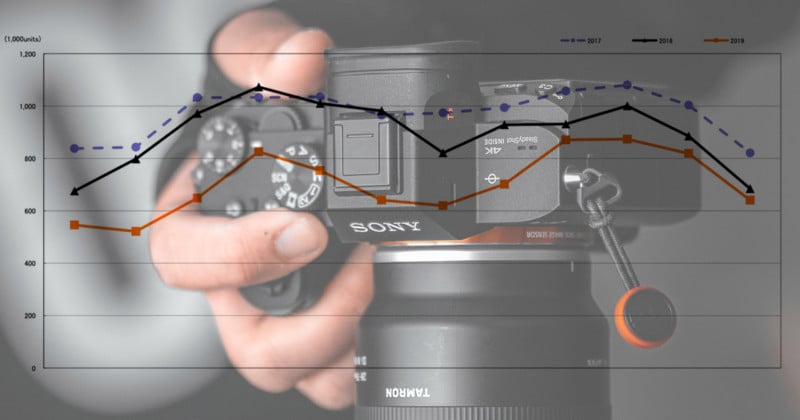 CIPA—the Camera & Imaging Products Association—has released their December 2019 sales breakdown, rounding out a devastating decade for the camera industry with the worst overall year for camera sales yet. But while there’s plenty of doom and gloom to go around, there’s reason to be optimistic, too.

On the surface, there’s not much to celebrate. Overall sales, ILC sales, and fixed-lens camera shipments: all of them declined year-over-year every single month of 2019. The overall drop of approximately 20% for December 2019 as compared to December 2018 is indicative of the rest of the year: 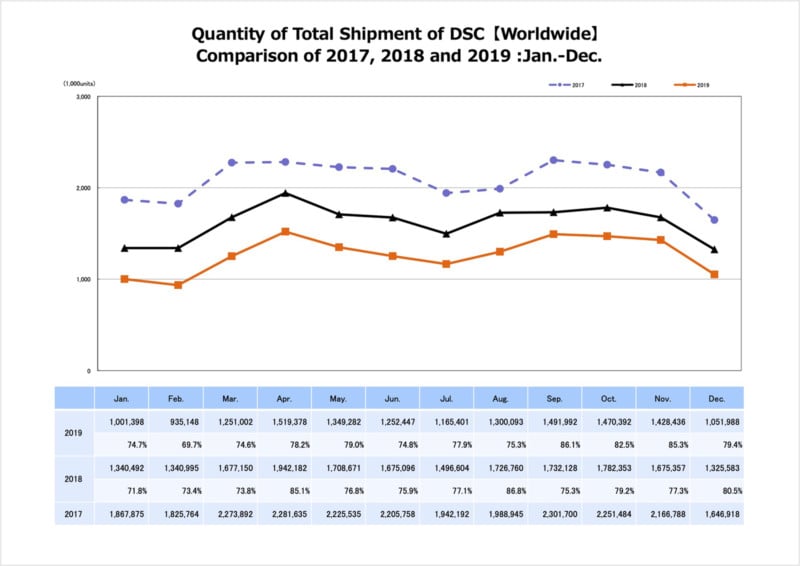 ILCs managed to close the gap a bit by the end of 2019, but never saw the spikes we saw in April and June of 2018, when shipments actually beat 2017 figures. 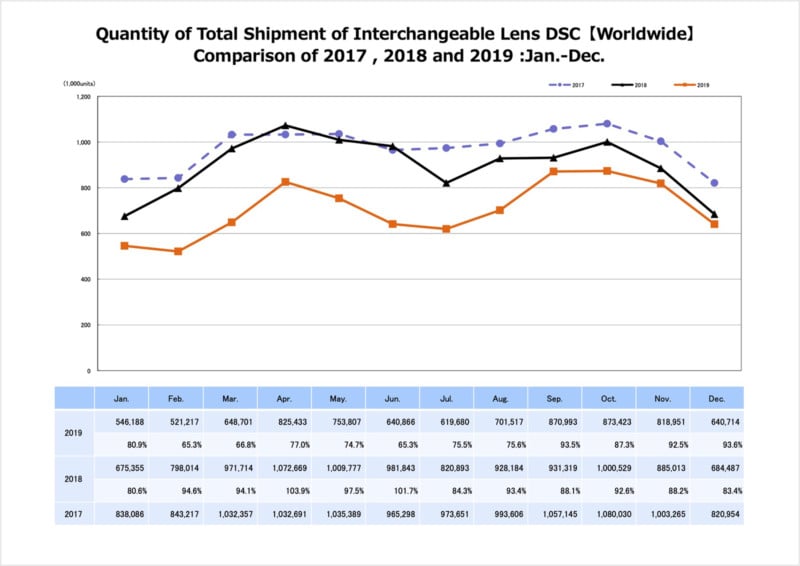 But there is a bright spot on the horizon. Despite the overall market continuing to shrink, the amount that companies are making from mid-range and high-end mirrorless cameras is increasing. Shipments of mirrorless cameras to the Americas increased by over 10%, and the value of those shipments increased across the board, even in regions where total shipments actually dropped.

For example, worldwide shipments in the Mirrorless category for 2019 dropped by 4.4%, but value actually increased by 3.6%. 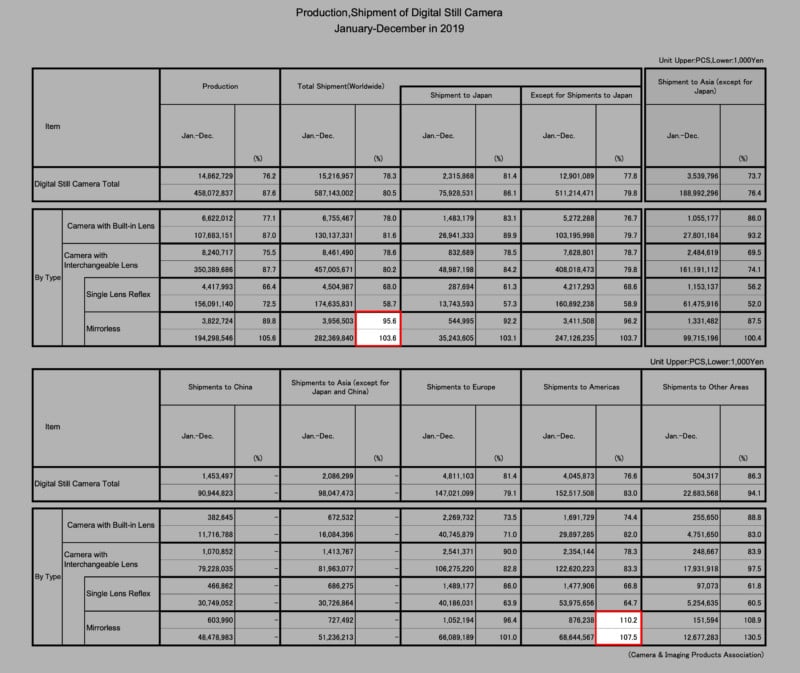 It’s not enough—not nearly enough—to recoup all of the losses they’ve sustained over the past year, much less the past decade, but it’s a positive trend that’s worth noting. Sure, Mirrorless is the only category where you’ll find growth on the entire Jan – Dec breakdown, but it’s also the only category in which companies seem to be investing aggressively.

With Canon confirming that an “advanced EOS R body” is in the works and multiple rumors of high-end mirrorless cameras in the pipeline, we’d expect that particular figure to keep on going up in 2020.

These Oversized Objects Were Shot with Photo Tricks and Zero Budget