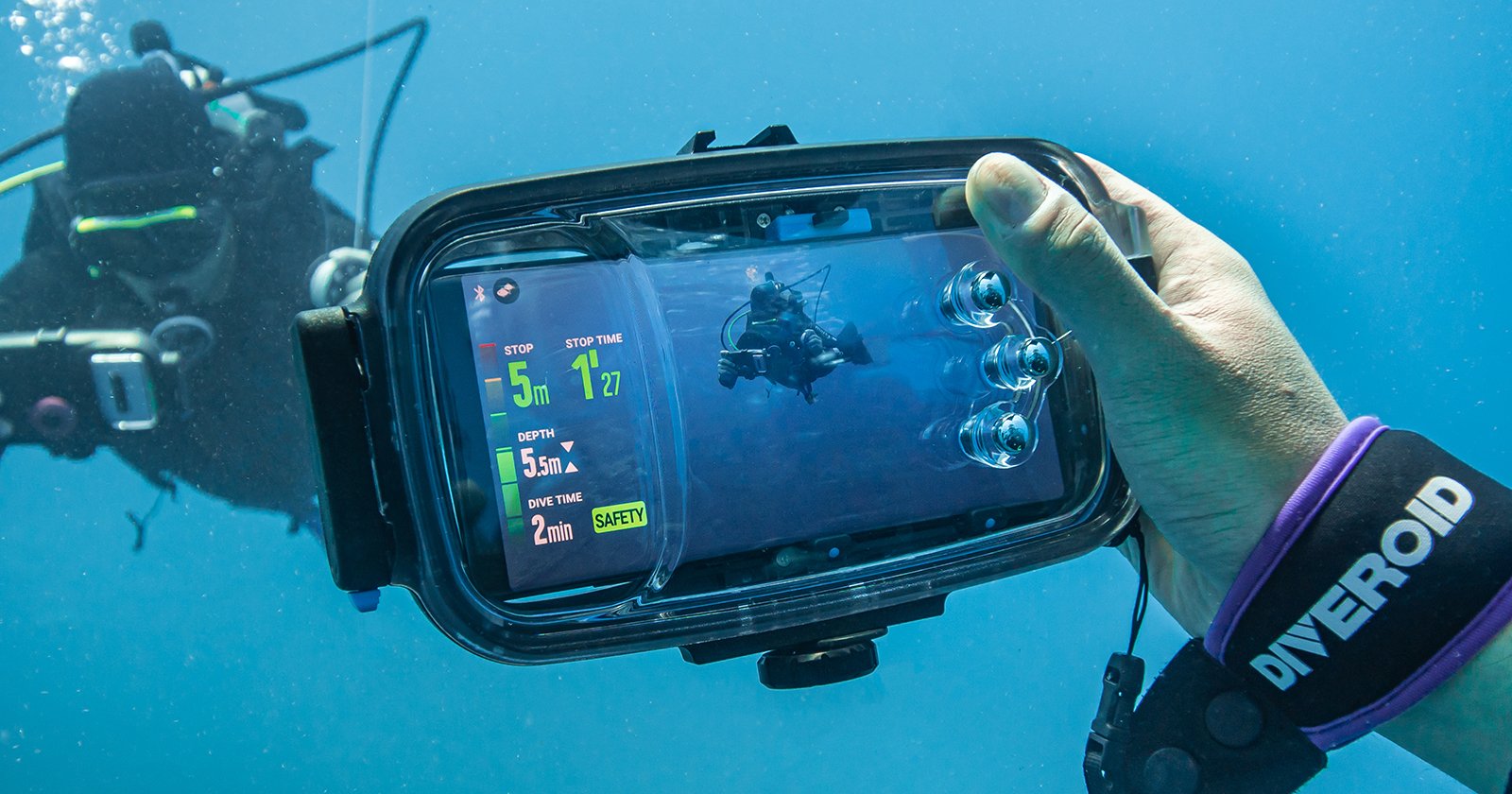 If you’re an underwater photography enthusiast—or simply a diver who would like to take more photos—there’s a new product you should probably check out. It’s called ‘Diveroid,’ and it’s an all-in-one housing, dive computer and logbook for underwater smartphone photographers.

Launched earlier today on Kickstarter, Diveroid reached its funding goal in about 60 seconds before blowing far past it. As of this writing, the creators of Diveroid have raised over $56,000 on a goal of just $10,000 proving, at least, that their idea is extremely popular among diving enthusiasts.

And looking at the Diveroid, you can see why.

While the gadget isn’t for serious underwater photographers, photo enthusiasts who enjoy diving (and visa versa) can use Diveroid as an all-in-one solution. By combining a universal smartphone housing with a detachable dive computer and a companion smartphone app, the Diveroid manages to do three things at once: it’s an underwater camera, an easy-to-read dive computer, and automatic logbook.

Here’s a quick intro from Kickstarter:

As you can see, the universal housing is compatible with Samsung, Apple, Oppo, Xiaomi, and others (108MP underwater photos anyone?), but that’s only one third of the equation. The Diveroid works by combining that housing with a detachable dive computer that communicates with an iOS and Android smartphone app.

All three of those things together give you a camera with your dive computer data overlaid on the screen, safety alerts built in, and all of your controls accessible using one of three physical buttons on the right hand side of the housing.

That way you can take pictures, activate live color-correction, or change your angle of view using only the hand that’s holding the housing:

And once you’re done, the Diveroid app puts together a logbook entry that syncs all of your photos with your dive information, and allows for easy tracking and sharing after the fact:

To learn more about Diveroid, check out the Kickstarter campaign here. As of this writing, you can still reserve a Diveroid for the “Ultra Early Bird” price of $250—that gets you a Diveroid housing, spare O-ring, O-ring grease, an anti-fog sheet, reusable packaging, and (of course) access to the free app. Estimated shipping is February 2020.

As with any Kickstarter campaign keep in mind that this is not a pre-order, so you’re taking on some level of risk by pledging your support. That said, with nearly $60,000 in the bank on a $10,000 goal, the founders should not be short of funds to make this product happen.

How to Get Great-Looking Skin Tones in Lightroom