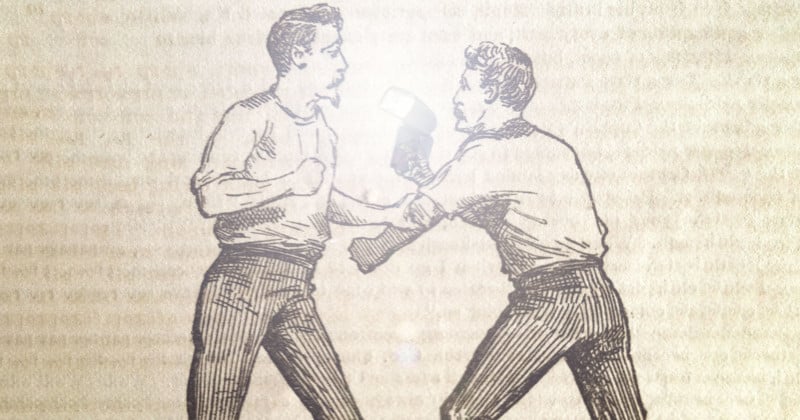 Back in the 1970s, I would occasionally go bar hopping in South Tucson. Although it wasn’t a particularly rough neighborhood, there was always the potential bad guy.

As a recent Vietnam vet, I was always doing threat assessments. My head was on a swivel. Seeking some protection, I considered a variety of possible weapons but rejected most of them. I was very concerned about possibly over-reacting and attacking someone who I perceived to be a threat but injuring an innocent person.

You never knew if the idiot that approached you in the parking lot was a panhandler, someone needing help with their car, a drunk, or a real bad guy. At the same time, it wasn’t prudent to wait to find out if they were friend or foe before doing something in self-defense. If you waited to be absolutely sure, it was probably going to be too late.

I focused on the idea that the bad guys were probably waiting in the parking lot for a target, and therefore their eyes had adjusted to the low light levels. This meant wide-open pupils. As a photographer, I had several pocket-size, battery-powered, self-contained, detachable flash strobes. The strobes were small and weighed maybe half a pound.

The plastic housings were about the size of two packs of cigarettes. On one of the narrow sides there was a plastic lens with a xenon flash tube. The flash lasted about two-thousandths of a second and was extremely bright. It was much brighter than modern camera flashes because most of the film used then had a very low light sensitivity with ASA (ISO) ratings between 24 and 100.

My guess is that my flash produced several hundred candle power. That’s a lot of energy to detonate in two-thousandths of a second. Even in broad daylight a person being photographed with a flash had to use will-power to hold their eyes open and let themselves be blinded. That’s why a lot of flash pictures from that period show people with their eyes closed.

When I went bar hopping, I carried one of my flashes in a handy pocket (without a camera). Before leaving a bar I would reach in my pocket and slide the power switch on. You could hear the faint whine as the capacitor took about five seconds to charge. Withdrawing it as I crossed the parking lot, I would hold it concealed in my hand with my finger on the manual release button.

It was the perfect practical weapon, I could easily feel the surface of the unit to orient the flash forward in my hand, and there was a manual trigger button that my index finger naturally lined up with.

I would explain in advance to my date that if I squeezed her arm really hard, she should close her eyes until she saw the flash. (You could see the flash through closed eyelids.) But I also realized that she might not get the message in time, so I planned to immediately pull her to safety.

The idea was to incapacitate any aggressor(s) without physically harming them and, at the same time, not allowing them to get close enough to be a real threat. All I had to do was manually point my hand in the general direction of the (maybe) bad guy(s) and squeeze the button while remembering to close my eyes for half a second. No one being hit with an unexpected flash of this magnitude and having night adjusted vision was going to be able to see anything for at least thirty seconds. By then we were back in the bar or in the car and gone.

I only used it once on two guys that were approaching from near my car and calling out, “Hey dude, got a light?”

No harm, no foul.

About the author: James Speed Hensinger is writing and illustrating with his photography a memoir of his experiences in the Vietnam War. The opinions expressed in this article are solely those of the author. Some of his photography has previously appeared in PetaPixel. You can find more of his work on his website.

Winners of Astronomy Photographer of the Year 2019 Revealed

A Look at ‘The Falling Soldier,’ One of the Best-Known War Photos