Photographer Ted Forbes of The Art of Photography recently published a well-reasoned and logical response to the Mirrorless vs DSLR debate that recently peaked with the announcement of the Nikon D6. In his video, Forbes offers a much more nuanced take than many of the arguments you’ve probably seen in various corners of the Internet.

Forbes’ argument is, essentially, that the whole debate is silly because new photography technology rarely ever completely replaces what came before.

“Mirrorless is the future? The DSLR is dead? Kind of a funny argument when it comes down to it,” writes Forbes in the description. “Photography has grown a lot over its short history. One of the greatest things about it is that no technology ever replaces what’s come before it.”

To illustrate this point, he pulls out five different cameras: a Cambo 8×10 large format camera, an Ansco twin-lens reflex camera, a pinhole camera, a Kodak retina rangefinder… and his iPhone. 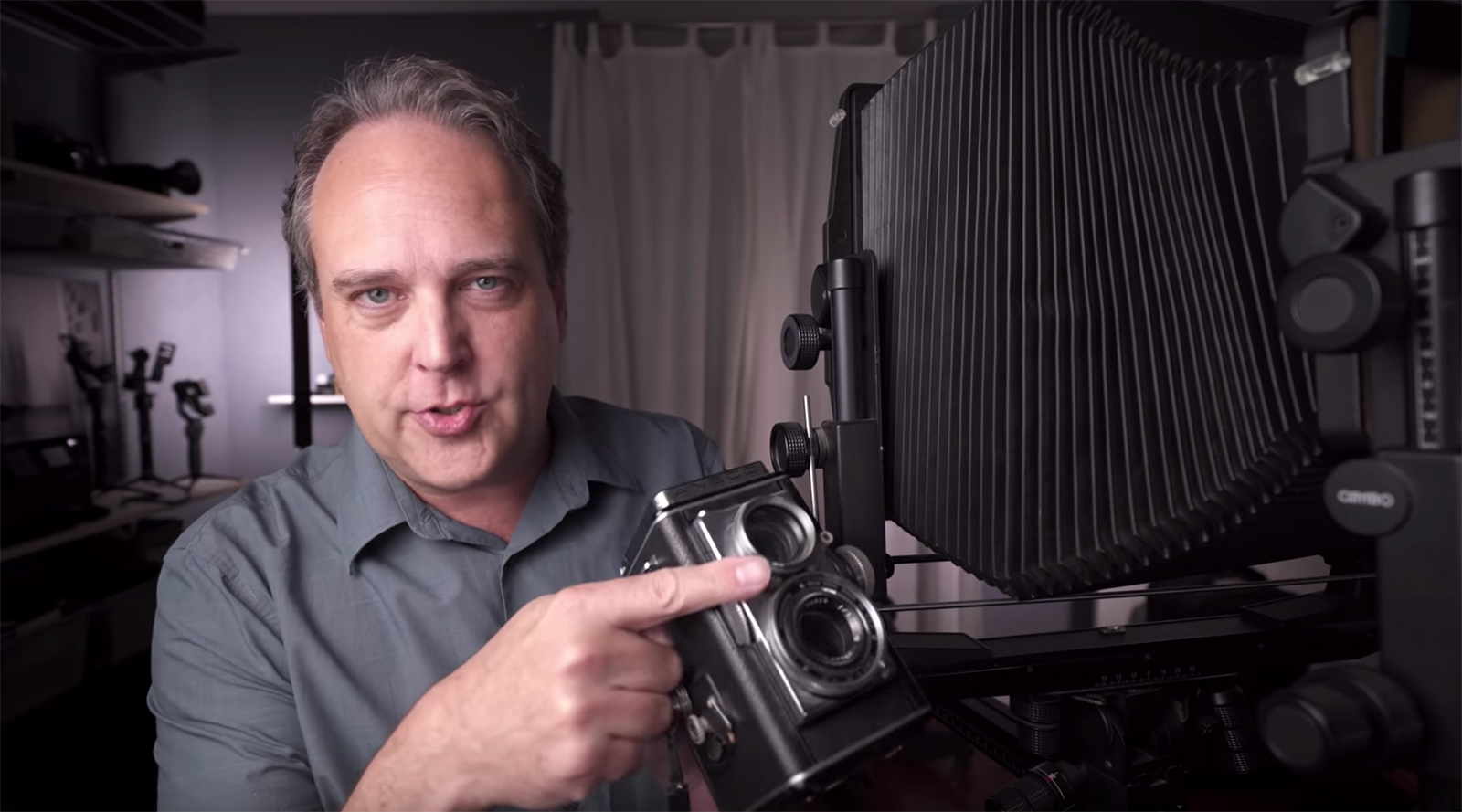 “These are all tools. They are the right tool for the right job, and although some of them are older than others, none of them are obsolete,” explains Forbes. “Things may come in and out of fashion, but for the most part, I think probably about 90% of all [photography] technology has never been replaced.”

Since this is an abundantly reasonable argument, you can bet Forbes is going to get flack for it, but the point stands. Many different styles of camera came and went during the transition from daguerreotype, to tin type, to glass plate, to celluloid, to CID, to CMOS. How many of them have disappeared entirely?

Forbes is not trying to say that DSLRs are going to continue selling in the volume and at the scale that they have for the past decade. He recognizes the advantages of a mirrorless system and has talked about them at length. But when someone argues passionately that DSLRs are “dead” or “on their last leg,” it feels less like a statement of fact and more like an attempt to justify their latest camera purchase.

LaCie Unveils Three New Rugged SSDs, Including One with a Built-in SD Slot