Landscape and travel photographer James Popsys has noticed a troubling habit lately: he’s posting things “for the dopamine hit,” and he doesn’t believe he’s the only one. The result, says Popsys, is a “photographic groupthink,” caused by social media, that encourages people to post the same thing over and over, just because it’s popular.

Popsys identifies the problem, primarily, on Instagram. “In the past two or three months, my Explore tab on Instagram has been made up of one thing: Girls… in leggings… on mountains,” says Popsys. “It’s pretty much the only photo type I see in my Explore tab.”

To be fair to Instagram, Popsys has posted his own photos of his girlfriend… in leggings… on mountains. But it’s certainly not limited to this subject. Using the popular account @Insta_Repeat for reference, he points out some of the other compositions that are posted ad nauseum:

An example that actually hits close to home for Popsys is the drone photo of a forest:

“This is a prime example of the kind of photo that I take, and when the drone is in the air, I’m thinking to myself: ‘Am I taking this photo because I like this kind of photo, or because other people will like this photo.'” admits Popsys. “And by ‘like,’ I mean Instagram like not proper like.”

He calls it “photographical groupthink,” and it’s Popsys’ answer to the question in the headline: why good photos go bad. He believes that Instagram in particular has encouraged people to combine the idea of quality and popularity into a single category, leading to this issue where we take and post photos because it will probably “do well” online. 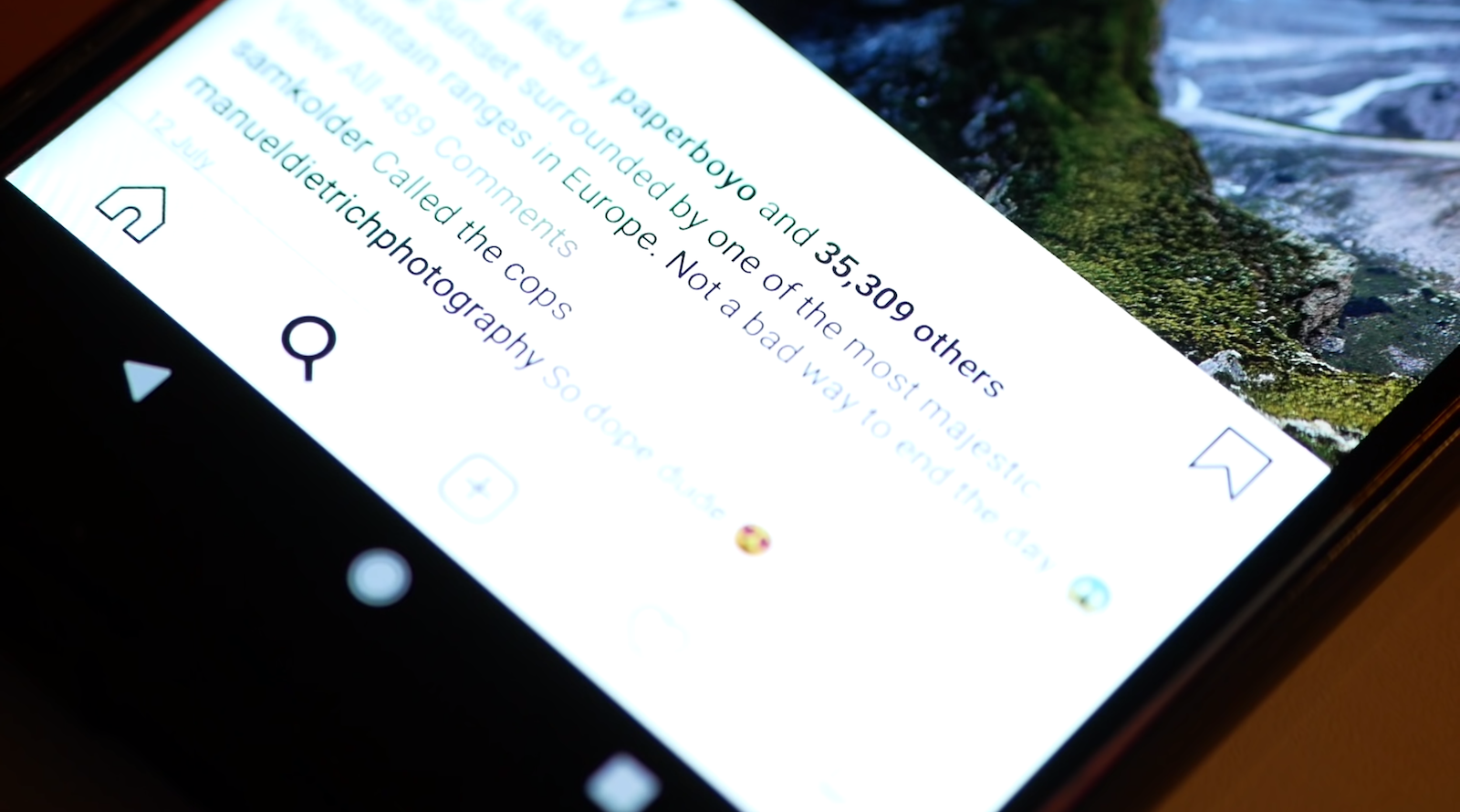 Popsys ends the video on a hopeful note, pointing to Instagram’s recent experiment with hiding likes as a potential solution to the problem they created in the first place. He believes that this change will help people psychologically separate the quality of a photograph from its popularity. After all, says Popsys, all a “like” means is that someone saw something that was “split-second” attractive about an image while they were scrolling past… is it any wonder symmetry, vivid colors, central subjects, and vast landscapes play well?

Do you agree with Popsys that this is a problem because of social media sites like Instagram? And do you think hiding likes will help at all? Watch the full video up top to hear his whole argument, and then let us know what you think in the comments.

Phase One XT is a Tiny Medium Format Field Camera for $57,000