Back in July, photographer Patrick Seguin took advantage of his CPS membership to test out one of the most beastly lenses Canon has released in recent memory: the Canon RF 28-70mm f/2 L USM. In the video above, he pits this lens against the tried and true EF 24-70mm f/2.8L II USM to see just how much better the new RF lens performs.

Canon hasn’t been bashful about sharing the advantages of the wider, shallower RF mount found on its new full-frame mirrorless EOS R and EOS RP. The shorter flange distance should allow them to design high-performance lenses that outclass their EF line in a big way, as the brand explains in this promotional video. But a promotional video is one thing, and a real-world comparison is quite another. So Seguin decided to review the RF lens, and then compare it to the EF 24-70 f/2.8 for good measure, during a shoot for a magazine client of his.

You can check out the video to see side-by-side sample images starting at the 5:55 mark, but the results can be summed up in a few points. 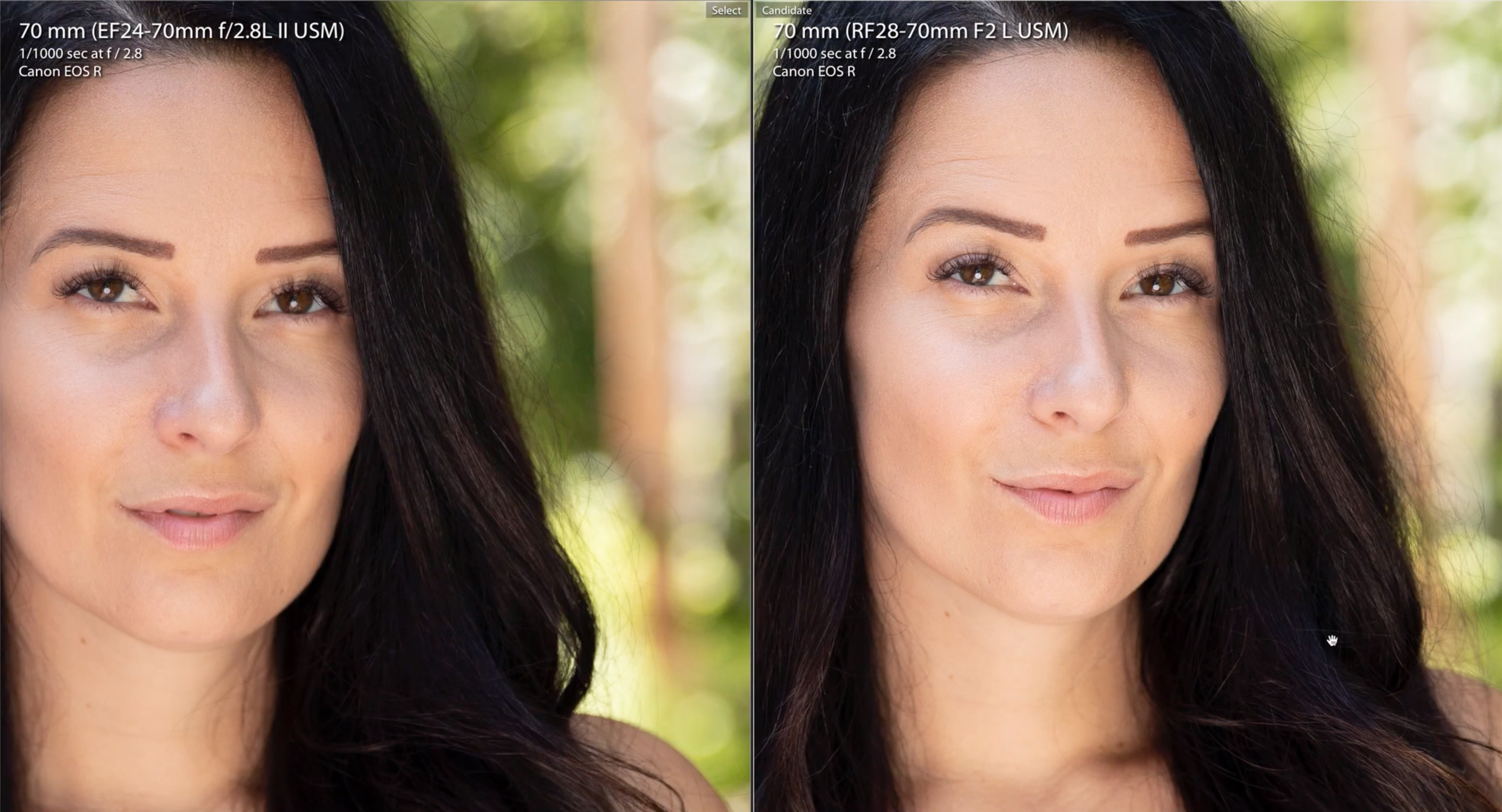 Check out the full shootout and review up top to see many more sample shots of both lenses in action. And if you like the comparison, check out Seguin’s nascent YouTube channel, or head over to his website and Instagram.