Think your Photoshop is slow? Check out what it was like to use Adobe Photoshop version 0.63 Beta. Here’s a humorous 13-minute video (warning: there’s strong language) in which Krazy Ken of Computer Clan tries editing some photos inside the Photoshop that existed back in October 1988.


The photo editing was done on an old Macintosh with a 32MHz 68030 processor and 8MB of RAM. While you obviously won’t find the modern tools photographers have come to know and love in Photoshop, version 0.63 had a respectable array of basic photo editing tools and features — things like smudging, undo (a single level), hue/saturation adjustment, levels adjustments, and various filters. 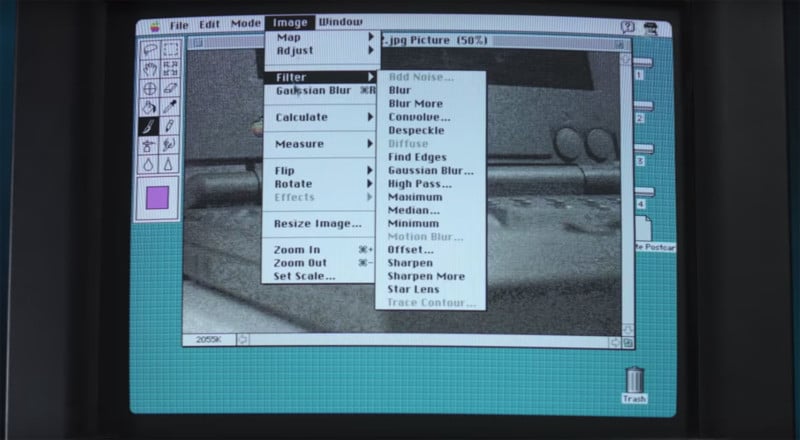 Photoshop 0.63, which had the codename Bond, was the second version of Photoshop that was released after version 0.07 in January 1988. These first two versions were never commercially distributed — that wouldn’t happen until the third iteration, version 0.87, in March 1989. v0.87 was bundled with a scanner made by the company Barneyscan, and it was distributed as Barneyscan XP.