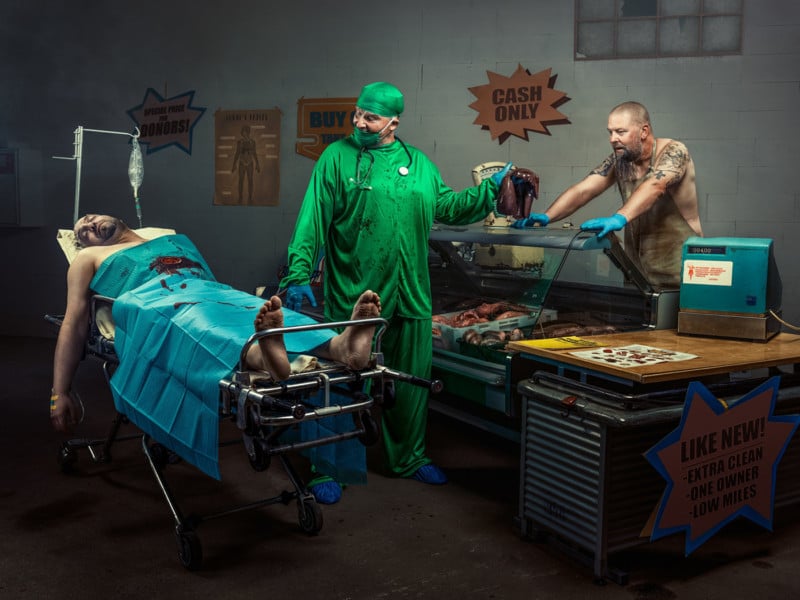 A surgeon at a meat market. It’s an absolutely simple yet ridiculous idea, so it had to be done for real! China has been harvesting organs from detainees, so maybe this absurd project of mine isn’t so far from the truth!

I am very lucky to have so many great friends with massive storage units of strange stuff that they are willing to lend me. I remembered that one of my friends had a stretcher, so I only needed a meat counter with innards and a couple of models.

As I was talking about this project to another friend of mine, he then came up with how to get models, a meat counter, and innards all at once. One call and all was set — there would be a photoshoot the following week. What a great feeling to have these kinds of contacts! 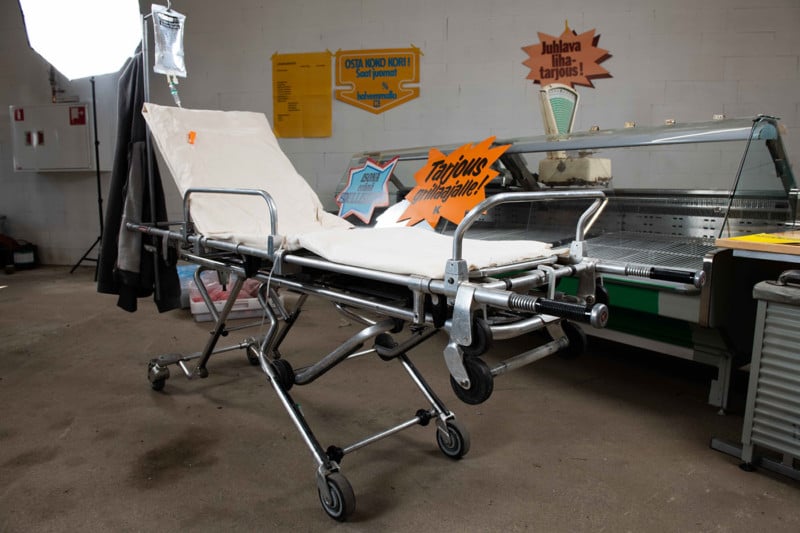 As always, I first did a very raw sketch drawing using Photoshop. This way I know what we need for the scene and whether the idea comes through in the image. 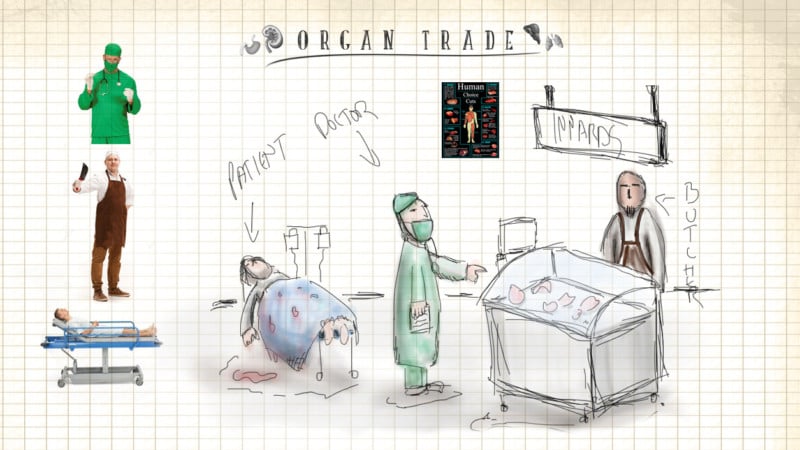 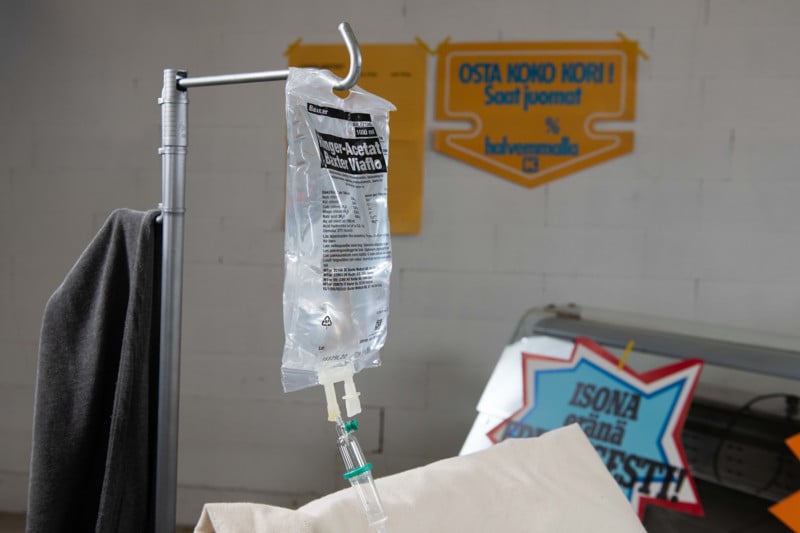 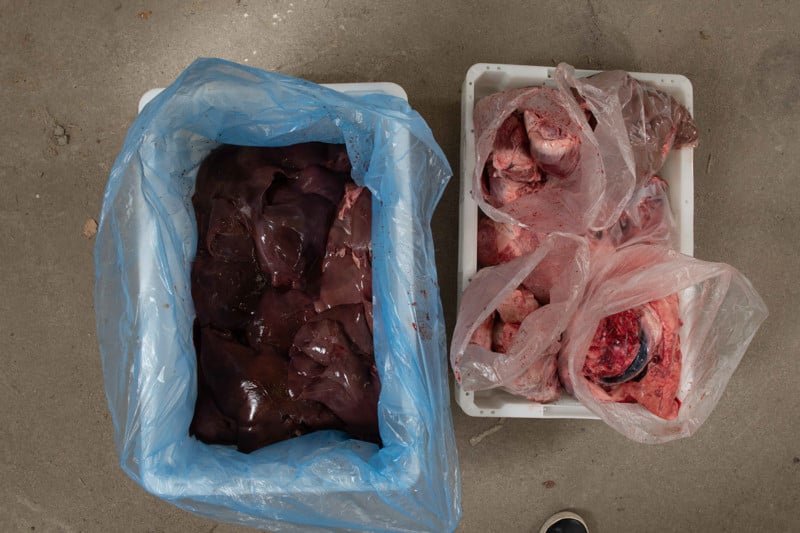 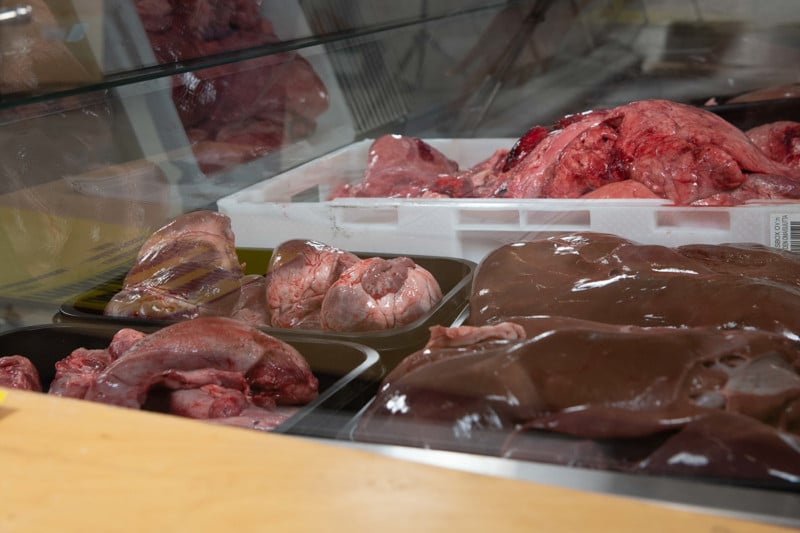 Next, we figured out the costumes for the models. The surgeon costume we bought from a local costume shop, the butcher only needed an apron (and luckily one of the models had one), so the last thing we needed was the patient’s item, which we got from a very friendly vet.

The photoshoot took place in a large garage. And as usual, big garages have lots of things in them, so we didn’t have too much space to play around. Well, too much free space is waste of space, so we figured out that if we moved the counter so that it was angled towards the wall, I could frame my camera so that all the unnecessary items wouldn’t be in the photo. 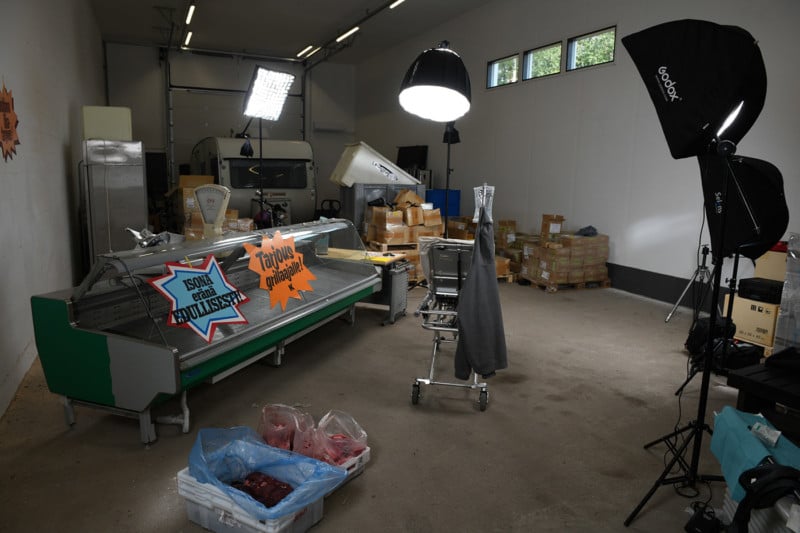 As the set was built, I began to make the lighting setup.

I used one Godox AD360 with a Godox P90L parabolic softbox on front angled 45 degrees down, two 50 x 70 gridded softboxes on both side of the scene with Godox AD360 and Godox V1, one snoot with Nikon SB24 to light butchers face, and one Selens 60×90 softbox with Nikon SB-24 on the left front side to open shadows. 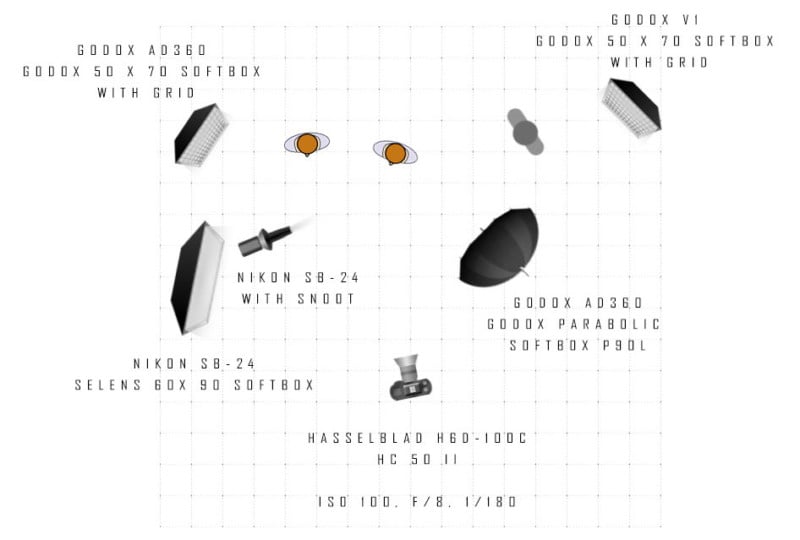 In post-processing, I added text to the old ads we placed on the scene and also a broken window on the wall.

Here’s a closer look at portions of the photo: 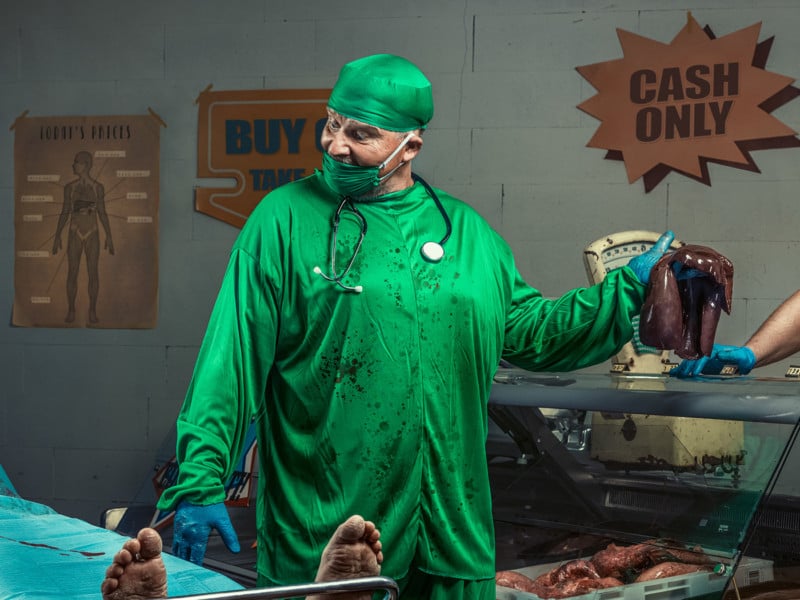 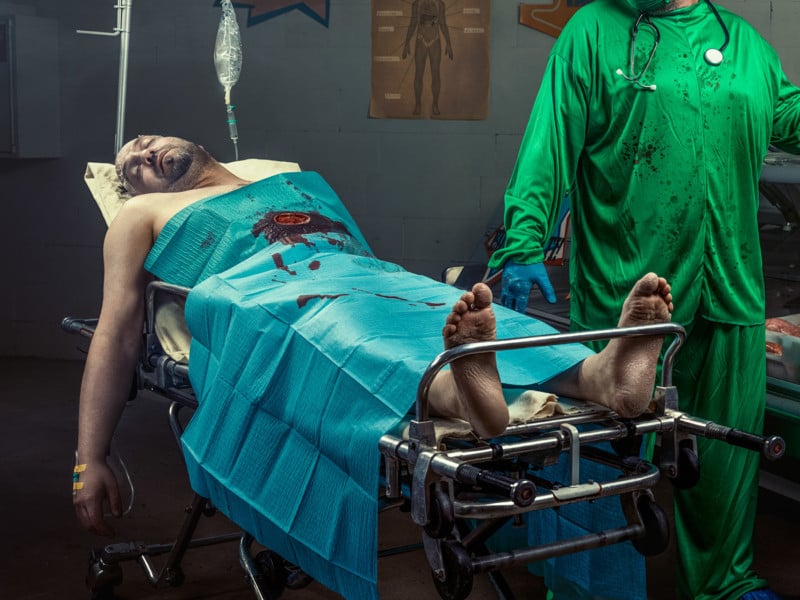 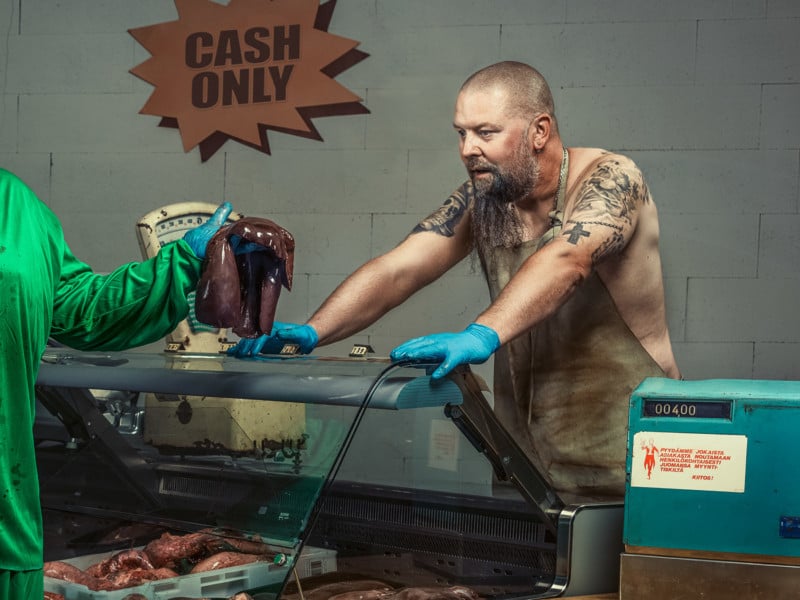 And here’s the finished photo:

About the author: Juhamatti Vahdersalo is a commercial photographer. The opinions expressed in this article are solely those of the author. You can find more of Vahdersalo’s work on his website.

Digitizing a Reproduction 1865 Box Camera for Authentic Vintage Use