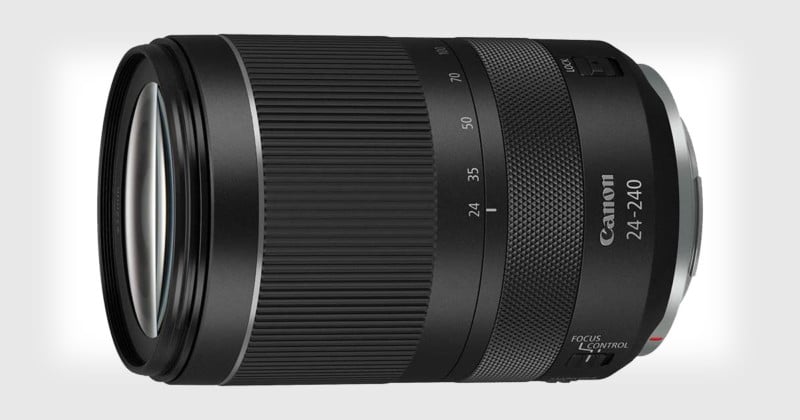 The new lens is the 6th in the RF lineup and the first telephoto zoom lens.

Nano USM in the lens provides users with fast and precise autofocusing when shooting both still photos and videos. It provides full-time manual focusing, allowing photographers to make adjustments while in AF mode. 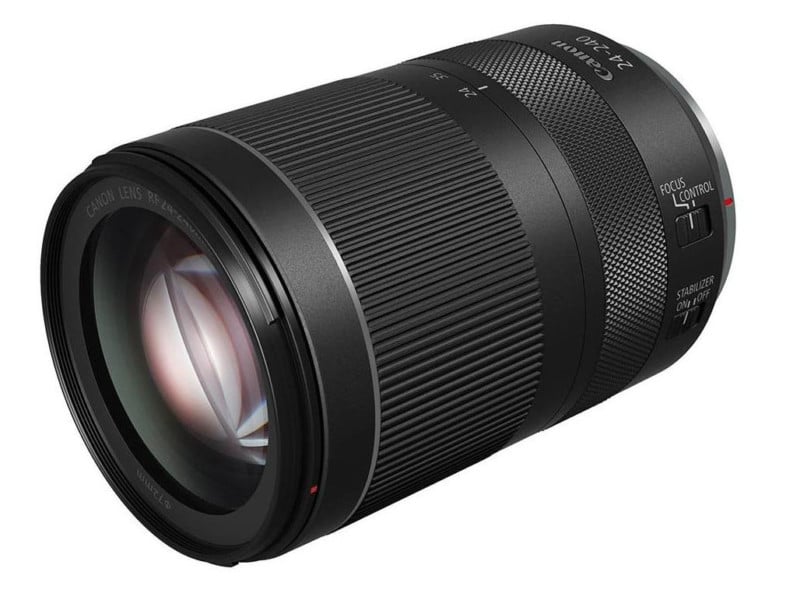 A pioneering feature of the lens is the Dynamic IS — it’s the first full-frame Canon lens to offer it, and it allows for smoother results while shooting video. Non-full-frame lenses with the feature include the Canon EF-M 18-55mm f/3.5-5.6 IS STM and Canon EF-M 11-22mm f/4-5.6 STM.

The Dynamic IS is accompanied by a 5-stop image stabilization system, which allows photographers to shoot photos and videos with minimal shake without a tripod, even in dimly lit environments. 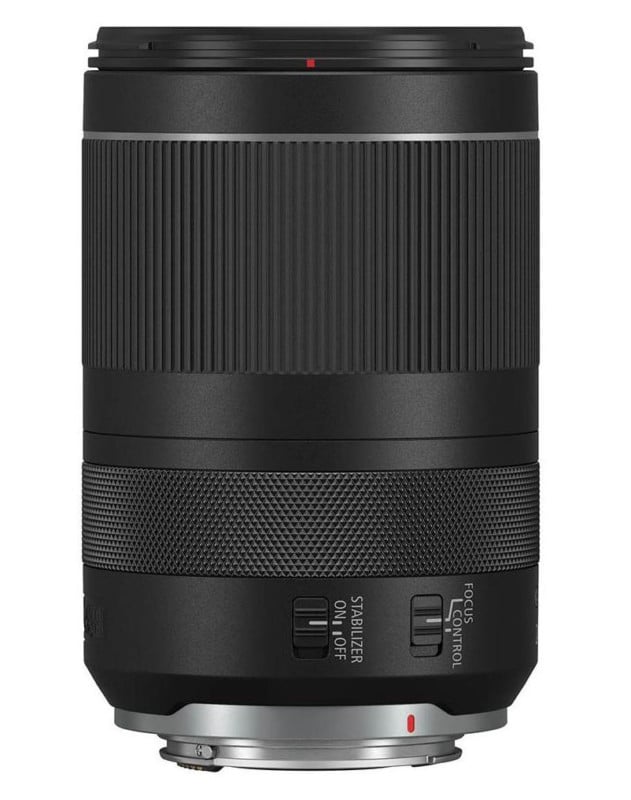 “When paired with the recently announced EOS RP full-frame mirrorless camera, the compact and lightweight portability of the RF 24-240mm rivals that of a Canon APS-C camera system with a comparable EF-S lens,” Canon says. “The RF 24-240mm and EOS RP kitted together are only slightly heavier and longer than the EOS Rebel T7i when it is kitted with the EF-S 18-200mm f/3.5-5.6 IS.” Here are a couple of Canon videos introducing the new lens:

Correction: This article originally started the variable miniature aperture range as f/4-6.4. It’s actually f/4-6.3. We apologize for the error.