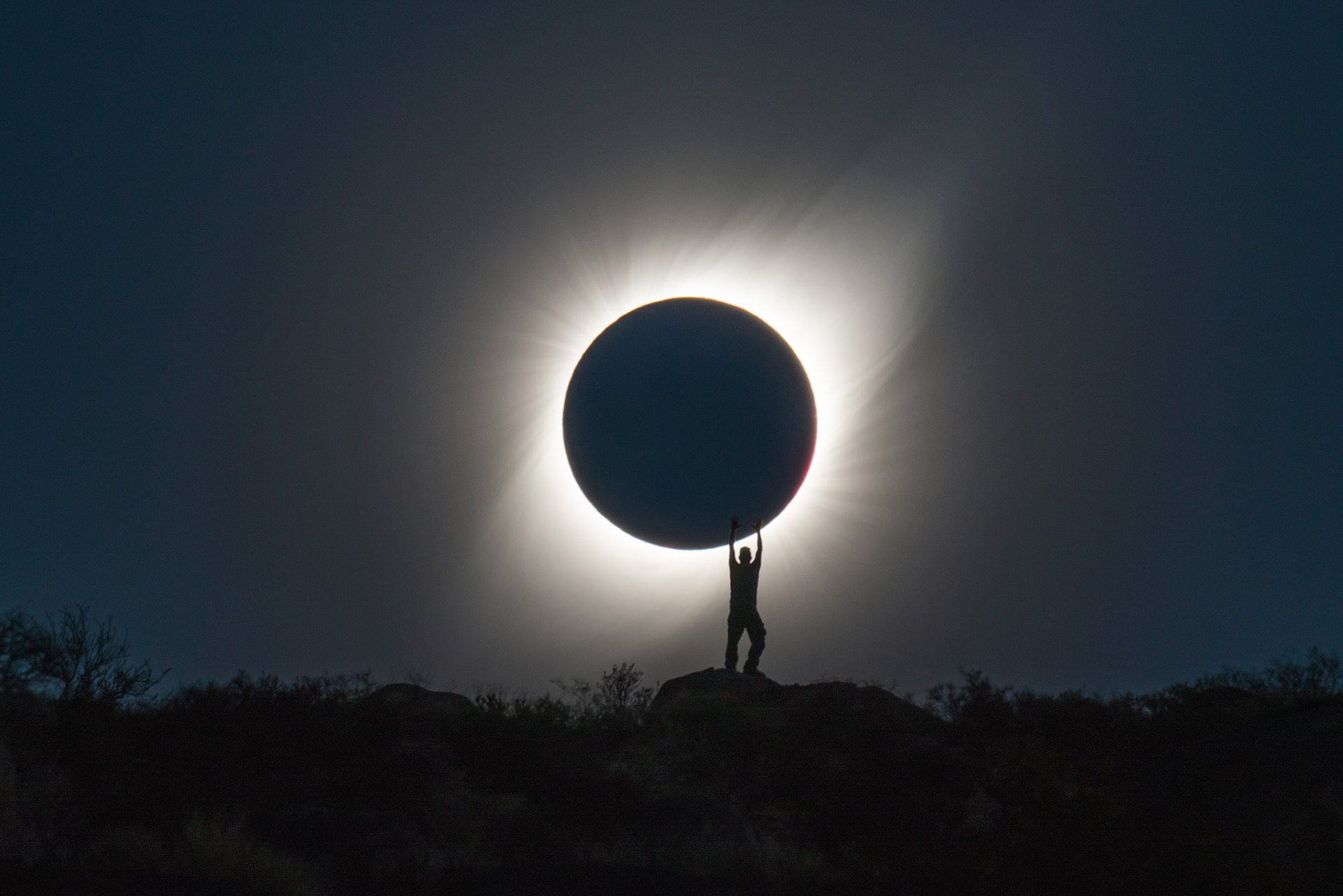 Photographer Albert Dros may have captured one of the coolest photos of yesterday’s total solar eclipse in Chile. In addition to a few striking photos of a his model, Bart Lablans, standing next to the eclipse, he also managed to capture Bart “holding” it at totality. Take that cliché Leaning Tower of Pisa photos.

The photo was captured as part of a group organized by Dream Photo Tours and NatPhoto. But instead of using this rare opportunity to capture a standard photo of the eclipse, Dros tells PetaPixel that he decided to get creative. “I decided to improvise a little bit on the spot and photograph a model doing some poses in front of the eclipse,” he tells us. “This was possible as there was a hill nearby that fit the angle of the eclipse perfectly.”

“I planned this shot on the spot a few hours before the eclipse with the PhotoPills app,” he added, “which allowed me to see exactly where the eclipse would happen in the sky.”

The resulting images were captured using a 100-400mm lens and 1.4x teleconverter, which allowed him to compress the background sufficiently to capture “both the moon and the person at a nice size in the frame.” After a little bit of additional cropping in post, here is what he ended up with: 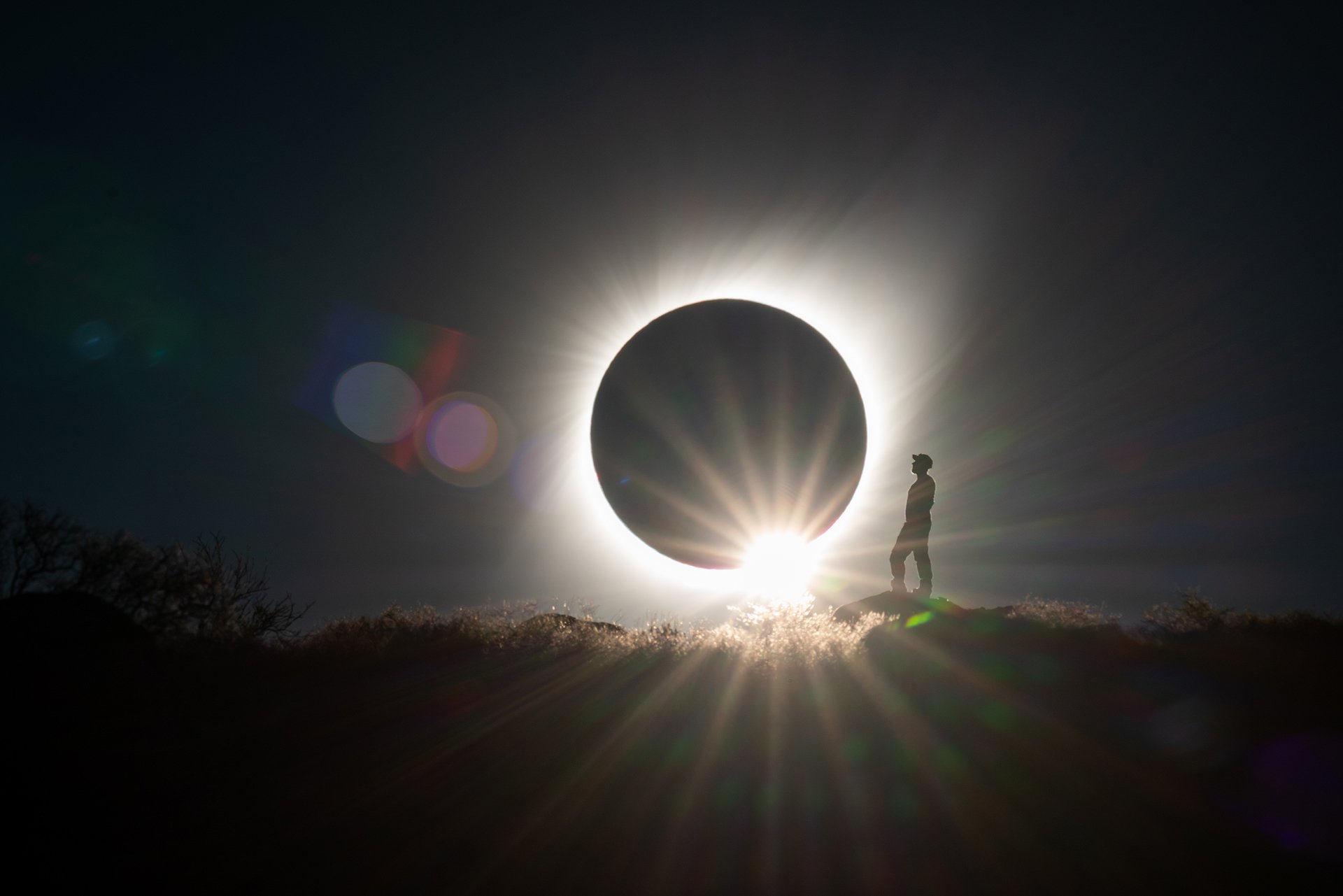 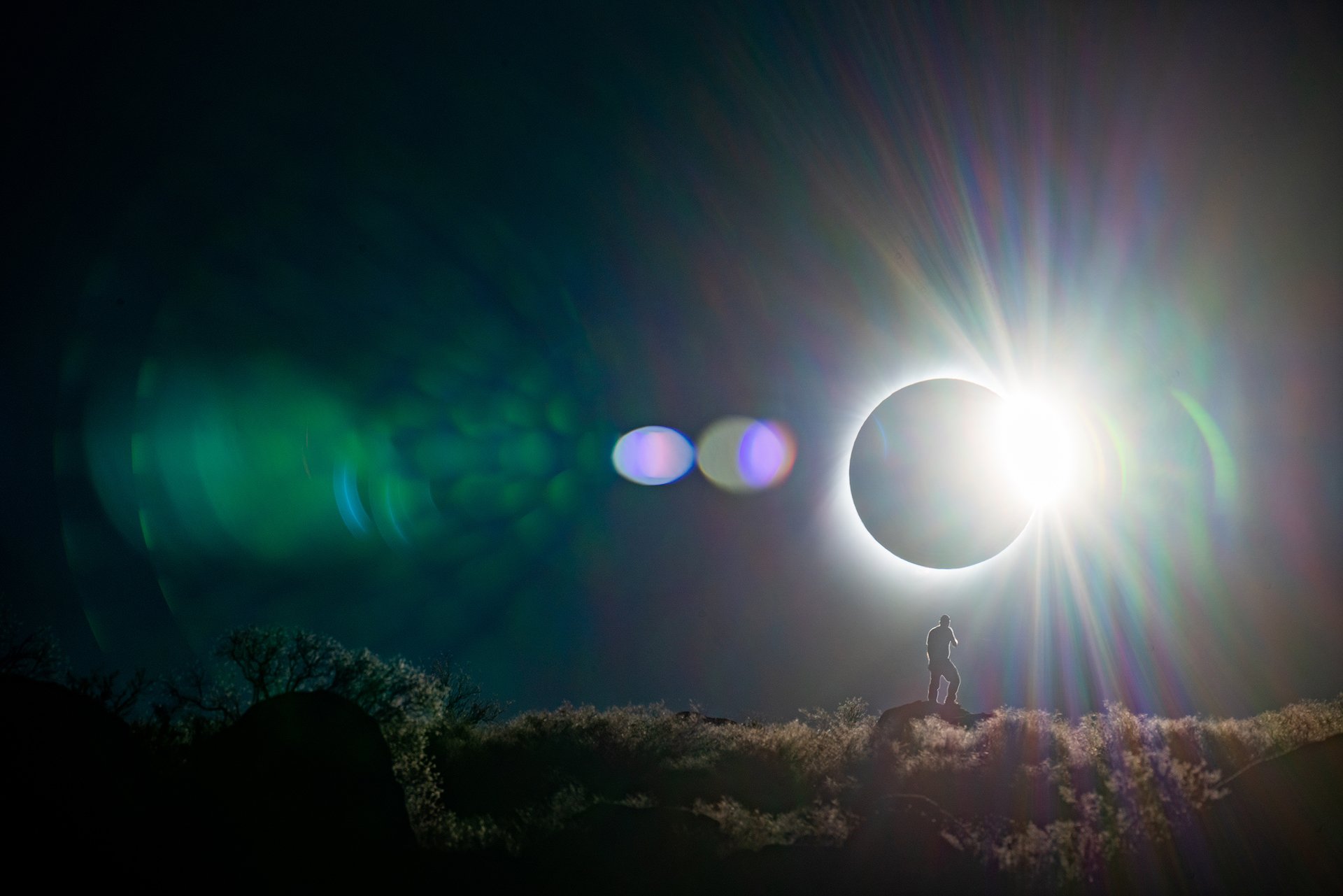 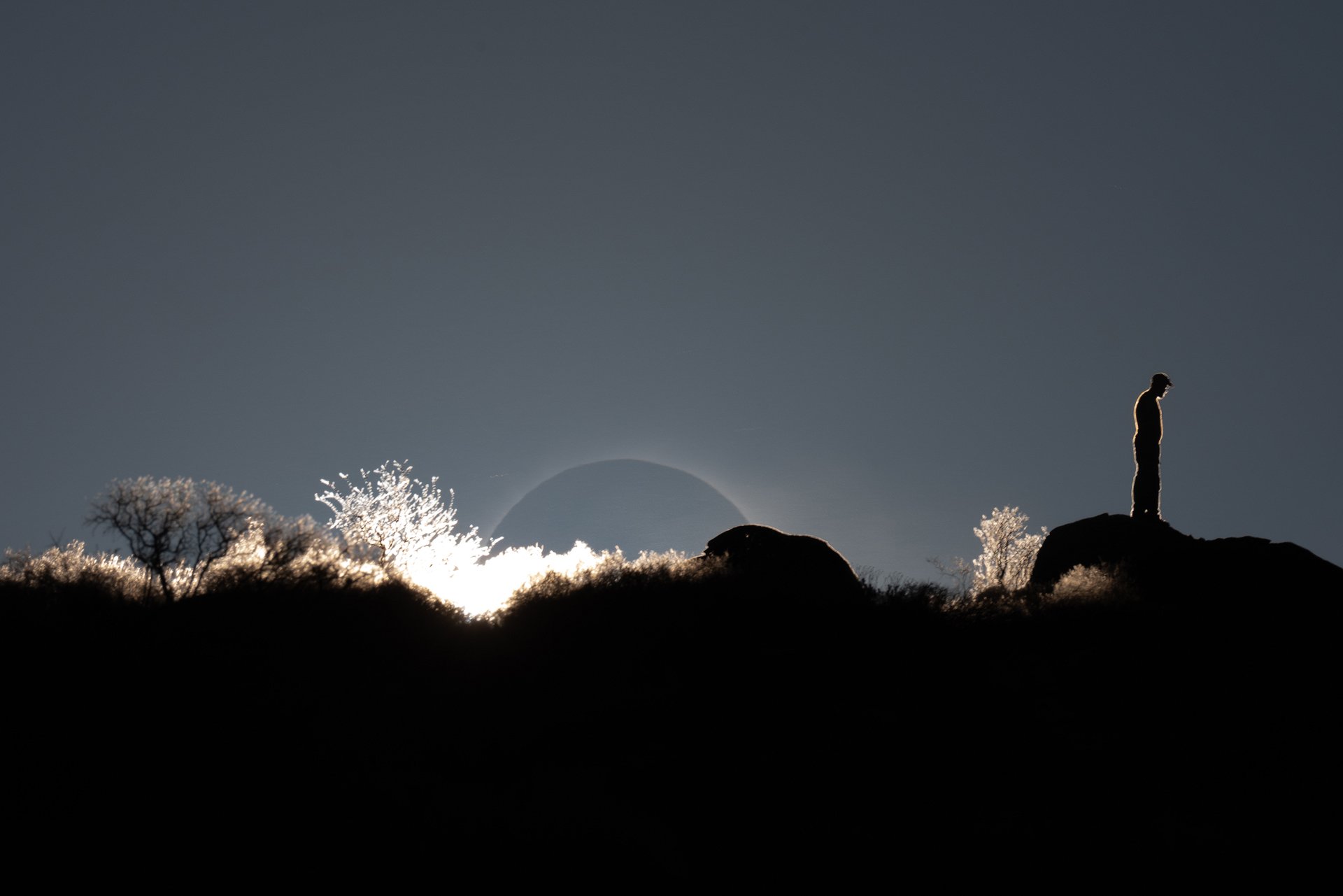 Interestingly enough, Lablams was actually capturing a time-lapse of himself while all of this was going on, relying on Dros to get him into the right spots via radio. Keep an eye on his Instagram and hopefully we’ll see that go up soon.

To see more of Dros’ spectacular work, head over to his website or give him a follow on Instagram. And if you were in Chile capturing the eclipse this week, share your results in the comments!

Credits: Photographs by Albert Dros and used with permission.

Wedding Photogs Berated for Refusing to Work with ‘Influencer’ for Free

Yongnuo YN200 Pocket Flash Will Be a Godox Clone