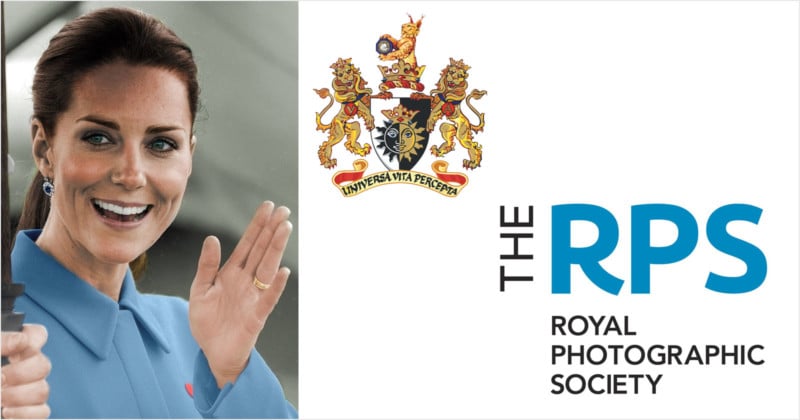 The Royal Photographic Society has a new patron. Queen Elizabeth has just handed over her 67-year-long patronage of one of the world’s oldest photographic societies to Catherine, Duchess of Cambridge (formerly known as Kate Middleton).

The Queen had become patron of the society back in 1952. Both Kate and the Royal Photographic Society (RPS) announced the handover on their official Instagram accounts.

📸 Learning photography is a fun and engaging way to help young people develop confidence and self-expression, and to help develop new skills — today The Duchess of Cambridge joined two of her patronages, Action for Children and the Royal Photographic Society, for a special photography workshop. The Duchess of Cambridge joined Josh, and young people from Action for Children for the sessions run by the Royal Photographic Society, which covered elements of photography including portraits, light and colour. The workshop, run by RPS honorary fellows Jillian Edelstein and Harry Borden, highlighted how photography provides a universal language for young people to express themselves and explore their thoughts and feelings. As part of her longstanding work on early years The Duchess is on a mission to support organisations like Action for Children, that aim to give every child the best possible start in life. Action for Children, who are marking their 150th anniversary this year, are committed to helping vulnerable children, young people, and their families, across the UK. The charity's 7,000 staff and volunteers operated over 522 services in the UK, improving the lives of 301,000 children, teenagers, parents and carers last year. The Royal Photographic Society, of whom The Duchess today became Patron, is one of the world's oldest photographic societies. It was founded in 1853 with the objective of promoting the art and science of photography. Her Majesty The Queen passed the patronage to The Duchess, after having held the role for 67 years. @actionforchildrenuk @royalphotographicsociety

“The Duchess of Cambridge has a longstanding interest in photography, and this patronage will further highlight the beneficial impact that art and creativity can have on emotional wellbeing, particularly for children and young people,” writes @kensingtonroyal. “Learning photography is a fun and engaging way to help young people develop confidence and self-expression, and to help develop new skills.”

Kate is an avid photographer — in addition to shooting nature photos around the world, the Duchess received attention in 2015 for shooting her own royal baby portraits.

The RPS honored Kate with a coveted honorary lifetime membership in 2017, praising her for her “talent and enthusiasm.” The decision drew criticism from some photographers who felt that Kate wasn’t worthy of the honor.

Kate celebrated her new patronage by attending a special photography workshop put on by the RPS and another of her patronages, the charity Action for Children that helps disadvantaged children.

“This is wonderful news for The Society, which has enjoyed Royal Patronage since 1853,” the RPS writes. “It is a huge honour to have the Duchess as our Patron, especially given her personal interest in photography and we look forward to our continued relationship in years to come.”

Officially called the Royal Photographic Society of Great Britain, the RPS was founded way back in 1853 and is now headquartered in Bristol, England. It’s a registered charity that promotes the art and science of photography, and it’s open to anyone around the world who has an interest in photography.

Image credits: Header portrait by Ricky Wilson and licensed under CC BY 2.0

How to Critique Street Photography