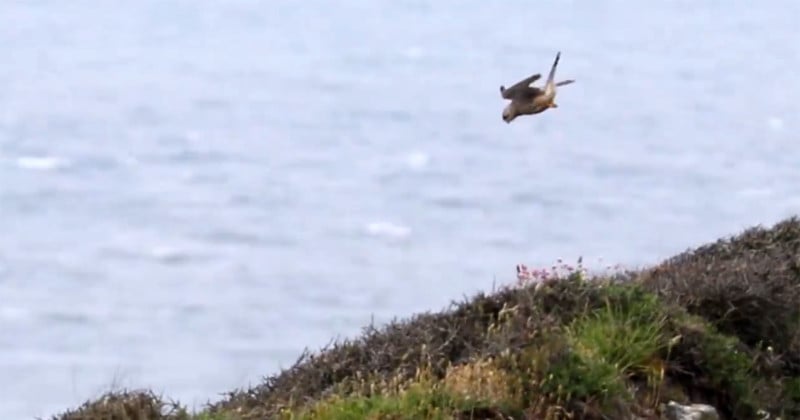 Drones these days often feature mechanical gimbals to stabilize their cameras while in flight. But long before consumer drones exploded onto the scene, birds were already taking to the skies with impressive built-in image stabilization.

Designer and wildlife photographer Anthony Roberts was shooting with his Canon 5D Mark IV and his 100-400mm image stabilized lens at South Stack on the UK island of Anglesey when he captured some neat footage of a male kestrel hunting in strong winds.

“Just look at that head stabilisation!” Roberts writes, marveling at the bird’s ability to keep its head in the same spot while looking down in search of prey.

It looks like he’s just falling forwards at the same speed, don’t think he used any thrust. It was pretty breezy too, I guess about 20 to 25 mph. Gusting stronger. Very impressive.

Other animals with built-in stabilization include cats and chickens, an animal that Fujifilm featured in a commercial back in 2013.

(via Anthony Roberts via Laughing Squid)

A Group of Photographers Across the UK Passed Around One Dress