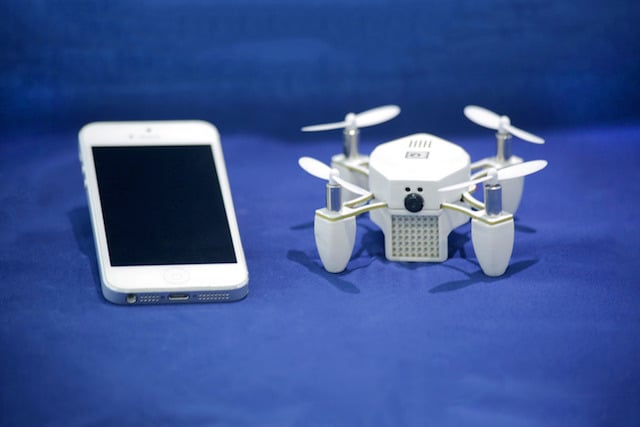 Micro-drones are typically thought of as more of a toy rather than a tool. If you want to capture real recreational aerial footage, you buy a bigger, heftier drone, right? Well, not necessarily. ZANO wants to change all that by packing both power and ease of use into a tiny package that measures just 2.5 x 2.5-inches and weighs just over 1.2lbs.

Created by Torquing Group Ltd — a company that has spent years creating micro-drones for military use — the ZANO is being called, “the world’s most sophisticated nano drone.”

ZANO wants to be the best of all drone worlds. Easily piloted with an iOS/Android app that anybody could use, autonomous when you want it to be, able to avoid obstacles, featuring decent video and photo features, and even optically stabilized.

Here’s a quick intro to the already full-funded drone from the project’s Kickstarter page:

The uses, as you can see, are vast. You can set it to follow you (it will avoid obstacles along the way), tell it to sit in one spot, have it take your group picture from a distance, control it using your smartphone’s motion sensors and more.

ZANO connects to your smartphone using on-board WiFi, and anything captured will be zapped over to your phone automatically over the airwaves.

This is what the app’s GUI will supposedly look like: 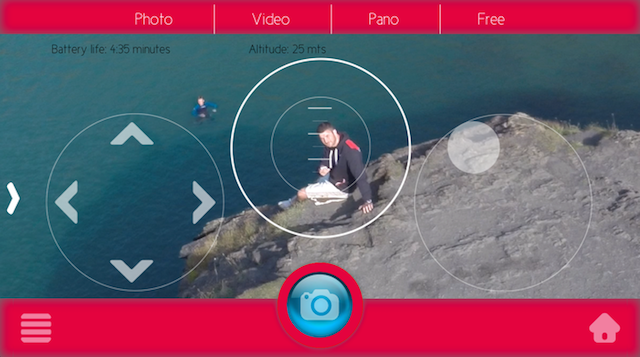 The camera on board can capture 5MP images and tops out at 720p video because of bandwidth restrictions, but that number might go up to 1080p at 60fps in a future update. The battery will let you fly the little guy for 10-15 minutes at a time between recharging.

Here’s some more footage of the current prototype in action. The prototype can already hold position, avoid obstacles, capture images and video, and beam them back to the smartphone.

The Kickstarter, which only launched a few days ago, has already raised and impressive £183,475 (approximately $287,000 USD), and is well past its funding goal.

To find out more about the drone, or pick up a ZANO for yourself, head over to the Kickstarter campaign. ZANO is set to go into beta in March 2015 and ship in May 2015 assuming everything goes to plan, and you can reserve your own for a very reasonable £140 (approximately $220 USD) if you snag the super early bird special.

Portraits of Hipsters Sporting Beards Made of Fuzzy Animals

13 Photo Books for Your Stocking Stuffers