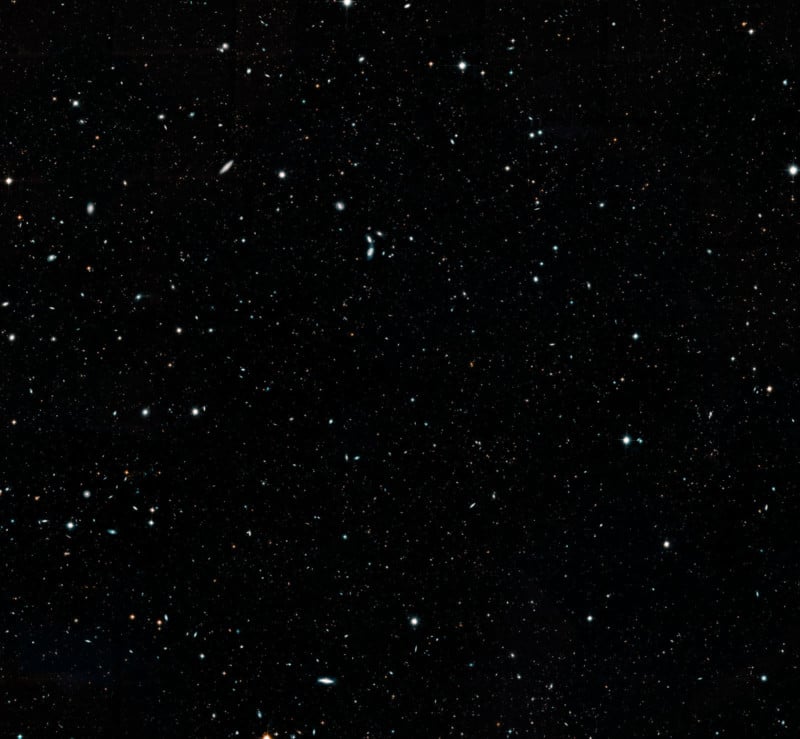 The deep-sky mosaic is a single photo that contains roughly 265,000 galaxies that go back as far as 13.3 billion years — that’s just 500 million years after the big bang. And the faintest and farthest galaxies in the photo are 1/10,000,000,000th (that’s one ten-billionth) the brightness of what human eyes can see.

Here’s a image showing the relative size of the Hubble Legacy Field image in the night sky compared to the Moon — both are about half the width of your forefinger when extended to arm’s length: 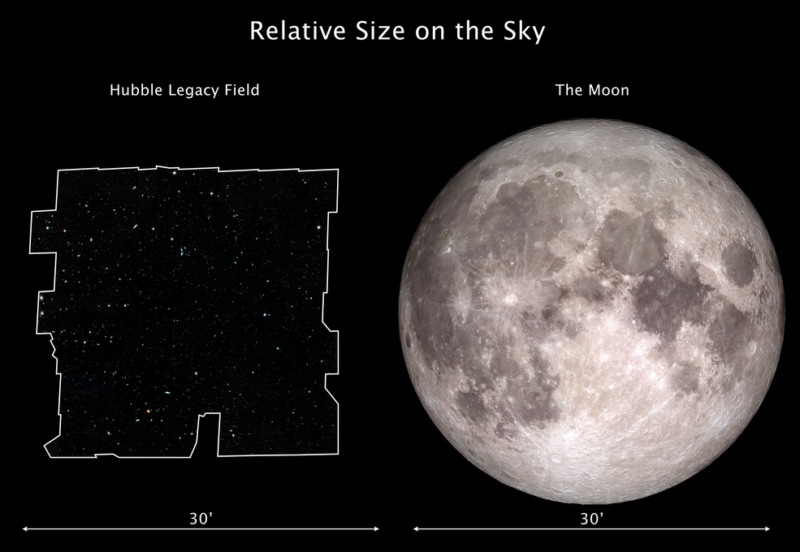 “No image will surpass this one until future space telescopes are launched,” NASA says.