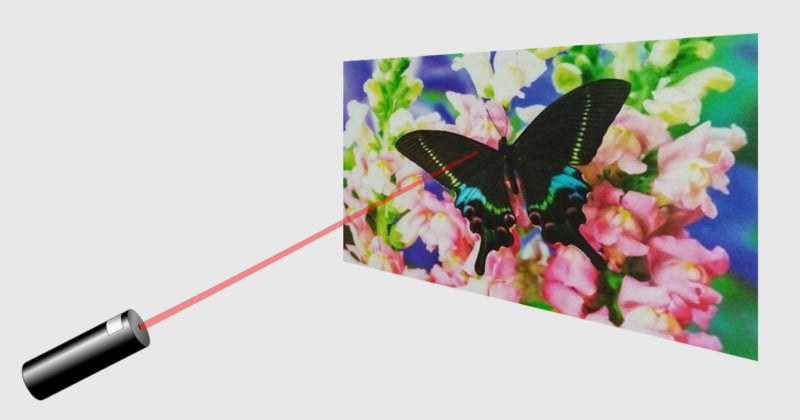 Sony announced today that it has developed a new rewritable film material. Just as rewritable optical discs can be erased and written to again, Sony’s new film can have full-color photos drawn onto them, be erased, and then be reused for another photo.

First of all, this new film isn’t a photographic film that’s designed to be used in cameras, but rather it’s a film that can be applied to surfaces for displaying photos. It’s unclear whether the technology could be one day used to create a reusable kind of camera film — something that would be revolutionary.

Sony’s new film contains a photothermal material that uses lasers and heat to change the color of leuco dyes. Since “printing” a photo to the film involves heat, the process can create fine gradations of color and detail. The color and resolution of resulting photos are comparable to the quality of traditionally printed photos, Sony says.

And because the dyes can be reheated with the lasers, the film can be repeatedly reused to display new photos and images.

Sony says its laser technology created for the film can “print” photos at high speeds and even works when the film is located behind materials such as transparent glass and plastic.

“Sony will continue to create new value through technology,” Sony says, noting that it is also exploring other applications of the new film beyond serving as a rewritable full-color photo printing medium.

An Insider’s Look at a Photo Workshop Disaster