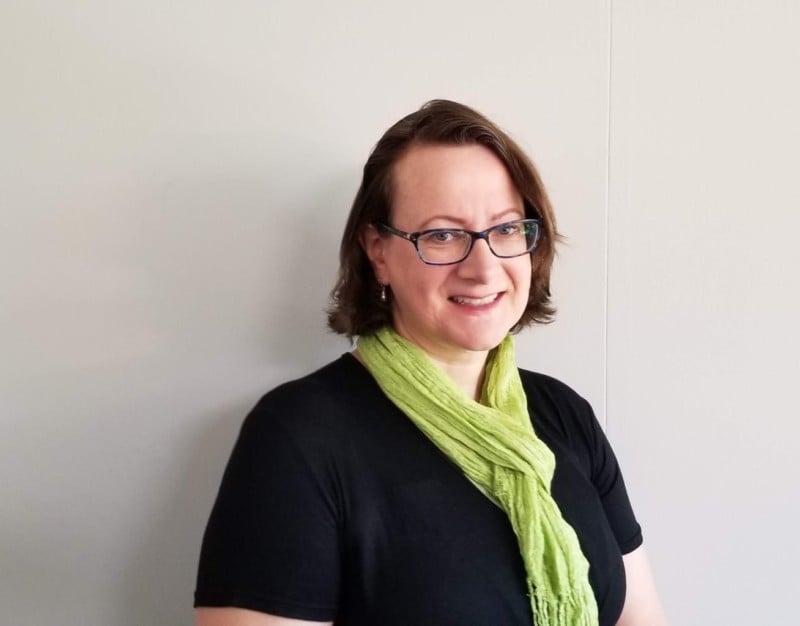 When National Geographic published Beth Moon’s images of “the world’s oldest trees by starlight,” seasoned astrophotographers like Adrien Mauduit cried foul. Not only were sections of the sky cloned, but specific stars were appearing in portions of the sky that were physical impossibilities.

As other astrophotographers chimed in, a microbiologist emerged as the most eagle-eyed of the bunch. Dr. Elisabeth Bik, a science consultant who runs Microbiome Digest (@microbiomdigest), started finding more manipulation in Moon’s work, as well as other images on the Nat Geo website and by photographers like Steve McCurry. 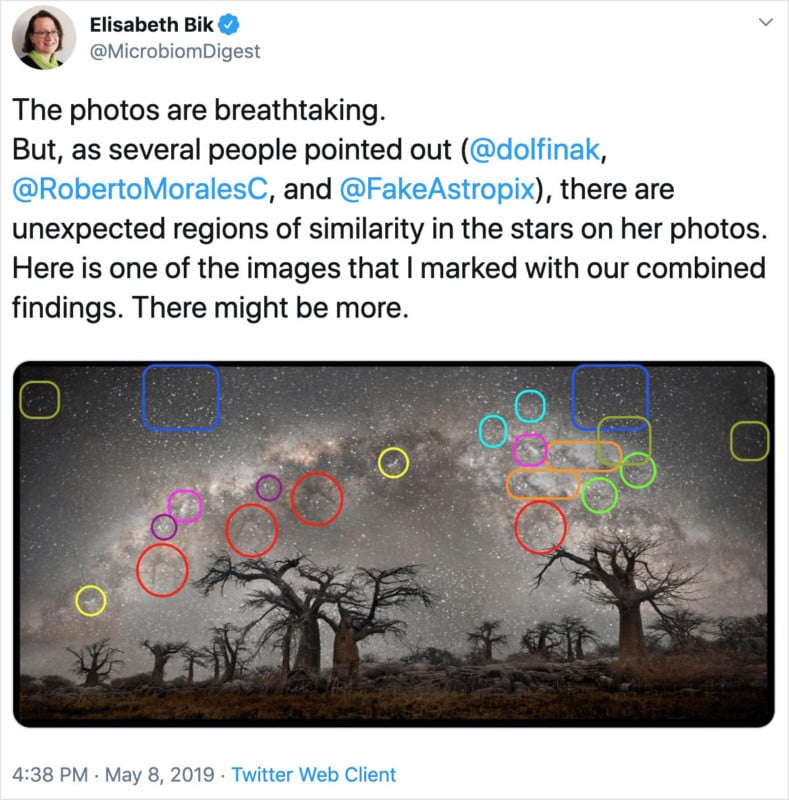 These are beautiful pieces of art – but the problem is that these are presented as real photographs (with some image enhancement). Where does nature photography end and where does art start? That is hard to tell here.

Some more regions of unexpected similarity in work by this photographer, as found on https://t.co/TSMyYNLEyM
HT: @schneiderleonid pic.twitter.com/ZfuFNxGCfR

Two photos by this artist, one by day and one by night. pic.twitter.com/HVLrtqA4XF

Impressed with her photo sleuthing, I tweeted to her to find out what tools she was using. She responded, “Just my eyes, but I occasionally use Preview to bring out contrast/more details. Nothing fancy!”

Intrigued, I reached out to Bik via e-mail.

Me: You studied microbiology at Utrecht University, and received a Ph.D. from the Dutch National Institute of Health for your research into cholera. But you’re arguably best known now for sussing out image manipulation since you co-authored “The Prevalence of Inappropriate Image Duplication in Biomedical Research Publications” in 2016. What got you interested in this niche?

Dr. Elisabeth Bik: I found out about science misconduct by reading an article about plagiarism in science papers, which initially led me to search for papers with plagiarized text. By accident, I found a thesis with multiple copies of the same Western blot, but in different orientations and representing different experiments. Some of these images had also been used in published papers, so I wrote to the Editors of the journals in which these papers had been published. These papers have now been retracted.

This process made me realize that not all scientists are honest (luckily just a small fraction!). I also learned that there are other scientists who are searching for research misconduct during their spare time. My initial search for duplicated science images within the same paper led to a large project in which I screened over 20,000 scientific papers. About 4% contained duplicated or manipulated photos. Our publication was one of the first to investigate this problem, and it has led to much greater awareness and scrutiny among journal editors and peer reviewers.

Some microscopy photos of eukaryotes in the same series.
Stachybotrys and Cryptococcus, pic.twitter.com/hks0rT9jep

You’ve previously focused on fake images within scientific papers, but recently took a detour to spot manipulation in a number of images published on the National Geographic website starting with Beth Moon. Were you surprised to see such blatant manipulation appearing on Nat Geo?

Yes, I had assumed that National Geographic would be very careful in screening the images they publish. They have always published amazing nature photos, which are often very hard to make. They also have a rigorous set of guidelines to screen their photos for manipulation. However, other people have pointed out that the magazine and associated websites have been acquired recently by new owners, and that the quality of their content has gone down. The images that prompted me to take a careful look at Nat Geo photos, the ones by Beth Moon, had been obviously manipulated, with large chunks of the Milky Way cloned multiple times within the same photo. These were not images that should have passed quality control. It is good to see that Nat Geo took them down.

You tweeted “These are beautiful pieces of art – but the problem is that these are presented as real photographs (with some image enhancement). Where does nature photography end and where does art start?” When so many images (e.g. advertising, fashion, Instagram) are manipulated, why do ethics matter in creating and publishing images?

I am not a big fan of manipulation of photos in general, especially in cases where it is hard to figure out if the images are real or not. The excessive alteration and airbrushing of photos from fashion models, in particular, has led people to believe that bodies should look much thinner, smoother or more muscular than they actually do. This has distorted the way we think a normal, healthy body should look like, which in turn can contribute to eating disorders or unhealthy work-out regimes. Luckily, some magazines have promised to never alter their images of models, and last year, Dove has committed to labeling their photos with a “No Digital Distortion Mark”.

These are good developments. Whether or not photo manipulation is ethical also depends on the type of magazine or news outlet that publishes those photos. One would expect that serious newspapers, nature magazines, and scientific journals publish unaltered photos, while commercial, satirical, or fashion media are probably less trustworthy. What got people shocked in this case is that Nat Geo, one of the traditionally trusted sources, published two Photoshopped images within a couple of days, the Beth Moon Milky Way image as well as the “wasp on yellow flowers” photo in the Your Shot series.

This macro photograph made by Your Shot photographer Andrzej N. shows a wasp framed in yellow flowers. https://t.co/zSAvhlt8k8 pic.twitter.com/HNR7j6fwKo 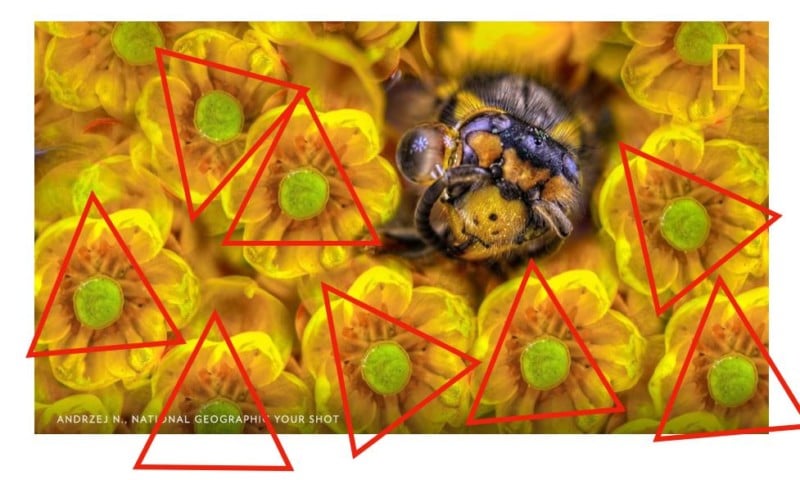 Thank you all for flagging this photo. It has now been removed from the National Geographic Your Shot website.

While we all can agree that these photos are beautiful to look at, it seems unethical to present them as real. In particular, Ms. Moon story about “documenting” trees, planning photo shoots around moonless nights, and waiting long times to catch a perfectly wind-still moment are a bit strange given that the stars in the background appear to have been copied in. But I hope that Mrs. Moon can comment herself on what happened here. We can still appreciate here photos as beautiful if they have been manipulated. It would be great if the photo industry could come up with some guidelines for the different types of photographers and photos they produce, indicating how much they have been altered from reality.

What is even more worrisome is that with recent technical advances, it is now impossible to tell if some photos or videos are real or not. This is of serious concern because we can all be fooled to believe a fake image is real.

Reading the @petapixel 2016 article about cases of photoshopping (beyond color enhancement) in photos by Steve McCurry, who shot the famous Afghan Girl photo on the cover of @NatGeoMag in 1985.https://t.co/aOilcWf5mu

Looking at some current work by this photographer, and already found two possible duplications – can you see them? pic.twitter.com/yCrwnKuV9j

Yes, as several people pointed out, the trees on the horizon appear to be duplicated in two spots (blue and red circles).
In addition, I also see duplications in the pebbles/shells on the floor.
And the fence near the horse looks irregular. pic.twitter.com/gnaeKjLNPQ

Another photo by Steve McCurry where I see repeats. Can you spot them?
"Easter Island" pic.twitter.com/KuDBgV5hFL

Here is what I found so far (after a break for dinner with a friend):
Again, cloning in the periphery, so not messing with the topic of interest, but still confusing.
Photo taken in 2018, after he promised to use less photoshopping. https://t.co/ojojreBPG6 pic.twitter.com/JjQbiPD6Jy

I’m curious to your reaction as an outsider to finding manipulation from a photographer like Steve McCurry of “Afghan Girl” fame who I think many non-photographers are aware of. Does it make you more cynical of images that you’re seeing in mainstream media?

Ever since I started searching for image duplication and manipulation in scientific papers, I have been leery of most images I see. But I had assumed that all of McCurry’s photos would have been unaltered since he is known as a trustworthy travel photographer. The Afghan Girl photo has been one of the most memorable National Geographic covers, and McCurry is well known for his large body of photojournalism work since then

But, as others discovered a couple of years ago, some of the more recent photos had been manipulated. He explained this by saying that he turned from a photojournalist into a story teller and that he would sometimes stage or alter his photos to make the message stronger. But this makes it hard to trust any of his photos to be real.

Social media platforms have been widely criticized for spreading misinformation. By contrast, you seem to have found a decent sized following on Twitter for calling out fake images. Can you elaborate on your use of Twitter, and how it contrasts to using your blog?

My Twitter account started as – and still is! – a support for my MicrobiomeDigest blog, which is now run by a team of microbiome scientists who collect the latest scientific publications on microbial communities of animals, plants, and the environment. As I started to find more and more botched science images, I have also used Twitter as a platform to show examples. My goal is to make people aware of such duplications and manipulations so that they might better recognize them, e.g. when they review a grant or manuscript.

A number of photographers I’ve interacted with have been shocked to learn that you spot image manipulations without any tools – just your eyes. Why do you think your brain is so good at pattern detection?

I don’t know! I have always looked for patterns, in particular in laminate and porcelain tile prints. I drove the people in the flooring store nuts when we were looking for new tiles in our house! And actually, I am very bad in face recognition, which sucks, especially at conferences, large social gatherings, or movies with a lot of different characters.

Have you ever played the Photo Hunt video game in a bar? I bet you’d be really good at it.

No, I did not know this game – I guess I don’t come very often in bars nowadays, hahaha. But that game is exactly the opposite of what I have been doing. I am not sure if I would be as good in spotting differences as in spotting similarities!

This Documentary Film Exposes How People Cheat at Instagram