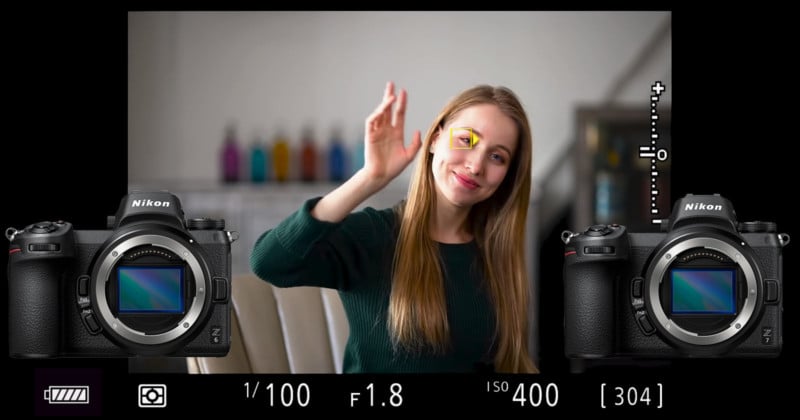 Nikon announced back in January 2019 that Eye AF would be added to the Z6 and Z7 mirrorless cameras in an upcoming firmware update, and today that new firmware (version 2.0) was just launched.

In addition to adding Eye-Detection AF for detecting and tracking subjects’ eyes, the cameras are also getting improved autofocus performance in low light (from -1EV to -2EV in the Z7, -2EV to -3.5EV on the Z6, and -4EV to -6EV on the Z6 in Low-light AF mode) as well as auto-exposure tracking in continuous high-speed (extended) mode (AE tracking at 9fps for the Z7 and 12fps for the Z6).

The Eye-Detection AF for still photography is a highly-anticipated feature that detects and focuses on human eyes in both AF-S and AF-C using the Auto-area AF mode.

“When the eyes of multiple subjects are detected, the multi-selector or sub-selector can be used to select the eye upon which the camera should focus,” Nikon says. “This enables precise focus on the eye of the intended individual, even when looking through the Electronic Viewfinder.

“This function is applicable even when the subject’s face is partially covered by another object, or in the event when a subject is frequently changing their pose.”

We got video sneak peeks at the feature back in January and April showing Eye AF in action, but photographer Jared Polin (AKA FroKnowsPhoto) has just published a 27-minute video comparing the new feature in the real world against Sony and Canon’s eye tracking.

If you’d like to only compare the head-to-head, side-by-side footage, here’s a 4-minute video containing just that:

To get started with firmware v2.0 for the Z6 and Z7, head on over to the Nikon Download Center to download it.

You Can Now Buy the First 1TB microSD Card