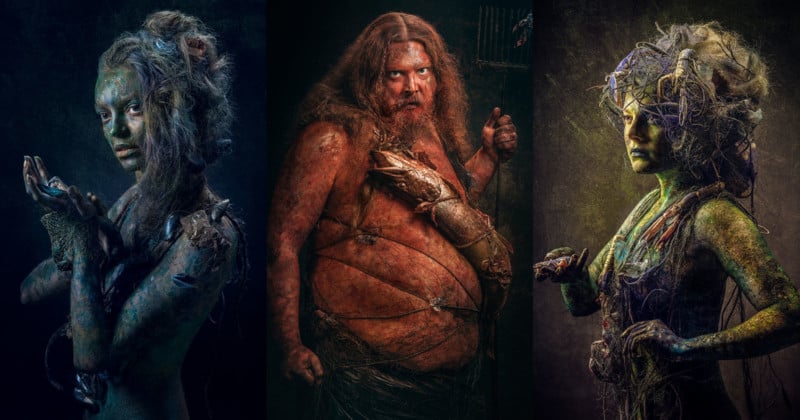 This photo series is a story of nature and people. The making was at once both burdensome and awesome. Many months these images haunted my dreams and permeated my thoughts for much of my waking hours. This work used up my strength, time and money. And at each session, it gave something back. This series’ intention is to stir up emotion also in the audience. Bring the mind to the present. To tell a story of our waters.

Nature has always been an important part of my life. Since early childhood, I’ve spent countless hours in the great outdoors. In all my childhood summers, I was traveling by boat in Finland’s lakes and rivers, and sometimes the Baltic Sea. Water has come to be a very meaningful element. It’s a part of me.

The plastic pollution of our waters is a global problem. We dump 8 million tonnes of waste in the sea every year, 80% of it plastic. For instance, the Great Pacific Gargabe Vortex is now an area three times the size of France.

Pollution brings detrimental changes in aquatic ecosystems. Vast amounts of rubbish and industrial waste end up in the same waters where we take our food and drink. This is my great worry, and it ought to be the concern of everyone here on the planet. Pick it up, people!

This series is inspired by the horror stories of H.P. Lovecraft, particularly The Shadow Over Innsmouth (1931), wherein rising from the sea a dark threat lurks o’er the village of Innsmouth.

The images are a blend of these themes. The story of sea creatures, wrought in filth. The story of our waters’ contemporary troubles. The creatures’ emotions vary from wistful and sad to anger.

In the beginning, I had a notion of styling the model with nets and fish, and paint for the skin. I thought this would be a one or two image thing. The concept grew and ripened. The environmental aspect came along and the whole business escalated with that.

I had planned the series quite far before the first shoots. Yet the plan varied and evolved along the way which is natural with a big project. A few mistakes were also made, luckily nothing catastrophic. They in a way opened up new possibilities to improve the series.

In November 2018 we held the first planning sessions with the series’ stylist Laura Puntila. We laid out the styling guidelines and generally discussed the project we were about to embark upon. The styling employed for instance coffee grounds and body-paint to make shines and grainy skin texture. 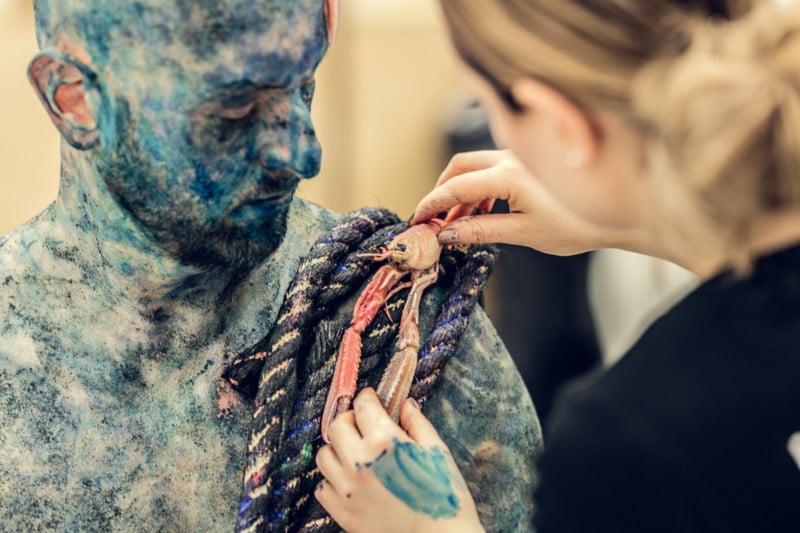 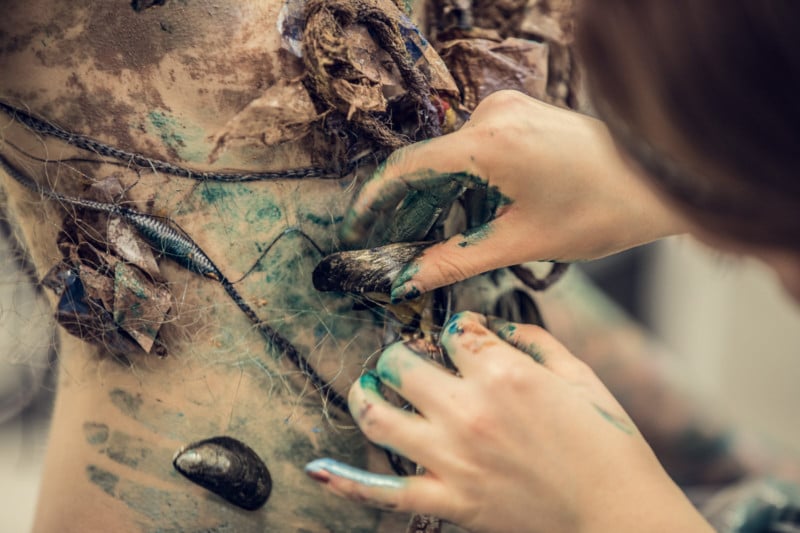 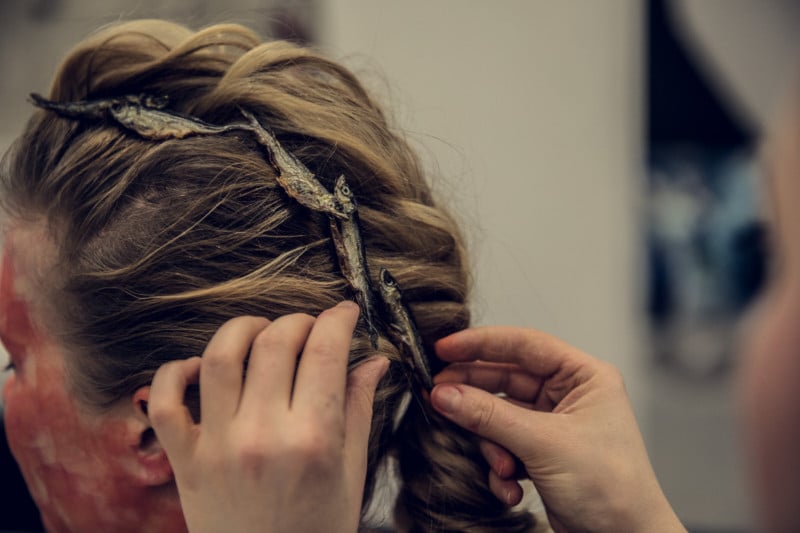 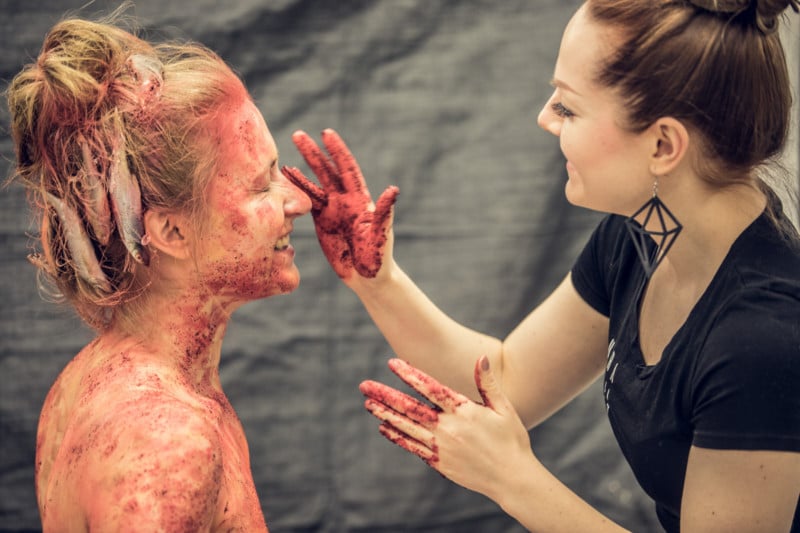 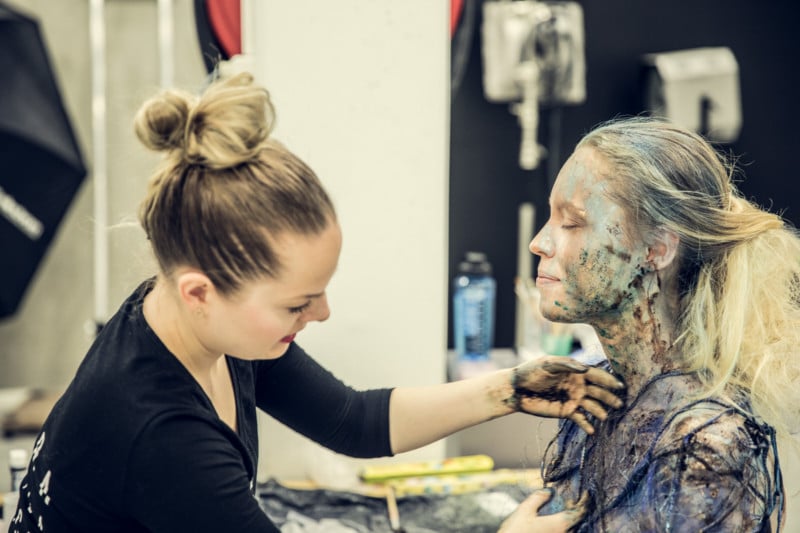 Many parts of the setup we were able to borrow or had gifted to us (e.g. self-caught fish, tridents and from my session assistant’s grandparents a sack of old fishing nets). Though not all of the seafood we used was edible I still had pangs of conscience at times when perfectly good fish got spoiled in the making. Yet I held the images’ message in such regard that I was able to ignore such pains.

Many models showed great interested from the very start but after the first making-of’s came out requests to take part began really rolling in. I am quite delighted that the models are from all over Finland. One of them actually lives all the way in Berlin! People wanted to model for me and be a part of the series. That’s when I felt having done something right. No one was bothered by being topless, or with a fish on their head. Everyone went casually and bravely along. At some sessions, the stink was pretty horrible, but no one paid it much thought. 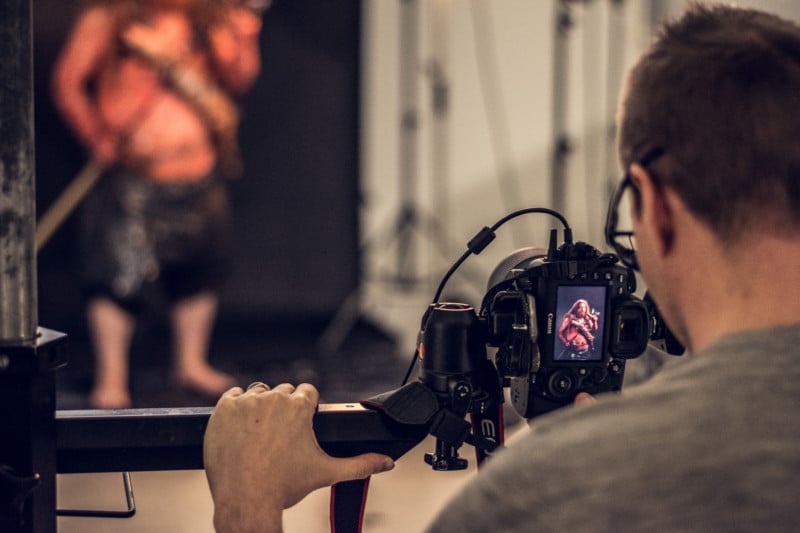 For the sessions, I had an incredibly fabulous team whom I cannot thank enough. Laura worked dozens of hours preparing, testing and then actually transforming the models into aquatic beings. Tekla Kokkonen was there at almost every session helping me, Laura and the models. Tekla too was of crucial assistance and she also modeled for the series! 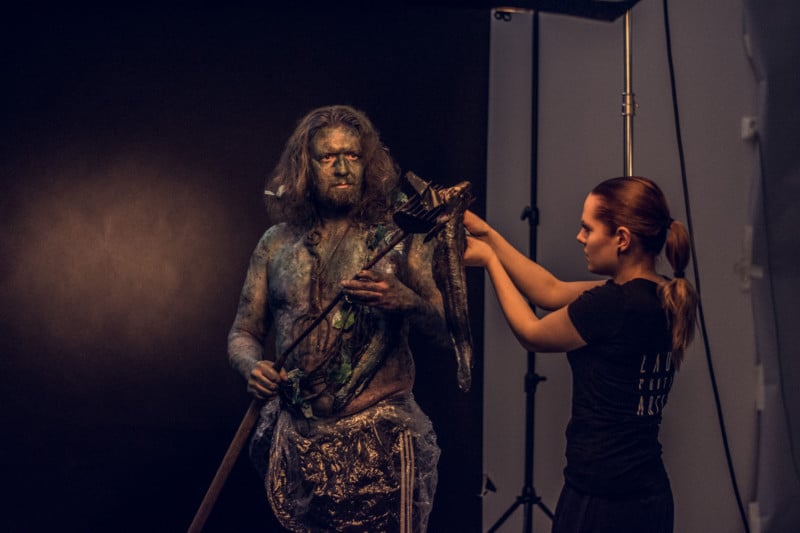 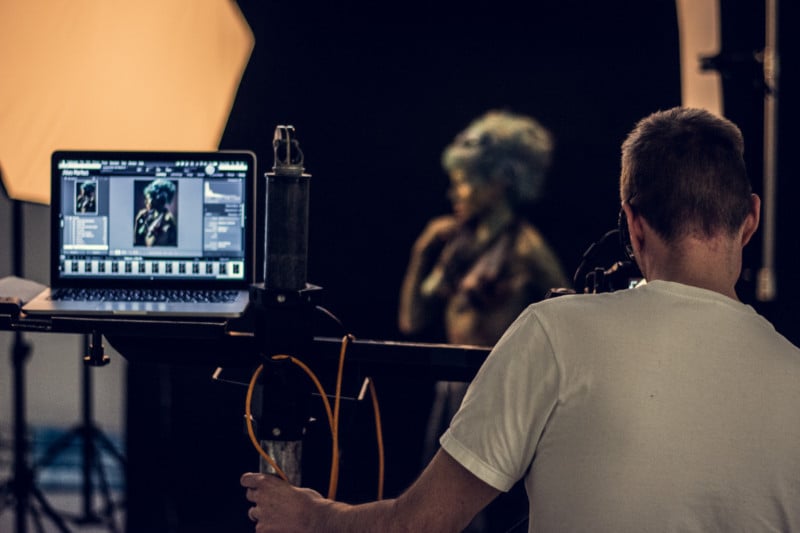 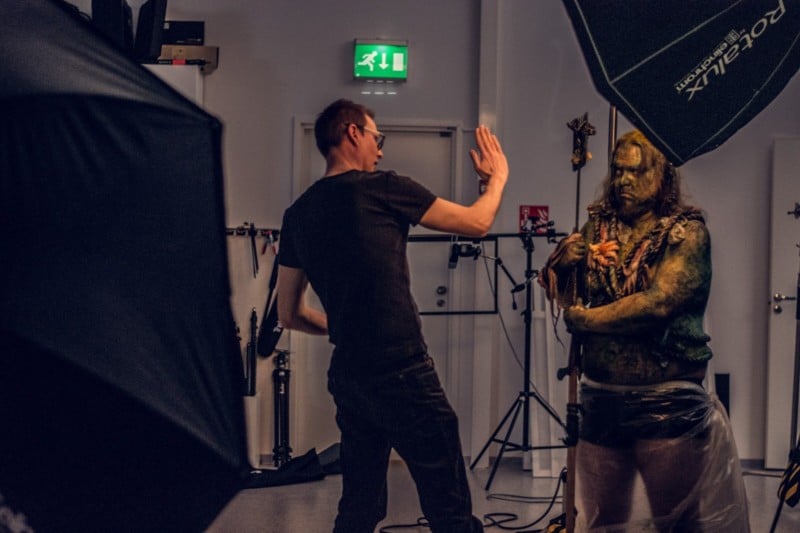 The editing went pretty quickly. I had prepared texture and tone layers in advance for each tone. The pre-work took many hours but sped up the editing. The images needed only minor fixes afterward. It’s been quite a journey. This is where we’ve come. 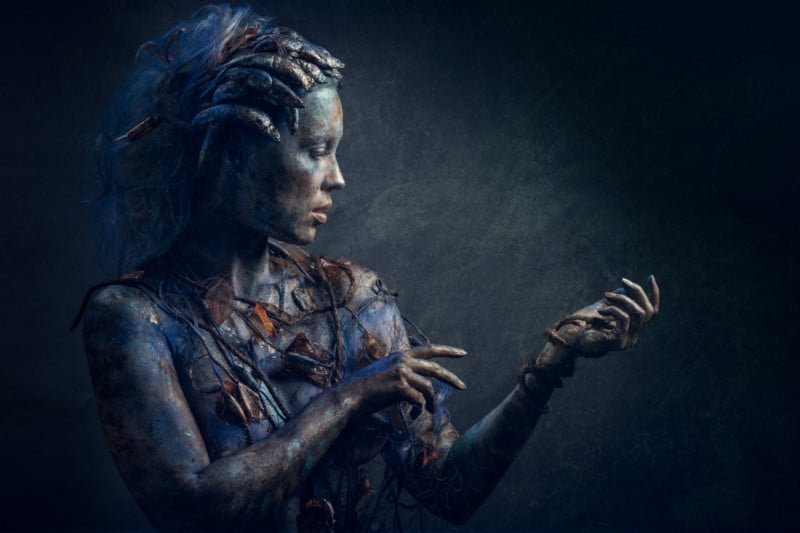 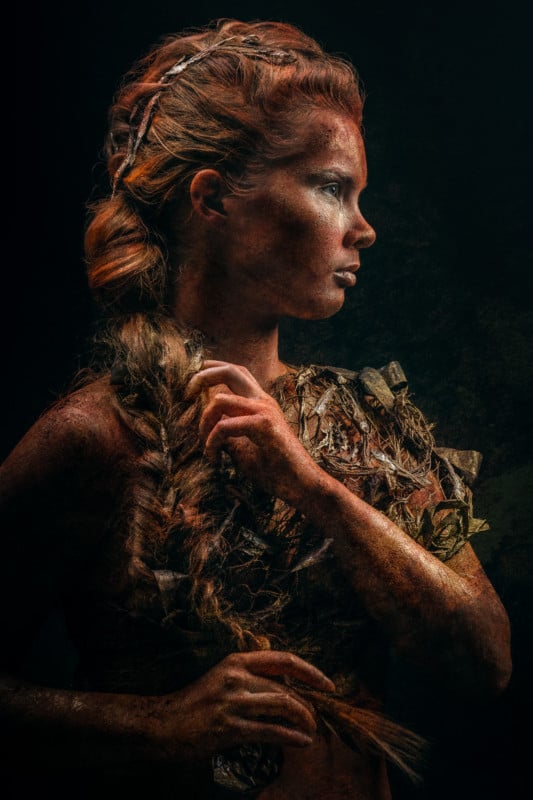 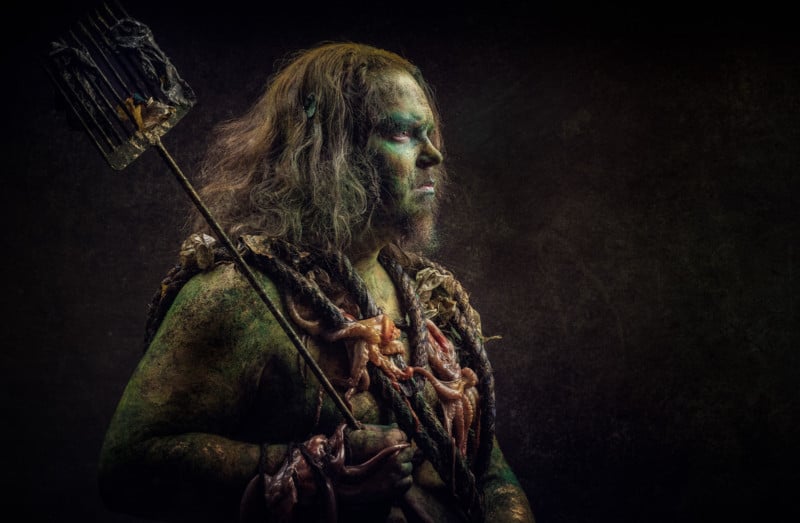 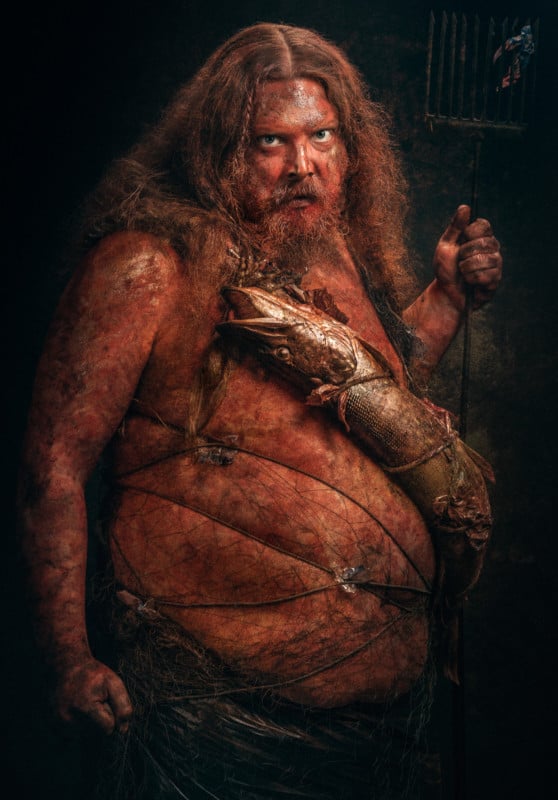 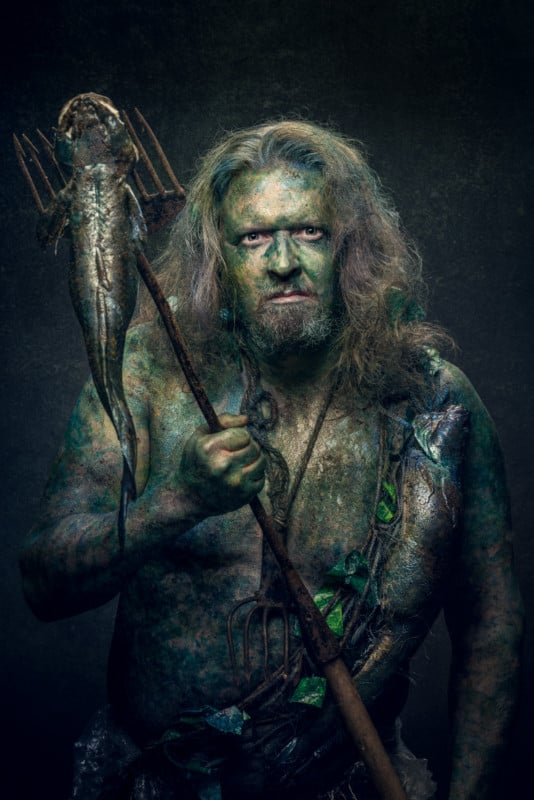 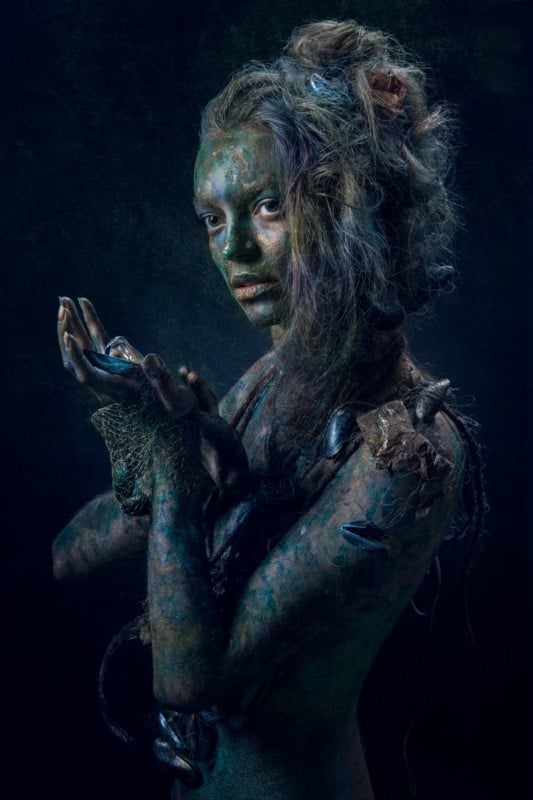 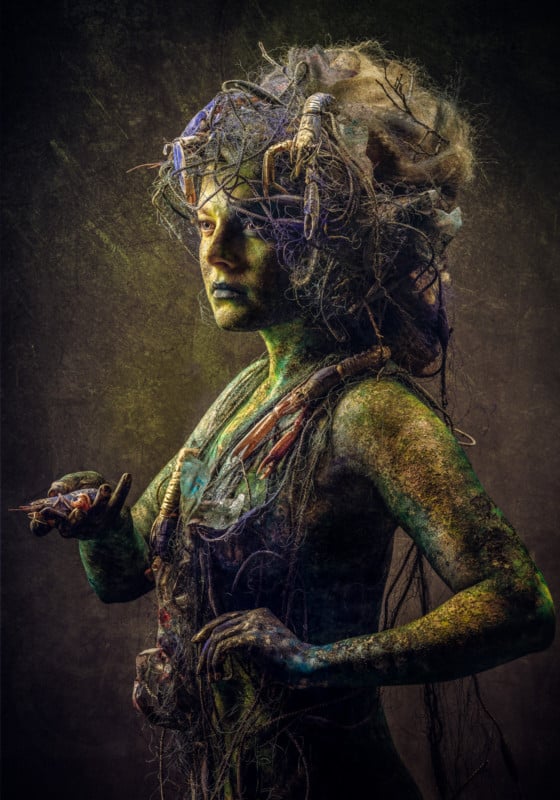 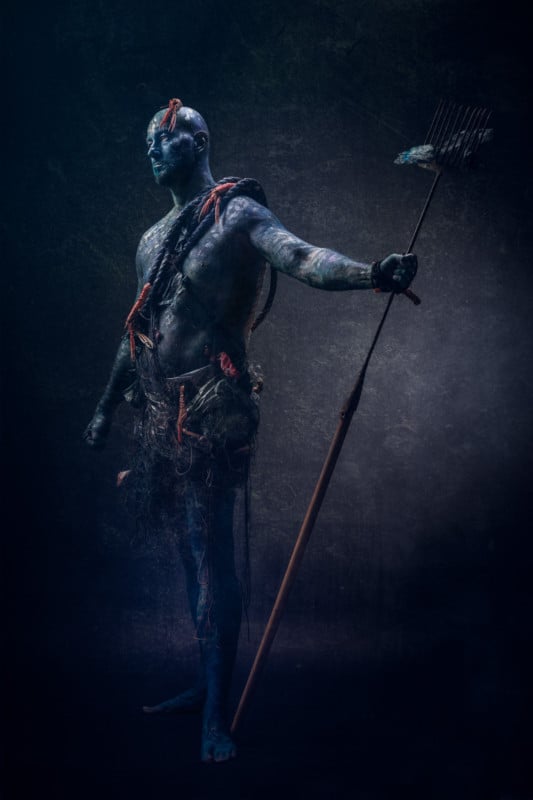 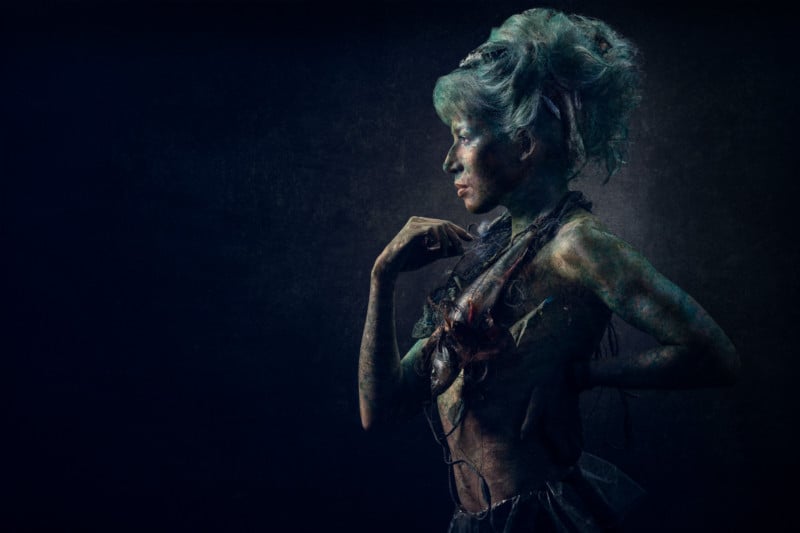 My biggest gratitude of thanks to all who took part.

About the author: Markus Aspegren is a photographer based in Kuopio, Finland. The opinions expressed in this article are solely those of the author. You can find more of Aspegren’s work on his website, Facebook, Twitter, and Instagram. This article was also published here.