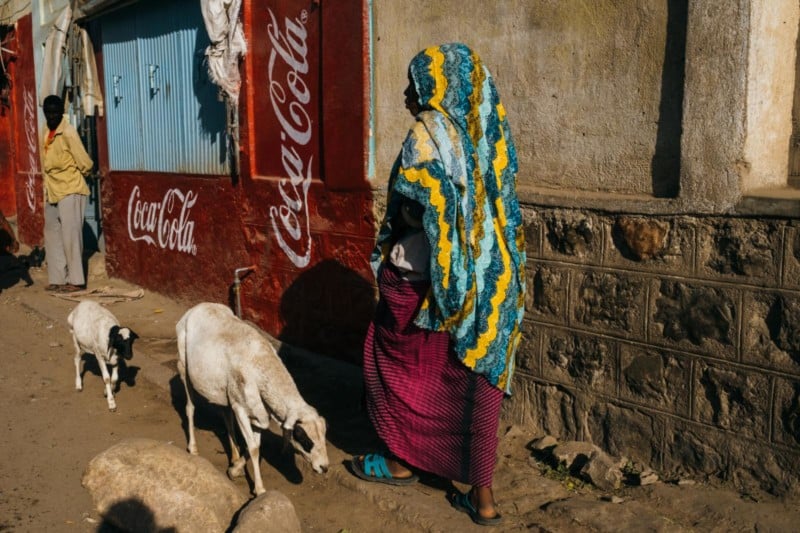 My first time in a Sub-Saharan African country was in Ethiopia, and to be honest I wasn’t sure what to expect. Well, yes I know, I was expecting to get ‘in the zone’ at all times and take hundreds of great pictures like I expect from all my photography trips. Not too much to ask, is it?

Making the trip with fellow photographers Jure Maticic and Kristian Leven, we are all somewhat experienced photographers in foreign lands, so we are all used to having culture shocks of some sort and generally overcoming them to acclimatize and get on with taking photos. However, for me personally, Ethiopia felt different to anything I had previously experienced. 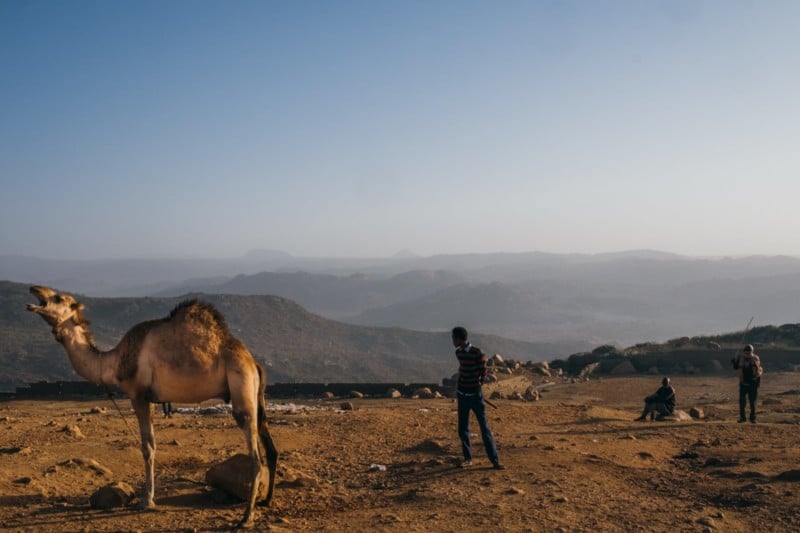 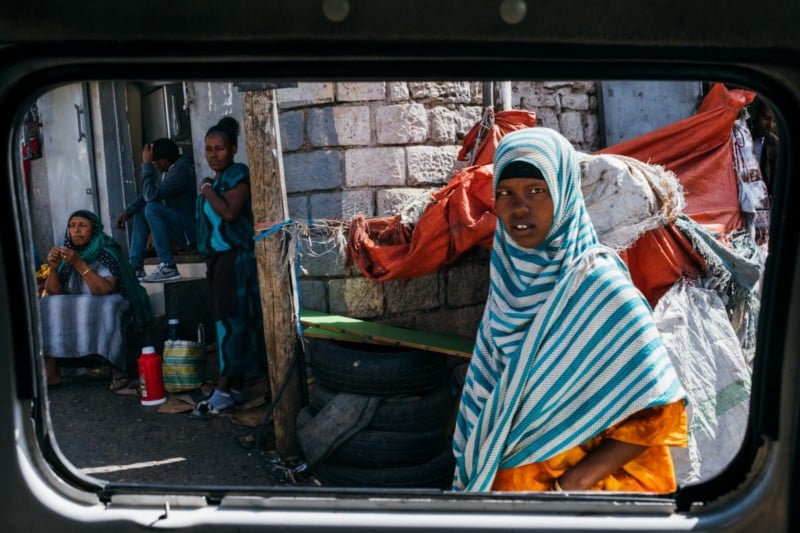 In total, we traveled to Addis Ababa, Dire Dawa, Harar, and a few surrounding villages in the area. We didn’t spend a lot of time in Addis Ababa and most of the time there was spent photographing Timkat, the Orthodox Epiphany celebration.

A large part of my most recent photography work has had a central relationship with religion or religious festivals (like the documentary photography I do in Spain), so the Timkat was actually the main reason I always wanted to go to Ethiopia; the chance to further explore and photograph religious activities in another cultural tradition. 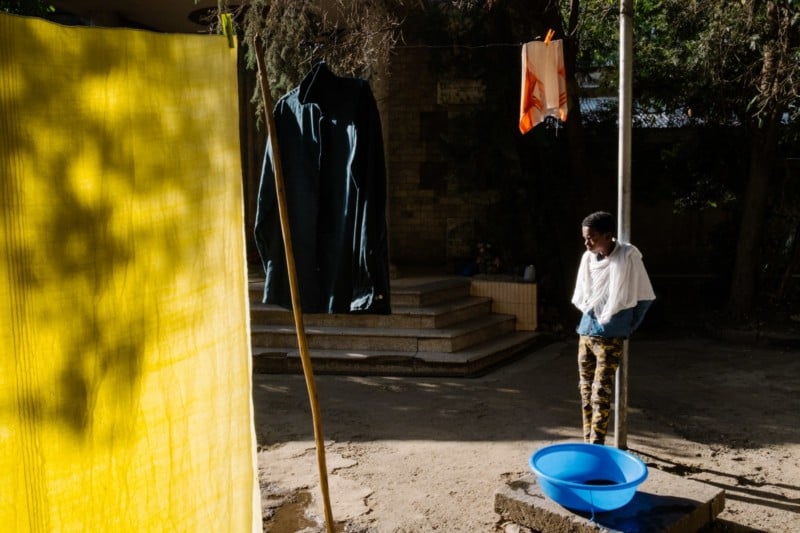 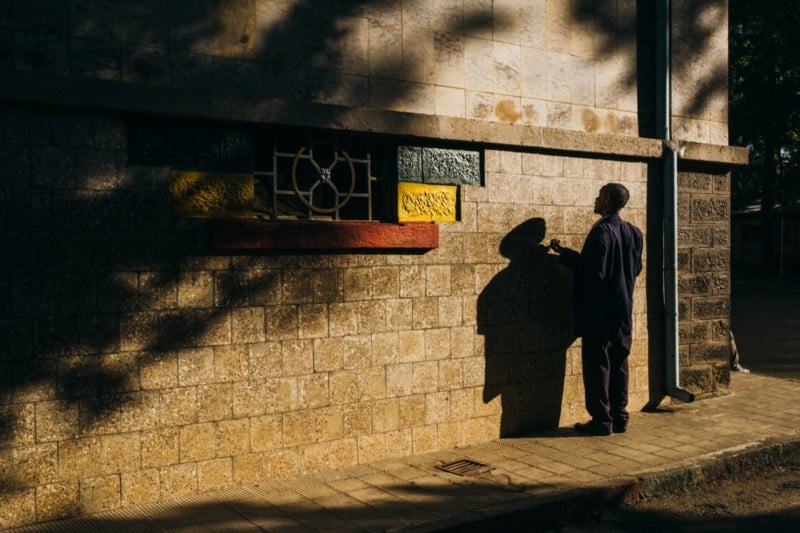 From the moment I started walking the streets of Addis Ababa, Ethiopia’s bustling capital city, I quickly felt out of my comfort zone and overwhelmed by the intensity of street life there. There were a few things that really struck me on the first few days of the trip: the amount of armed security and military throughout the city; the poverty within the city and country as a whole (which really hits you hard at times); the suspicion and questioning from people when you have a camera in your hand; and the general awareness that usually you are the only ‘westerner’ around, which means lots of eyes on you.

If it this is the first time you experience all of this (as it was in my case), you can feel a little bit intimidated, but the good news is… you do get used to it, even though never 100% used to it in my case. 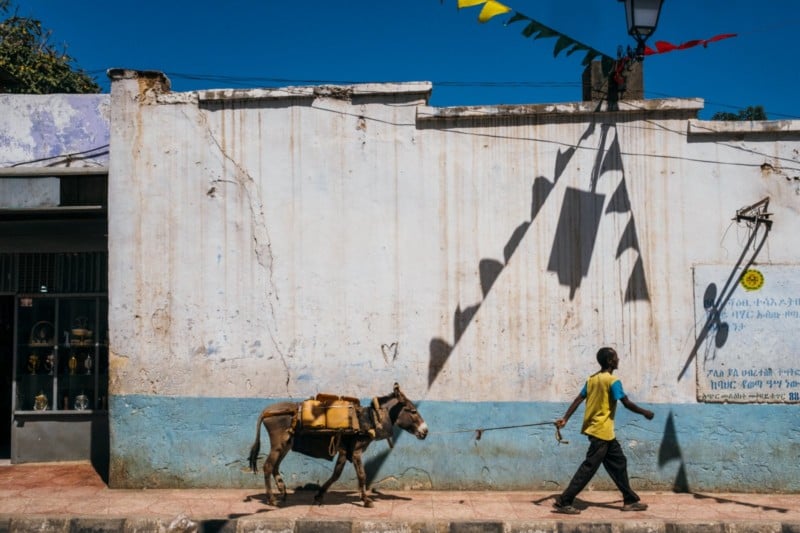 My usual approach to my documentary photography or street photography is to identify ‘scenes’. These are situations I see which I think could become pictures. I find myself waiting and waiting (usually with the camera up at my eye) until every element falls into place and then click, picture. However, I found I couldn’t work like that in Ethiopia. I had to change the way I worked and became faster and more engaged with people, talking with them more than I usually would when photographing. 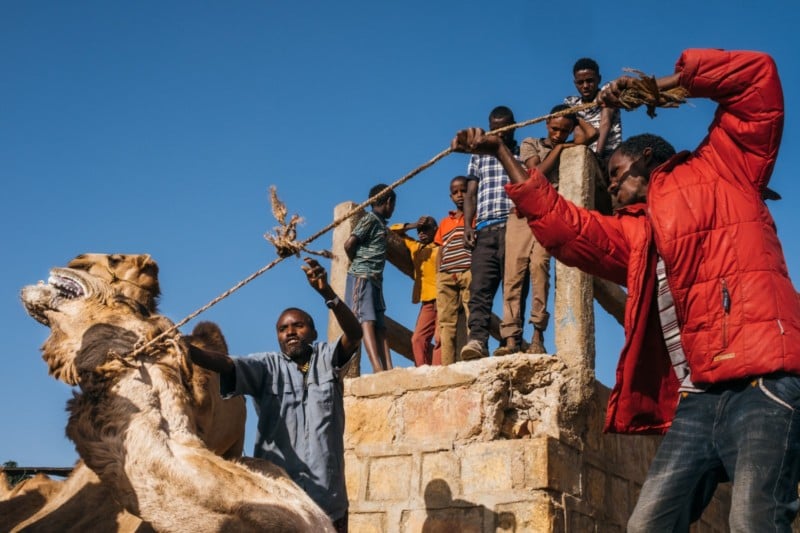 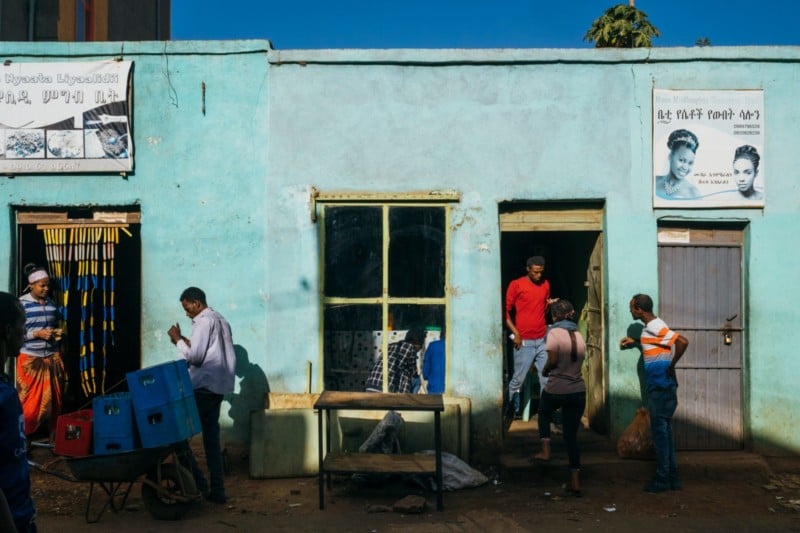 Despite the difficulties, I found taking photos in Ethiopia that did not hide the fact that I also found it to be a wonderful country, full of great people. Even though It might sound like a cliché, you will find the biggest smiles in the world there. Walk around and many people will approach you with a big grin and a big sense of curiosity asking you ‘where from?’ or ‘you fine?’, ‘you good?’. This, of course, stops you from being able to ‘blend in’ but it gives you the chance to exchange a few words with locals and interact which in turn will allow you to photograph. And a word of advice: people LOVE football and especially the ‘Premier League’ which I often used it as a talking point. 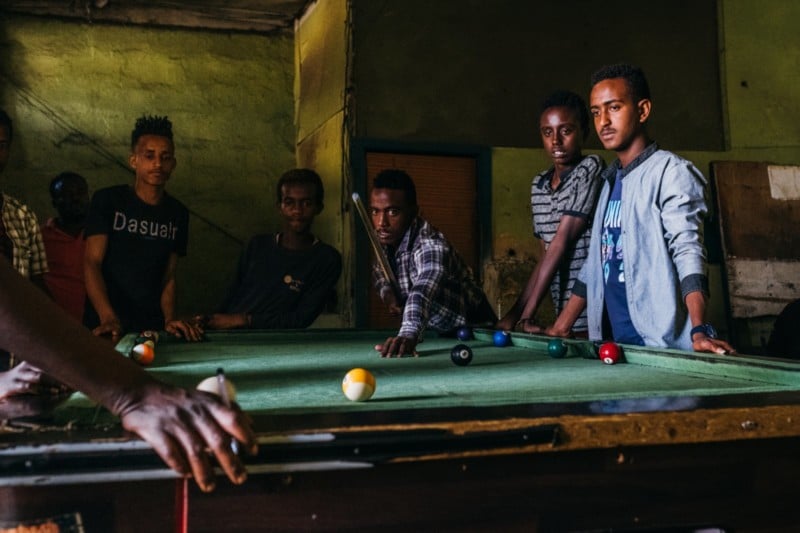 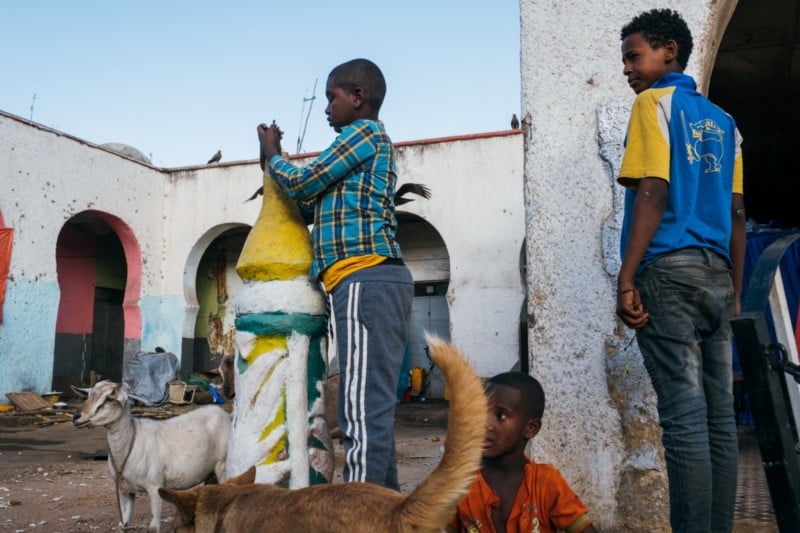 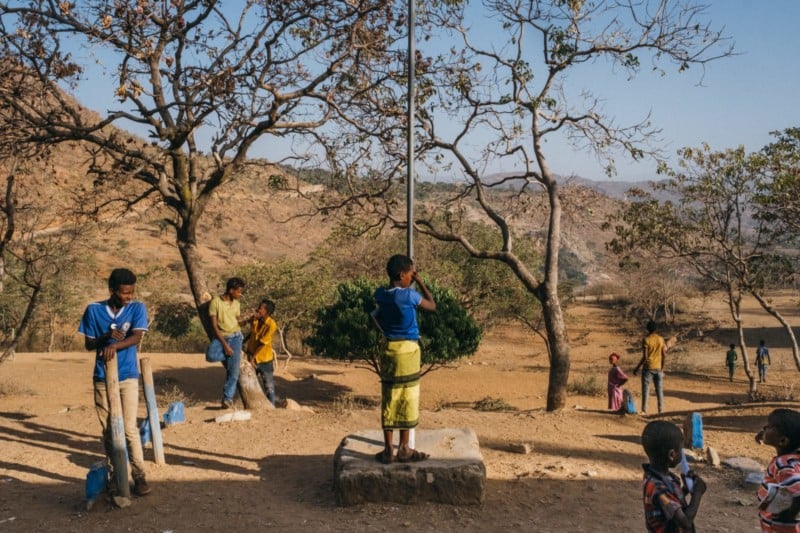 Very often when I would say I was from Madrid, the initial reaction was always ‘Real Madrid!’ to which I would, of course, reply ‘no, Atletico’. This would always end up on with laughter and give me the chance to engage with more people and groups. It somehow makes you think football is the only thing that unites everyone around the globe! 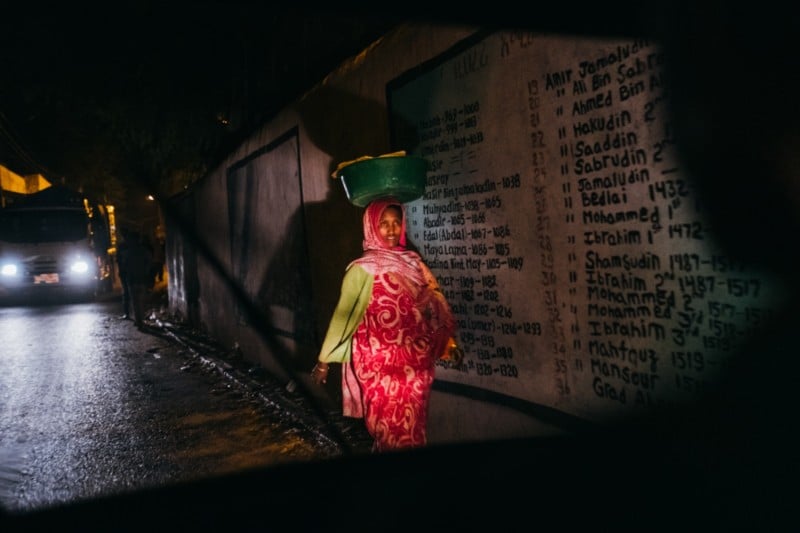 However, as you may have guessed I didn’t find Ethiopia an easy place to photograph. You are going to get lots of ‘no photo’ even if you are just walking around with the camera around your neck. If you take a picture of an interesting situation or scene, you’ll likely get someone behind you questioning what you are doing. It can feel as if people are suspicious of you walking around and taking pictures.

I’m sure there are many reasons for this and I’m sure Ethiopia is far from the only country where it can feel like this. This suspicion feels worse in Addis Ababa though. Addis is a big sprawling city which often feels too much (in every sense of the word) so you have to tackle it bit by bit, area by area (i.e. don’t go to the ‘Mercato’ – the biggest outdoor market in Africa – on day one!). Many capital cities of the world can feel overwhelming to those unaccustomed to their ways and their rhythms, so in one sense there is no wonder that Addis feels the most overwhelming place that I saw in Ethiopia. The general feeling of being overwhelmed generally felt strongest in Addis and gradually got better as we got away from the capital. 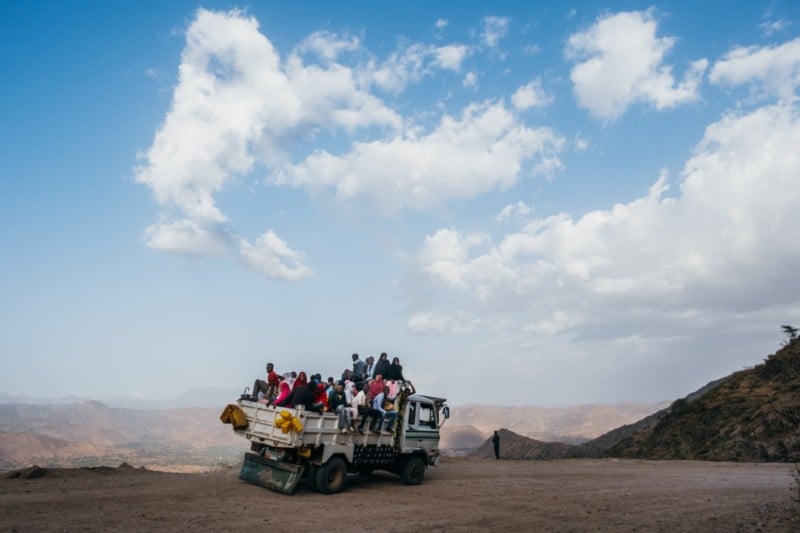 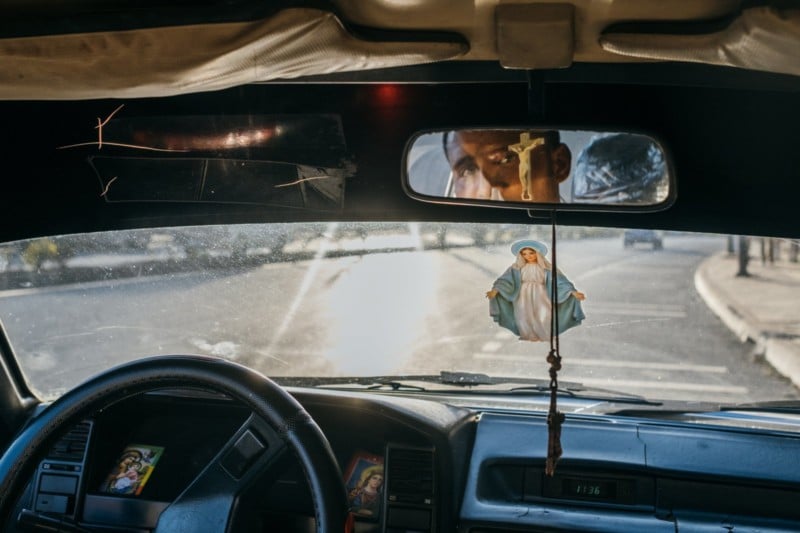 Some of the situations I encountered whilst photographing really stand out still in my mind: the guys transporting tens of colorful coffins in Harar or the crazy vibe at Babile’s camel market. The scenes are definitely there, it was just harder to photograph them than in other places I’ve been to.

All in all, this trip feels like more of a life experience for me than just a photography trip and it has probably changed the way I look at the world, the place I live and my own family. All positive changes, and even though I might be entering cliché territory here, it is true that seeing the way in which many people, especially children, live can really get to you. It moves something inside of you and makes you reconsider some of the assumptions, prejudices, and nonsense worries you experience in your daily life.

About the author: Guille Ibanez is a photographer born in Madrid but currently living in Manchester. The opinions expressed in this article are solely those of the author. Ibanez develops long term projects mostly in his home country of Spain, but he also works within the UK and Asia. Religion and human faith play a major part in his work which has been part of many festivals around Europe and America and he has been a finalist at prestigious festivals such as MIFA (Moscow International Foto) and BSPF (Brussels Street Photography Festival). You can find more of Ibanez’s work on his website, Facebook, Twitter, Flickr, and Instagram. This project was also published here.

This Beer Was Developed to Process Kodak Super 8 Film

My Bad Experience with Drobo as a Wedding Photographer