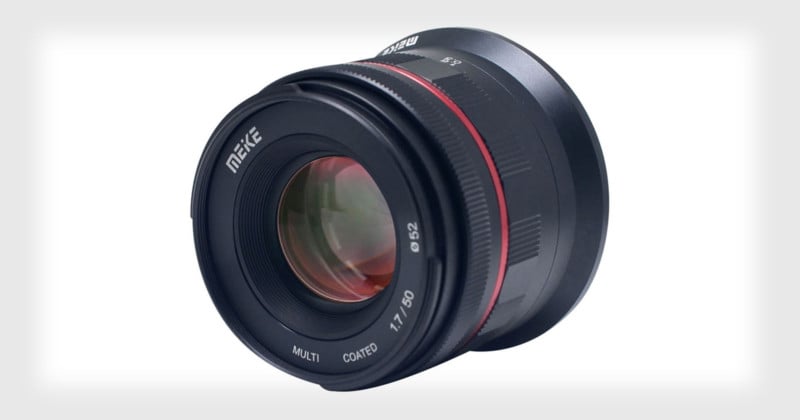 Although it’s been six months since the Nikon mirrorless Z system was announced, there’s still a dearth of native Z mount lenses, and the ones that are available are in my opinion somewhat overpriced (starting at $599 for the Nikon 50mm f/1.8 S). While the FTZ adapter does work remarkably well, it adds quite a bit of bulk to even the smallest F mount lenses. This is where I believe the Meike 50mm f/1.7 finds its niche.

The Meike 50mm f/1.7 is not only tiny in size but is also very affordable at just $139. The image quality too is surprisingly good at this price point. Perhaps the most glaring difference is the fact that this is a manual focus lens. With the advent of focus peaking in mirrorless systems, this may not be a big of a deal breaker as one might think. In my tests I’ve found this lens to be fun to use and a way to force myself to shoot differently, which by extension has me thinking about photography in a fresh way. In fact, it reminds me of shooting a manual focus rangefinder.

Out of the box, the Meike 50mm f/1.7 feels very well constructed in an all-metal construction. Both the aperture and focus rings are buttery smooth, something that video shooters will undoubtedly appreciate. The aperture ring being de-clicked however, I did find myself accidentally knocking it out of position. When turning the focus ring to the closest focal range, the front of the lens protrudes about 1cm. Size-wise, it is somewhat comparable to the Nikon 50mm f/1.8D – slightly longer but also slightly narrower. The mount is also all metal and has a perfect tolerance and fits onto the camera body with just the right amount of snugness. 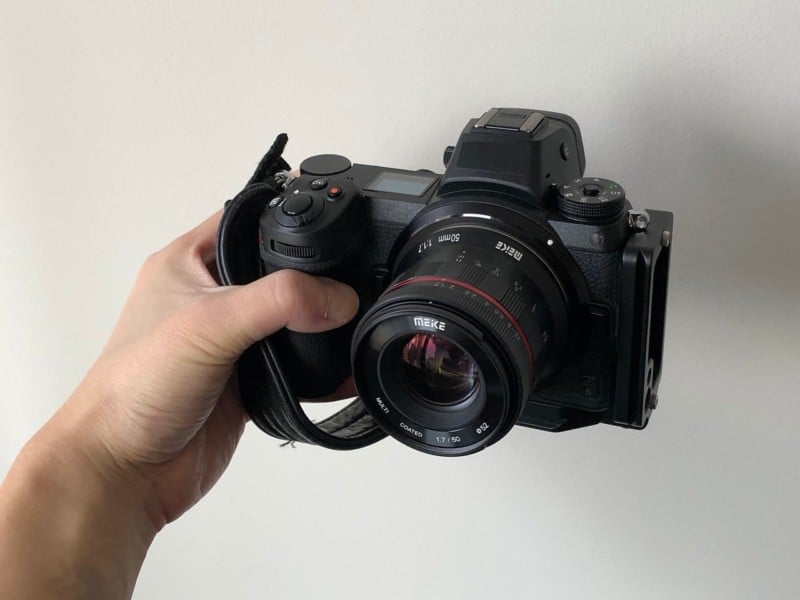 When mounted on the Z6, the size is perfect and really allows one to take advantage of the benefits of being a smaller and lighter camera. While I understand that autofocus motors take up space in a lens construction, it’s a shame that the native Nikon lenses aren’t smaller. Perhaps they were optimizing for image quality, but having a small and light kit was one of the main things attracting me to a mirrorless system. 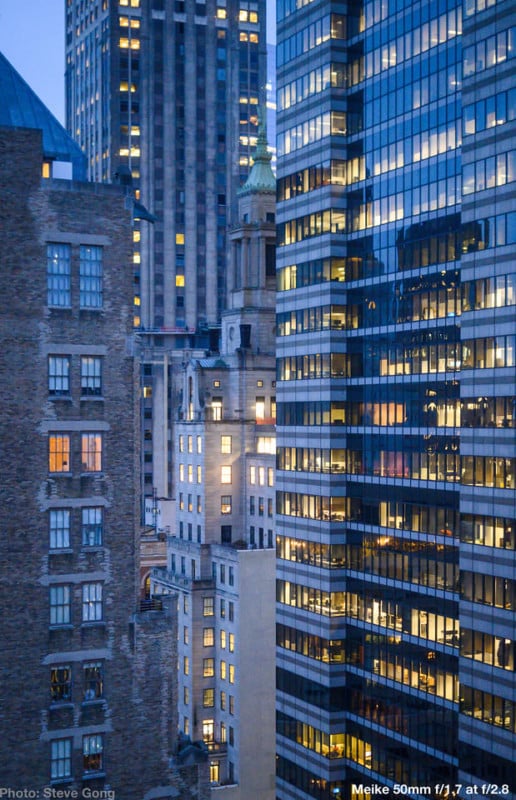 The throw of the focus ring is about a quarter turn. This is more than adequate for fine tuning focus, though personally I prefer having a shorter throw like in some rangefinders I’ve shot in the past. Focus peaking is really what makes this lens possible, and I find that for most applications where I’m not shooting completely wide open, I don’t have to zoom into the image to focus. This actually makes shooting quite pleasant – no need to move around your focus point and no need to move your camera to focus and recompose. 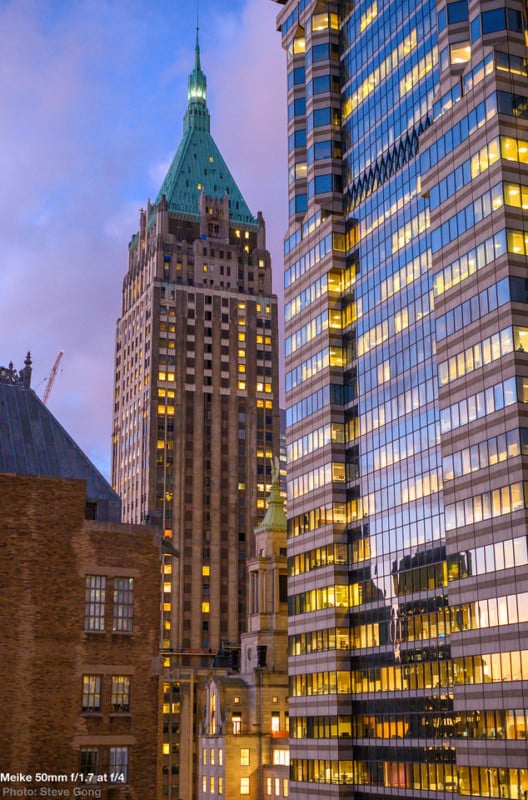 Shooting like this, you get to keep your attention on the whole frame. As for video, I’ve always focused manually, so this lens feels right at home. One thing to take note is that the direction of the focus ring is reversed – different to all Nikon lenses, but the same as most other lens manufacturers. I’ve heard people complain that Nikon does it differently, so if you’re one of those people you might see this as a plus. 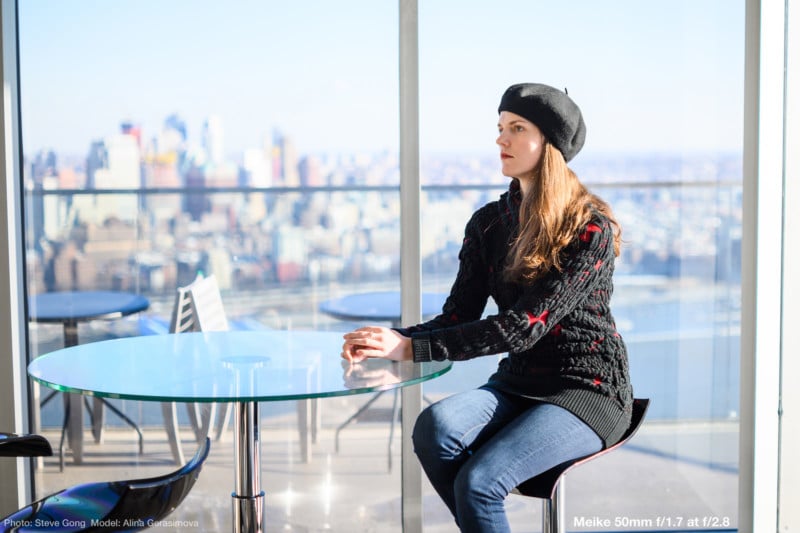 I was impressed by the image quality from this little lens. Compared to the Nikon 50mm f/1.8D, it appears about the same if not slightly sharper wide open. The bokeh/out of focus areas are quite pleasant and to my eyes smoother than the Nikon. This is perhaps due to the extra aperture blades — there are 12 for the Meike and 7 for the Nikon. 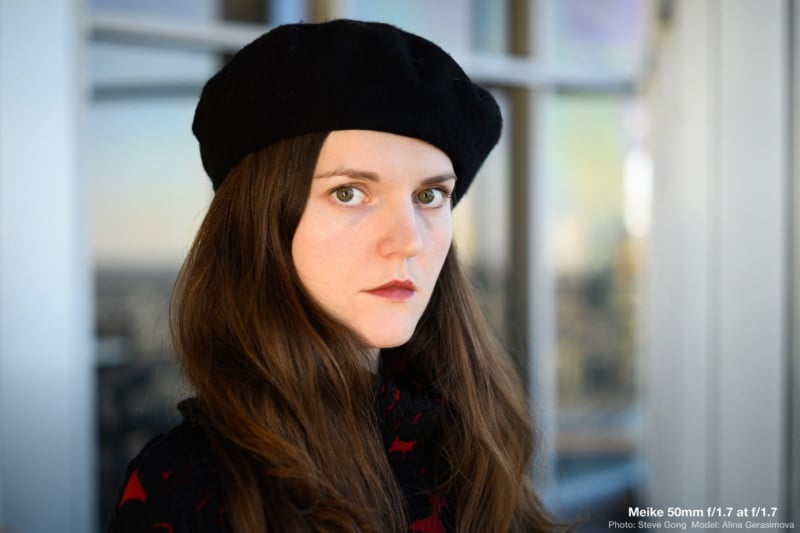 The Meike does appear more contrasty than the Nikon. Whether or not you like this is a matter of personal taste and how you process your images. Stopped down, the lens gets sharper as you’d expect. Shooting against the sun, I did find it flare a bit compared to my more premium lens. This probably could have been avoided with the lens hood that it ships with, though I am not in the habit of using lens hoods.

A note on sensor stabilization: The Nikon Z series have built-in sensor stabilization, and it will work with the Meike 50mm f/1.7 as well, but you’ll have to configure it, or it’ll be off by default. Head to the Setup Menu → Non-CPU lens data → and punch in the appropriate settings. 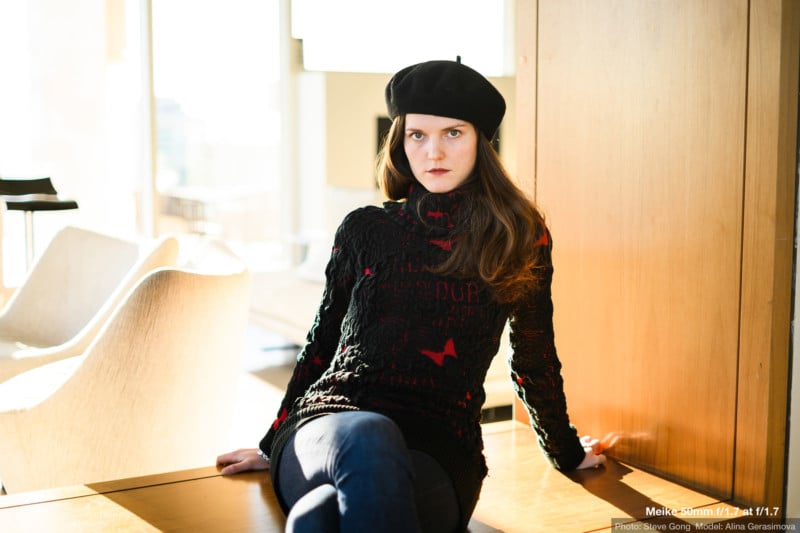 As a manual focus budget lens, the Meike 50mm f/1.7 isn’t for everyone, but there are a few use cases where I think it fits the bill quite well. If you’re looking for an inexpensive native Z-mount lens that’s also small and compact (I believe this is currently the smallest native Z lens available) this lens might be worth taking a look at, especially if you enjoy manual focusing using focus peaking. 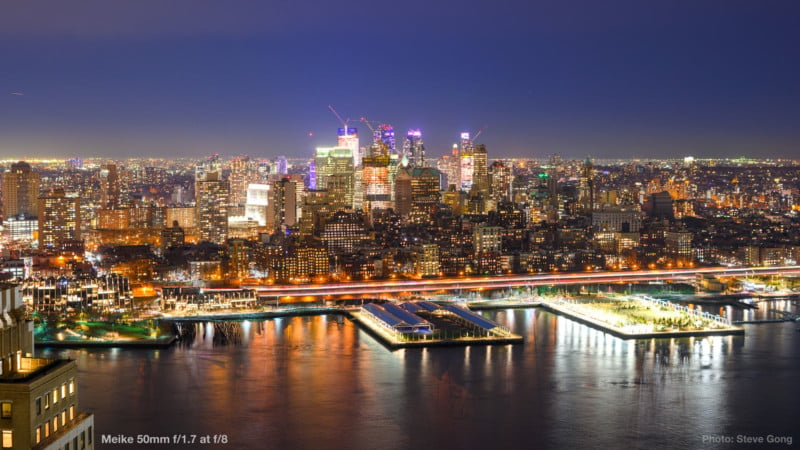 In addition, I think this is a very decent lens for video shooters given the smooth focus and de-clicked aperture rings. Either way, it’s great to see third party inexpensive Z mount lenses on the market from Meike. In a world where Nikon keeps hiking the price on their lenses, we as consumers need more affordable options.

About the author: Steve Gong is a photojournalist based in New York. The opinions expressed in this article are solely those of the author. Gong is known for his photos exposing life in North Korea and for his photojournalistic travels in more than 58 countries. You can find more of his work on his website, Facebook, and Instagram.