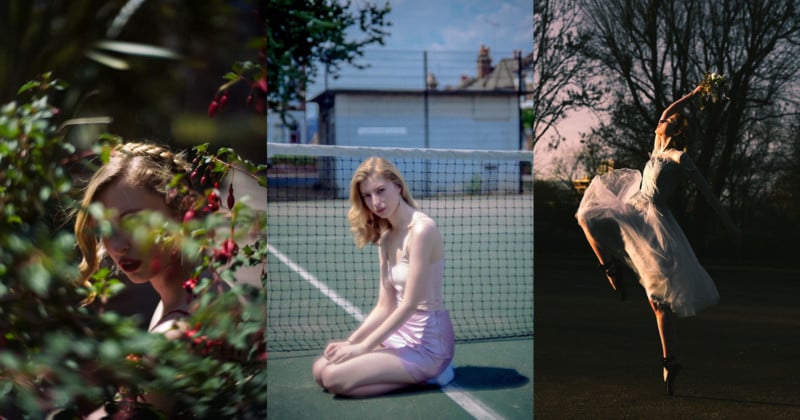 I’ve been working as a model for over four years now, which I love, but there’s plenty of room for improvement in the way that models are treated in the industry and I feel like this is a good place to start. I love collaborating with photographers on creative shoots and editorials, and mostly I find the people that I work with respectful and kind, but there’s always the one or two who aren’t!

If you want to think of your photography as a career option rather than just a hobby then you should extend that professionalism to the people you work with.

For example, models should be able to take breaks for food or water or to use the bathroom. When shooting on location, perhaps consider stopping halfway through for a quick break in a nearby coffee shop for comfort, or providing water or even a blanket if it’s cold out.

Never expect your models to change outfits in public, it’s fine if they offer and are comfortable doing so but don’t act like it’s a given; instead, allow models to change in nearby public bathrooms for privacy.

If you have organized a test shoot then it is fine to agree to TFP compensation for your models, but if you have been approached by a brand or other company and you yourself are being paid, you should definitely compensate your models financially, as well as providing images for them to use, if your contract with the brand allows – if not then the compensation should reflect the lack of images.

It is also important to respect other commitments of your model, they may need to leave at a certain time or not be available before a certain time and this may mean that you have to shoot slightly quicker than you would otherwise like to but it is important to remain respectful of this, especially if you aren’t paying them for their time. 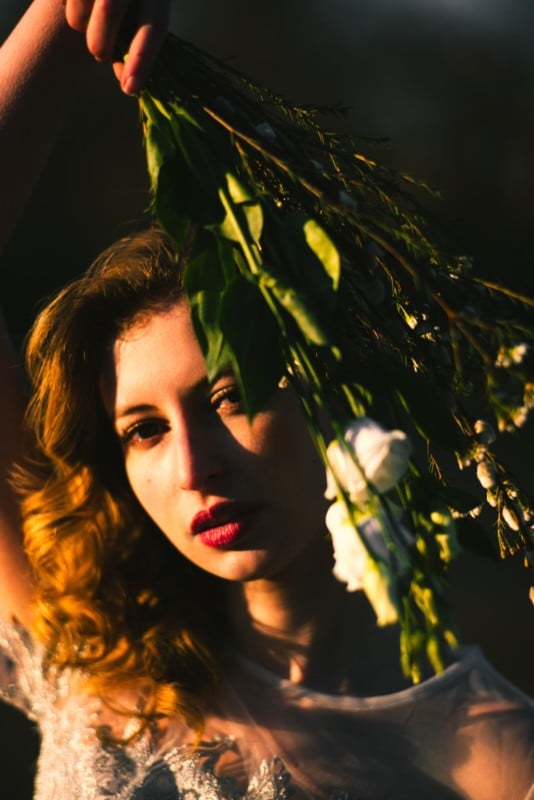 “TFP” as mentioned previously, stands for “Time For Prints” (or “Time For Photographs”) meaning that there is a mutual exchange between the model and photographer- the photographer donates their time and skill and the model receives prints or copies of the photographs for their own use. TFP is a very common means of operation in the current market, and it is important for contracts to reflect this fair exchange.

It is important that the photographer realize that they aren’t the only creative force at work during a shoot. Ideally, the ideas of all team members should be considered and respected equally.

An annoyingly common issue I’ve had to deal with when shooting TFP is feeling like you’ve shot some genuinely good quality and useful images, and then only receiving black and white images.

Of course, if this was the concept agreed on beforehand then this is completely fine but if not, it isn’t exactly fair. Instead, if you think that the black and white files look better for some reason then feel free to send those to your model as well, but also send them the same images in full color, as this is only fair and polite.

Another equally frustrating thing that some photographers do is to not want to share what they feel is their best work with other members of their creative team, which again is very unfair to all the other parties that were involved in the shoot.

The emphasis with TFP shoots should be that all creative parties’ contributions are treated equally and fairly. Always send over high-resolution files in color, and preferably without a watermark on them as this looks very unprofessional. 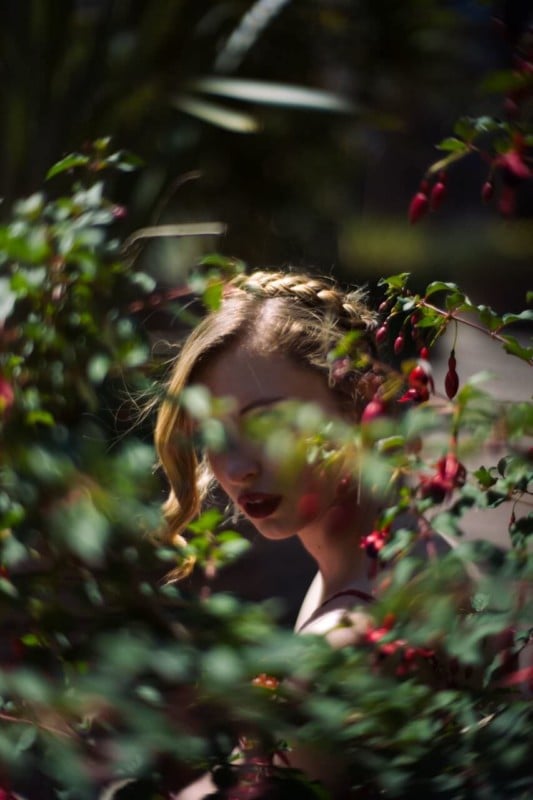 Anyone who has ever worked as a model for any amount of time will quickly learn one thing: you don’t always get to feel safe at work. In fact, you tend to feel unsafe quite often.

This feeling is typically more likely if the creative team is smaller, for example just a photographer and a model – a very common arrangement.

Thankfully, I have been in only a small amount of genuinely risky situations as a model throughout my career, but it shouldn’t be an accepted or expected part of the job. Karl Lagerfeld famously said earlier this year that “if you don’t want your pants pulled about, don’t become a model”. It’s actually not a particularly controversial opinion to have, and low-level forms of physical and sexual assault are almost an accepted part of the job. This is far from being a problem with just photographers, or a problem with even a considerable percentage of working photographers, but you as a photographer can do your bit to help.

I would hope that this would go without saying but based on my own experience it sadly doesn’t, but make sure you always respect a model’s personal and professional boundaries, never push a model to shoot in a way that they aren’t comfortable with and if they wish to bring a chaperone with them to a shoot then let them. As a photographer, you should try to create a working environment that allows models to voice what they are or aren’t comfortable doing and always respect that without trying to convince them to go beyond that.

Tip #4: When Posing Try to be Specific

This is particularly important if you are shooting with a new or less experienced model, as they may not be familiar with how to pose themselves properly.

Not long ago I was given a vague and bizarre piece of posing advice which was to “just be water” as this was in line with the theme of the shoot. Needless to say, I didn’t have a particularly clear idea of what they wanted me to do.

This is a reasonably extreme example, but it’s quite a common problem. If you’re shooting with a more experienced model and you’re happy to just let them do their thing then that’s completely fine but if you’re looking for something quite specific it’s usually helpful to have a mood-board of specific posing styles rather than relying on vague directive statements alone.

The same can be applied to editorial and e-commerce shoots as well. It may also be helpful for you to show them the poses that you want them to do, you may feel silly doing this but they also probably feel quite silly trying to follow vague posing advice while being given little to no feedback.

Communication, in general, is undervalued in collaboration, and many photographers I’ve worked with have been quiet and introverted, making it difficult to actually understand what they are trying to achieve.

One of the best ways for a beginner to pose is through “mirroring” where both the photographer and model relax and then the photographer moves into a pose, expecting the model to mirror the actions and achieve the same pose. This also allows the photographer to directly see what needs to change in front of their eyes, and can adjust themselves and therefore the model appropriately. 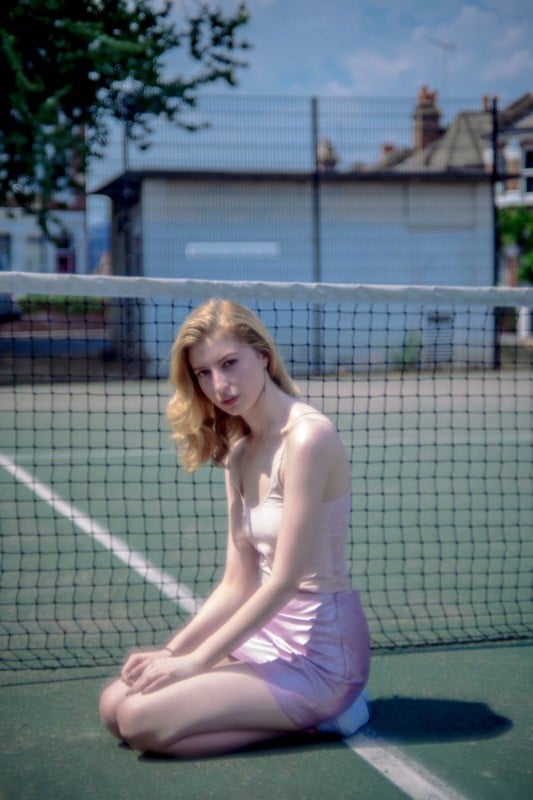 Tip #5: Do Not Diminish the Role of a Model

I can’t tell you how many shoots I’ve been on where the photographer has made some kind of backhanded comment about how easy it is to model compared to what they do, or sometimes compared to having a “real job.”

Now don’t get me wrong, models are met with these sorts of comments all the time, from all sorts of people who do all sorts of different jobs. But it is a lot more annoying coming from someone that you actually have to work with.

One of the worst incidences I encountered was when I was on a shoot for a graduate clothing brand and almost the second we started shooting the photographer starting saying things like “your poses need to be more interesting” (see my previous point), “come on! I thought you’d done this before!?” and “the only difference between you and any other girl on the street is your ability to pose, so pose!”

Needless to say, this was far from encouraging. I appreciated that this was a high fashion style shoot and required some more “interesting” poses, but as we were just starting to shoot I was surprised by the sudden aggression. It is completely fine to expect a certain standard from a more experienced model, but it is your duty to communicate this in a tactful and constructive way, rather than insulting and denigrating your subject. 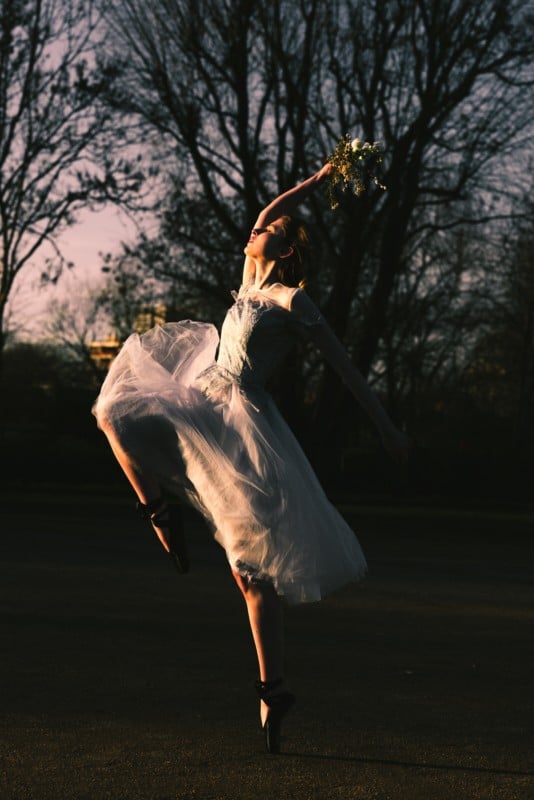 This is more of a prevalent problem on social media rather than in print, but it is still important to credit everyone involved in a creative project.

This does differ greatly depending on whether or not you have approached a model through an agency or not as most modeling agencies require that you credit them rather than the individual model. However, if you have arranged a shoot with a freelance model, or a model that is signed to an agency or agencies non-exclusively, then it is preferable to credit them as an individual.

Giving people appropriate credit for the work that they have put into a project is another way to show them that you respect their work and value their input. It is very commonplace for a photographer, or another creative team member, to credit everyone involved on social media and not the model. This, as well as being credited in caption but not linked to your actual profile, makes it even harder for a model to market themselves on social media, which is increasingly important.

About the author: Arianne Hargrave has been working as a professional fashion and fine art model since 2015. The opinions expressed in this article are solely those of the author. Hargrave has been featured in Vogue Italia, Scorpio Jin, and the front cover of Afi Magazine. She is open to collaboration and can be contacted through her Instagram and her full portfolio can be viewed on her website.

US Bans Lithium-Ion Batteries in Cargo of Passenger Flights