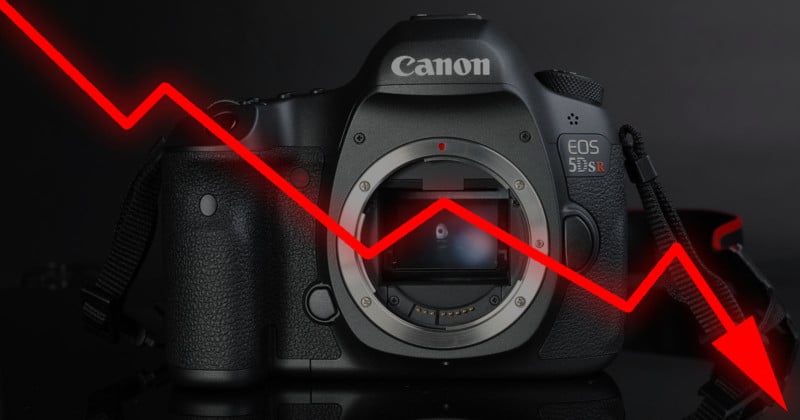 The worldwide sales of standalone digital cameras have been plummeting since they peaked in around 2010, but Canon thinks its industry is still in for some serious pain in the coming years. The company believes the market will plummet another 50% over just the next two years.

In an interview with Nikkei, Canon president Fujio Mitarai gave some insight into how Canon is viewing the rapidly changing market.

Mitarai notes that the current global market for interchangeable lens cameras is roughly 10 million units per year, but Canon’s sales have been steadily dropping by 10% a year over the past few years.

But Canon believes that the camera market will bottom out soon and that there will still be a demand for about 5 to 6 million prosumer and professional cameras when that happens.

“All of this points to an amalgamation of DSLR lines to offset the additional EOS R system cameras that are coming,” Canon Rumors writes. “I believe this is a worst-case scenario that Canon is strategizing for and that innovation and great new products are still coming over the next few years.”

Image credits: Header illustration based on photo by WEi WEi and licensed under CC BY 2.0

13 Confessions of an Amateur Photographer

I Designed and 3D-Printed My Own LED Softbox