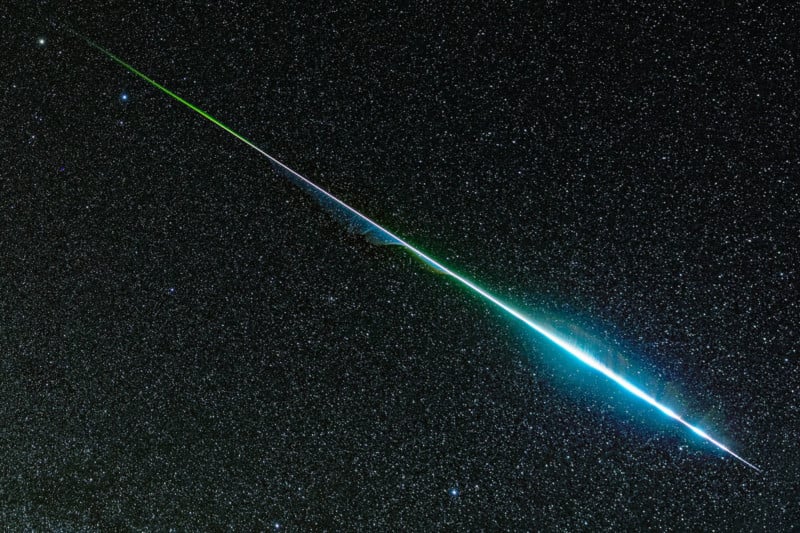 During the Geminid meteor shower in December 2018, Colorado-based photographer Dean Rowe managed to capture this massive meteor streaking across the sky with a length 60 times the angular diameter of the Moon.

“My plan was to catch a bunch of meteors and stack them to show all the meteors coming out of the radiant,” the photographer writes. “In going through the images […], I saw this huge fireball with some interesting shock and ionization structures.”

Here’s a time-lapse video Rowe made showing the same meteor — it covers nearly an hour of real time in 11 seconds and is made up of 115 separate 30-second exposures:

(via Dean Rowe via Colossal)

How is Photography Affecting Us?