One of the earliest ways of creating color photos was by combining black-and-white photos shot using red, green, and blue filters. Matt Gray recently decided to use this technique to shoot color photos using his Game Boy Camera.

In case you’re not familiar with it, the Game Boy Camera was a camera attachment released in 1998 for the Game Boy that could shoot 128×112 black-and-white photos. Photographers in recent years have been using the retro camera for shooting unusual photos of things like solar eclipses, planets, and Formula 1 racing.

Gray carried red, green, and blue filters with his Game Boy Camera and shot each subject three times — once with each filter. 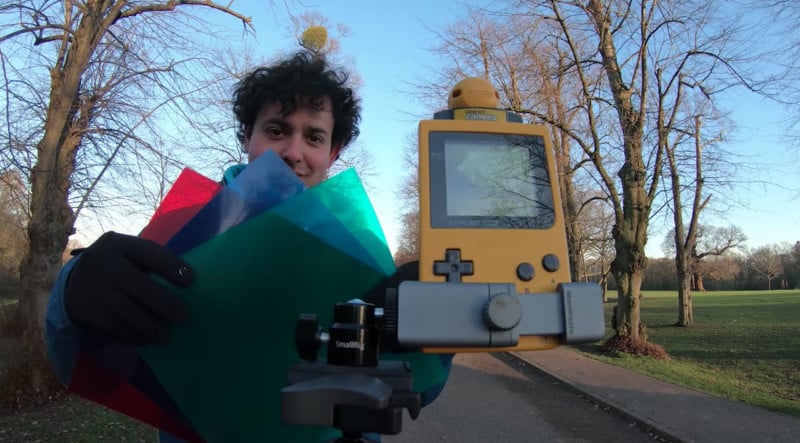 After merging the three versions into single photos during post-processing, color photos emerged. 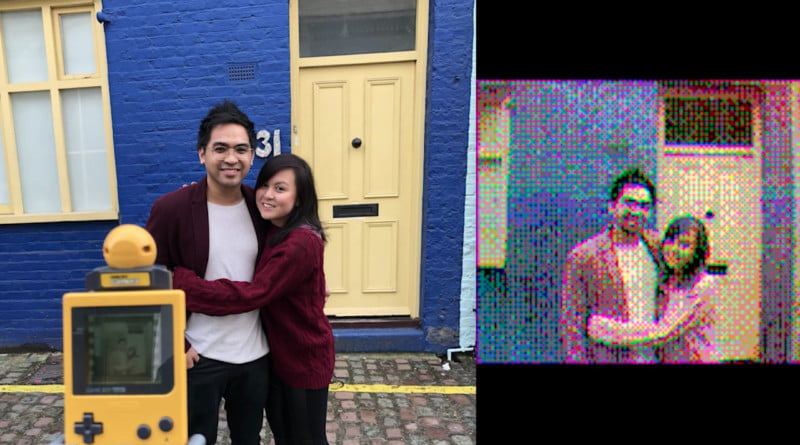 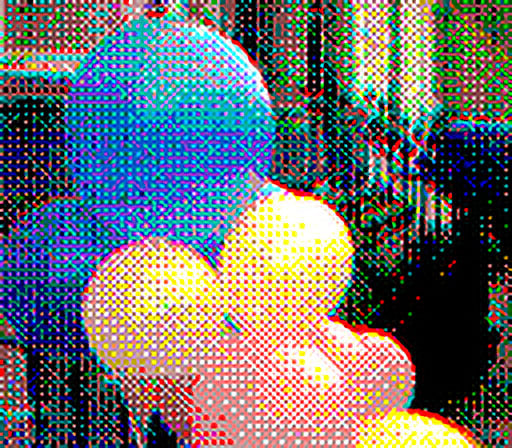 Gray also shares the Photoshop technique he used to combine the photos in the 4-minute video above (here’s a text-based tutorial).

How I Got Banned from Photographing the Band Arch Enemy