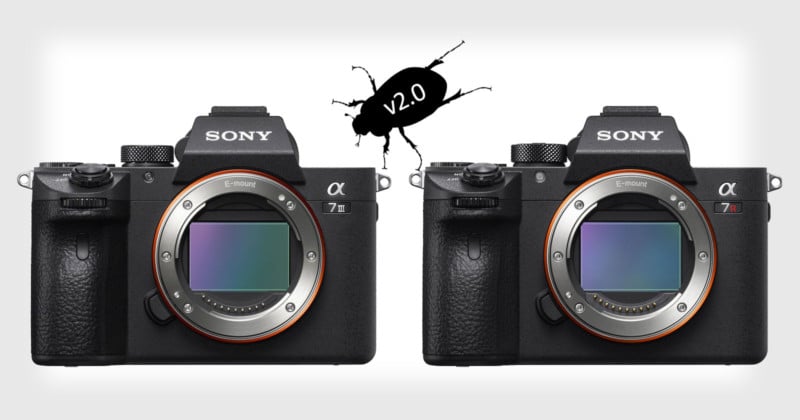 After releasing firmware v2.0 for the a7 III and a7R III in October, Sony abruptly took down the update earlier this month citing a bug that would cause photographers to lose RAW photos they’ve captured. Sony has since fixed the issue and today released firmware v2.10 as a replacement.

If you updated your Sony a7 III or a7R III during the two months between October and December 2018 and your camera is currently running firmware v2.0, you’ll want to jump to firmware v2.10 as quickly as possible.

Sony discovered that in rare cases with cameras running v2.0, data loss could occur when shooting with an SD card that has already been used multiple times. After capturing a RAW photo, affected cameras could stop functioning while trying to write the file to the memory card, causing the permanent loss of the photo.

“This may also cause abnormalities in the files managing the images, preventing the images from displaying on the camera,” Sony wrote after yanking v2.0 on December 8th. “No image data in the memory card will be corrupted or deleted aside from the data that was being written at the time the interruption occurred.”