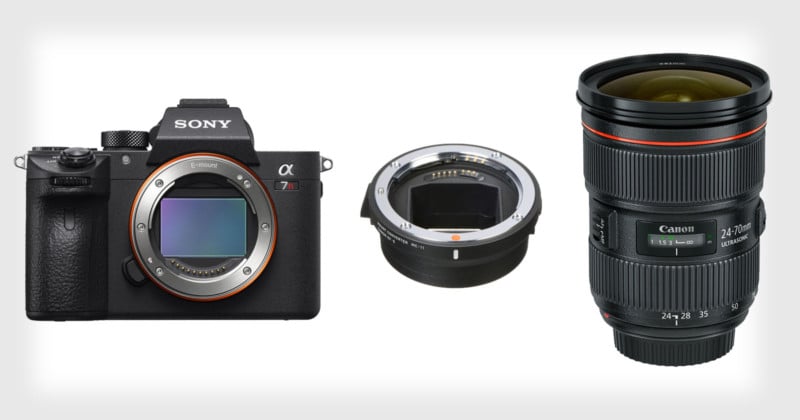 Two months ago, Sony released a major firmware version for its popular a7 III and a7R III mirrorless cameras. Version 2.0 brought new features and improvements… including the ability for a wide range of adapted lenses to make use of all the camera’s autofocus modes.

Sony specifically mentioned the LA-EA3 mount adapter, which is designed to let photographers use Sony A-mount lenses on E-mount cameras. But it seems the new feature goes well beyond that use case and includes all lenses, according to DPReview.

“[W]e’ve tested it with adapted Canon mount lenses as well and can confirm it works with EF lenses via a Sigma or Metabones adapter,” DPReview writes. “Since Eye AF also works with adapted lenses, we’re really starting to see less and less of a downside to using third-party lenses on Sony cameras, save for a drop in performance at longer telephoto focal lengths.”

Here’s the full list of benefits and improvements in the latest firmware update:

Correction: The original version of this article stated that the firmware was just released. The downloads were actually launched in October. We apologize for the error.

Learning Photography From a $90.3 Million Painting