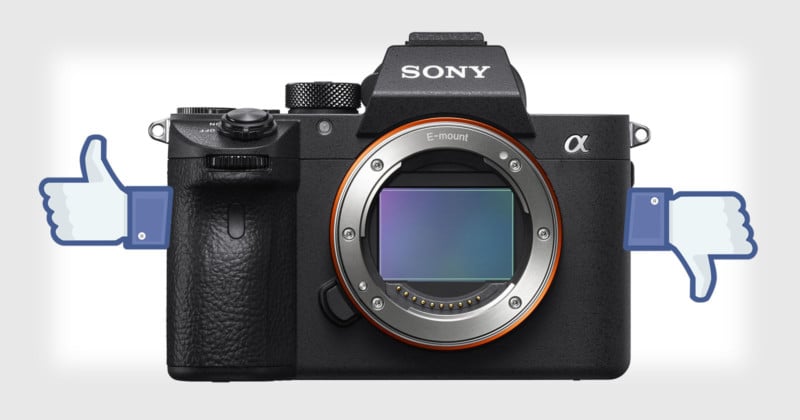 Camera reviewer Michael Andrew (AKA Michael the Maven) has quite a bit of experience in shooting with Sony mirrorless cameras, and he decided to share what he believes are 5 killer features and 14 weaknesses that you’ll find in the lineup.

#1. Sensor Design: The backside-illuminated sensors in Sony cameras are among the best Michael has seen in a number of categories.

#3. Eye Autofocus: A game-changing feature for photographers who shoot things like weddings and portraits.

#2. Moiré and Rolling Shutter: Two issues that cause issues when shooting video.

#3. Overheating Problems: Michael has overheated every Sony camera he has used.

#5. Star Eating: Noise reduction reduces the number of stars that are captured in astrophotography.

#8. Buffer Lag: The time it takes for photos to be written to the memory card.

#8b. No XQD: Michael doesn’t understand why Sony hasn’t adopted the new fast card format that it pioneered.

#9. Confusing Menus: The menu systems are very easy to get lost in.

#11. Weather Sealing: There are some complaints about the weather sealing of Sony cameras.

#14. Sensor Filter Stack Issues: Issues that may make it harder to clean the sensors.

“I use [Sony mirrorless cameras] myself… like crazy,” Michael says, so these weaknesses are things “about them I think you should know before buying them. Not necessarily deal breakers, more like annoyances. They are my workhorses, so its worth it.”

Robert Frank on Shooting His Seminal Photo Book, ‘The Americans’

Astrophotography: How to Photograph the Stars