For the last 12 months, I have been working on a personal photo project. The goal of this project was to recreate a portrait from every decade from the 1920s until now. Each picture would highlight the candid life of someone who was living in that era versus what they were really feeling inside. I called this project a “Century of Portraits.”

When starting this project, the scope of it and the work that it entailed seemed like a daunting task, and it was. The only thing I had available to me was an 8x8ft living room, a clear vision, and a team of people who made it possible. 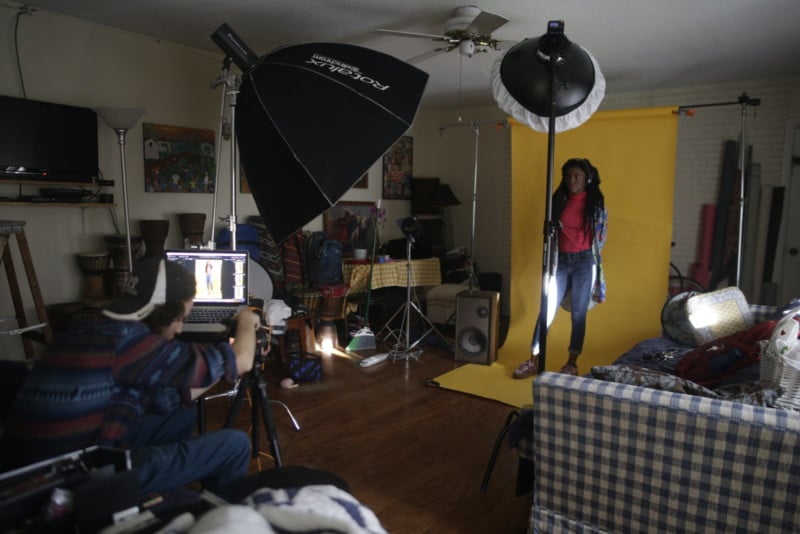 For this project, I used a wide range of lighting, from continuous lights to strobes. Each image was carefully crafted to reflect the mood of that time period. Whether that be hard light or soft, focused light or ambient fill. The light in each shot was made using specular modifiers only, to sculpt the face and keep it consistent throughout. 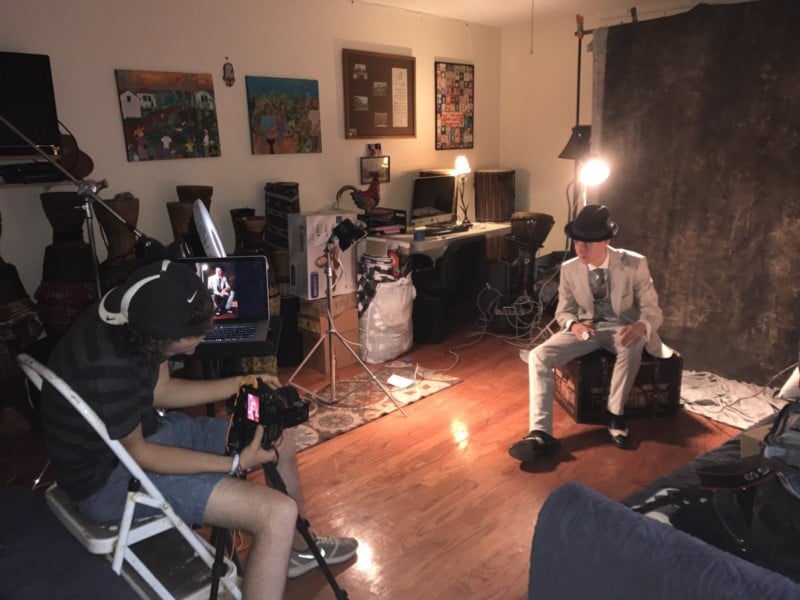 Keeping consistency in mind, I shot the entire project on a Canon 5D Mark III and paired it with a Sigma 35mm f/1.4 ART lens. This combination gave me reliable results and portrayed the environment in the best way.

During the duration of this project, I took nearly 12,000 pictures and narrowed it down to just 20. In the final pictures I chose to display, each image played its own unique role in making a coherent body of work. Since I come from a filmmaking background, I wanted to bring that previous knowledge into this work.

Throughout my filmmaking career, I followed the mese on scene phenomenon quite adamantly. When following this theory, It ensures that everything in the frame has a purpose. Before embarking on this project, the majority of my work were headshots, but this time when I focused on the bigger picture, it forced me to pay attention to every minuscule detail and determine if it was enhancing it or taking away from it.

In this behind the scenes video see a glimpse into how we made the pictures in this series possible. The video shows my team transforming my living room into a scene from the 1920s:

After pouring so much much time and energy into this project, there were a few things I realized. Most importantly, the success of a project is not about how you fail, but how you pick yourself up and push through it. So many times I wanted to throw in the towel because the goal just seemed so out of reach, but each image I took and each shoot I completed, it brought me one step closer to completing the project.

When I took the last photo in the series, I was overflowed with emotion; a sense of accomplishment, sadness, overwhelming joy. At the end of the day, I was fortunate to walk away with a body of work I can now present with the world. It is from this project that I was able to discover my voice in my art.

About the author: Eli Dreyfuss is a photographer, filmmaker, and artist. The opinions expressed in this article are solely those of the author. You can find more of Dreyfuss’ work on his website, Instagram, and YouTube.