The video took Chudý 9 months to create. Over that time, he captured 40,000 photos using his Sony a7 mirrorless camera and his Tamron 24-70mm f/2.8 lens. His studio was a simple setup consisting of black blankets and a bulb wrapped in aluminum foil. 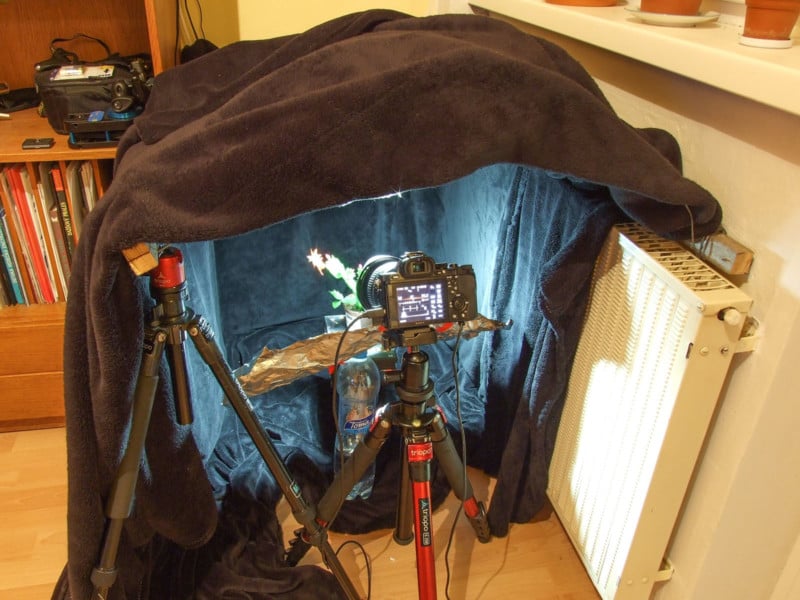 “I could not estimate in advance the blooming period of each flower, so it was very hard to set the interval between each [exposure],” Chudý writes. “I chose 1-2 minutes.”

The longest bloom in the video (Orchidea Dendrobium) lasted over 105 hours — nearly four and a half days — so it took over 2,000 individual photos to capture. The fastest flowers bloomed in around 7 hours, and for these Chudý chose an interval of just 20 seconds between shots.

During post-production, Chudý tediously removed the tiny insects that hung around the flowers during the project. In the end, 24,626 photos went into the video above.

When to Upgrade Your Camera Gear: 5 Questions to Ask Yourself