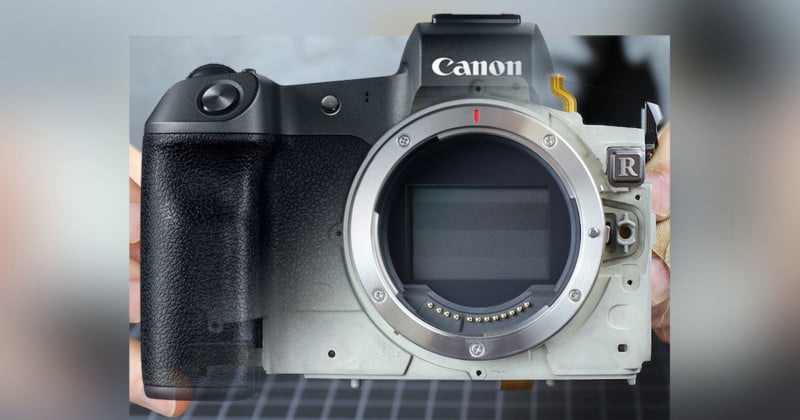 Want to see the internals of Canon’s first full-frame mirrorless camera? Roger Cicala over at LensRentals disassembled the new Canon EOS R to look at the design and engineering going on inside.

Here are some snapshots taken during the teardown:

“One thing that struck me is that it’s not very crowded inside there, or as we like to say ‘they left a lot of air inside’,” Cicala writes, noting that this space in the Sony a7R III and Nikon Z is taken up by the in-body image stabilization (IBIS) systems.

“Do I think future Rs are going to have IBIS? No, I don’t,” Cicala writes. “Canon has been very clear that they think lens stabilization is superior. The space is probably just a matter of ergonomics and perhaps heat diffusion. But there’s certainly room for it.”

Cicala also notes that the weather-sealing doesn’t appear to be too different from the a7R III’s sealing, which has been the subject of criticism.

“Well-sealed buttons and dials, not much else,” Cicala says. “That means, I think, that it will be fine in a misty rain for a while, but don’t get it saturated and don’t set it somewhere wet.”

You can find the full tear-down over on the LensRentals blog.

Image credits: Photographs by Roger Cicala/LensRentals and used with permission