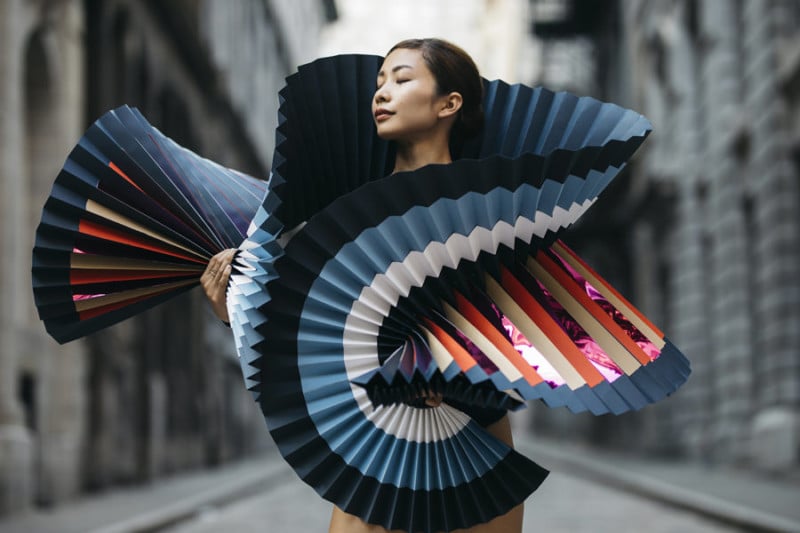 Each of the costumes’ design and color combination were chosen specifically for the dancer’s body, skin tone, and the location they would be dancing in.

“We did a first version of the project in studio and a few months later, we decided to push the boundaries even further and risk shooting paper dresses outdoors,” Dez tells PetaPixel. “Paper can be a fragile material to work with and that is exactly why we decided to make the impossible, possible. No matter which element we would be confronted to, water (rain), wind, we wanted to show that we are limitless.

“We traveled around the world and took the paper tutus to Paris, Rome, New York, and Montreal, choosing iconic landmarks as backgrounds for our creations.” 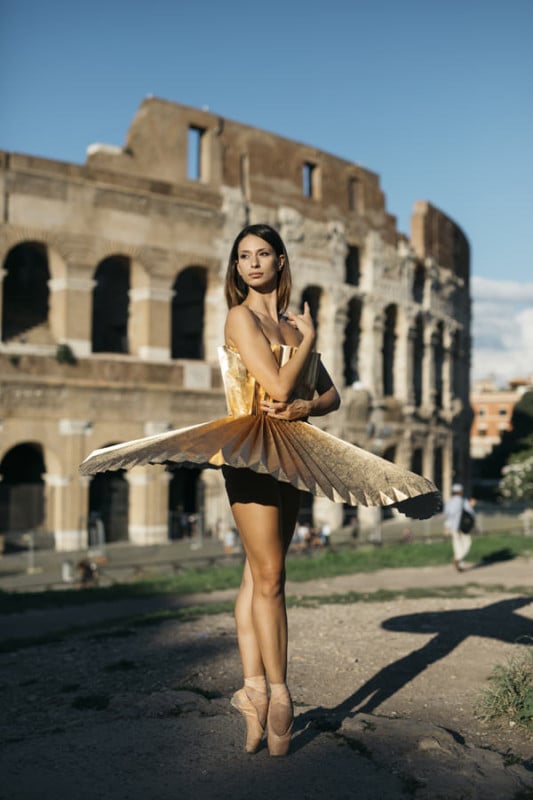 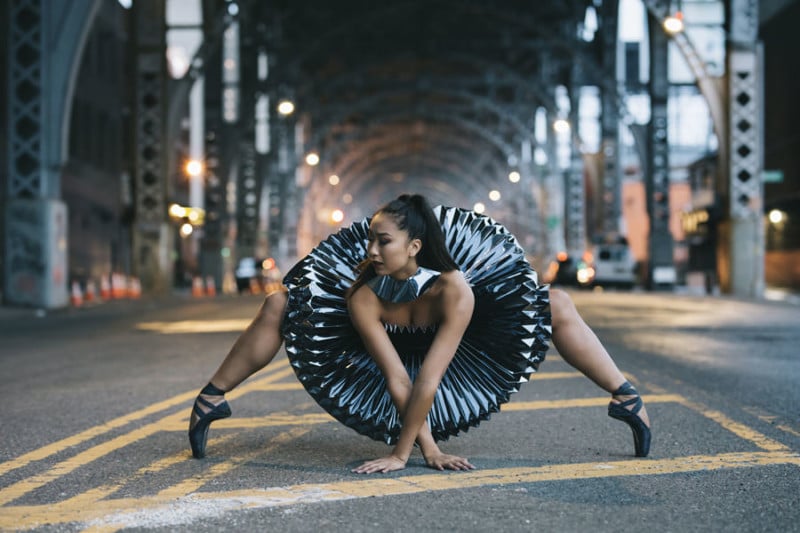 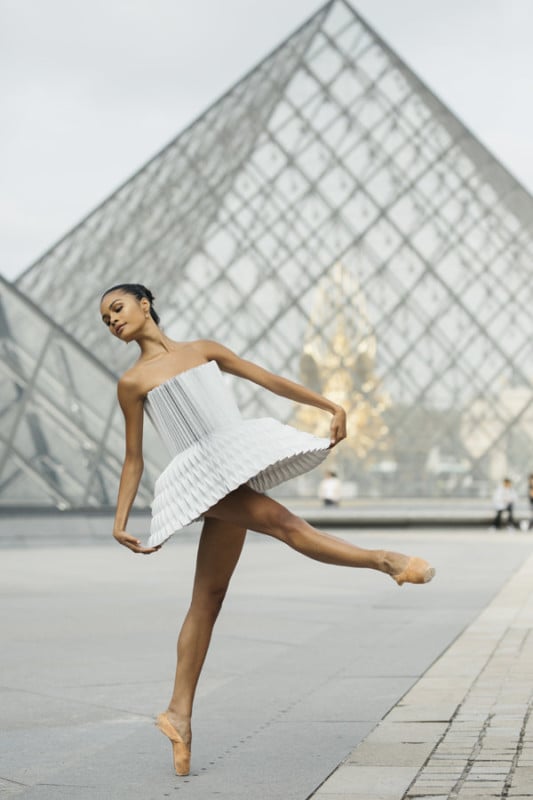 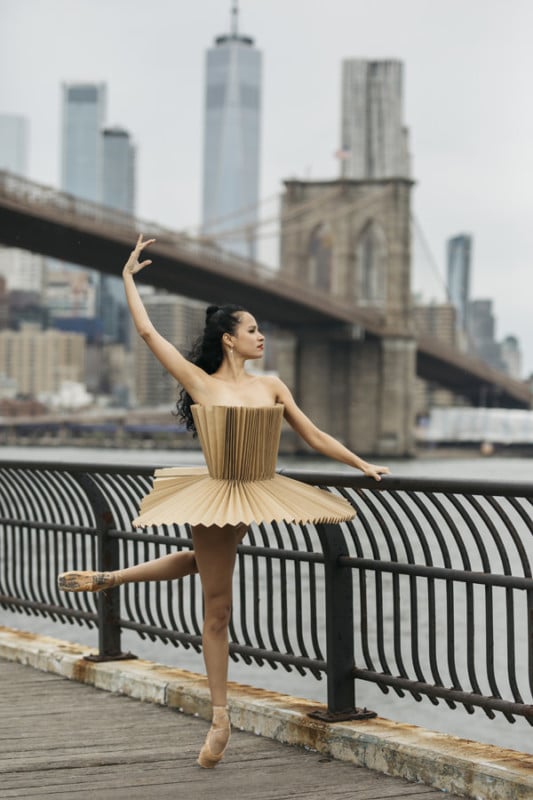 PLI.Ē Project is a work in progress, and Dez and Loctin are aiming to eventually publish a photo book of the series.

(via PLI.Ē Project via Colossal)

Here Are Photos Shot on the Rebooted Kodak Ektachrome Film

The Winning Photos of Wildlife Photographer of the Year 2018