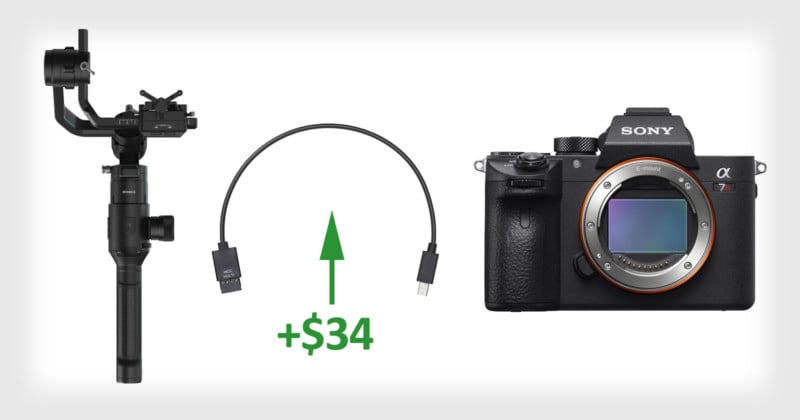 DJI’s Ronin-S gimbal stabilizer is marketed as being compatible with mirrorless cameras, but there’s a catch: if you use a Sony camera, you’ll need to buy an extra cable for full compatibility. Some owners aren’t happy about this, and they’ve taken to DJI’s forums to complain and demand free cables.

When the $749 Ronin-S — DJI’s first one-handed stabilizer for DSLR and mirrorless — was announced back in January 2018, many Sony shooters were happy to see their cameras featured prominently in promotional images for the gimbal: 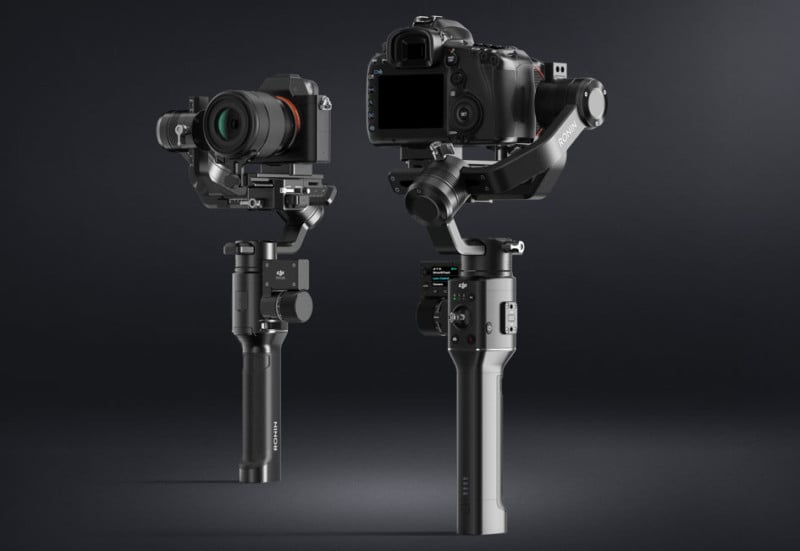 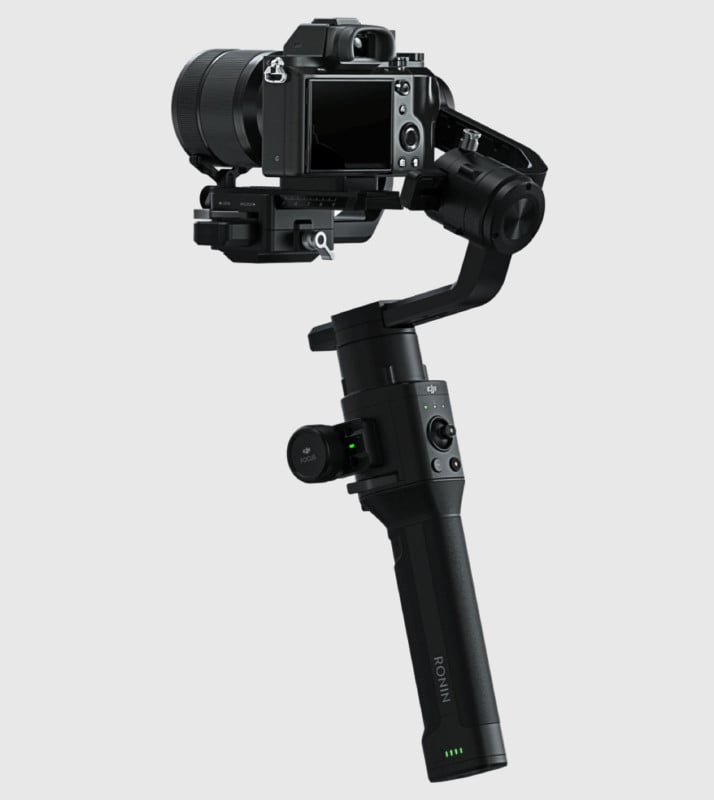 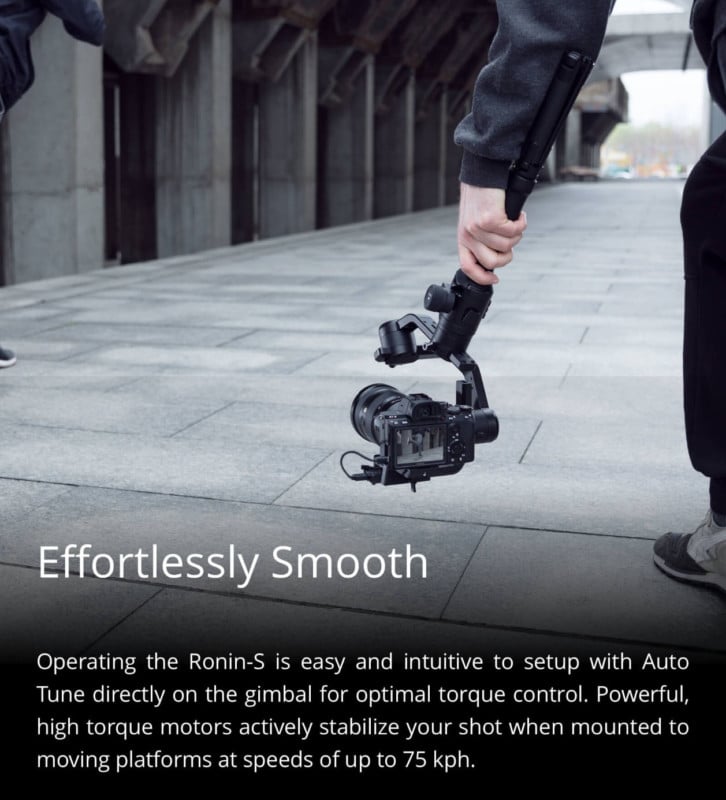 Under the Camera Compatibility of the Ronin-S webpage, DJI writes that “The Ronin-S supports almost any DSLR or mirrorless camera setup on the market, offering direct camera control.” 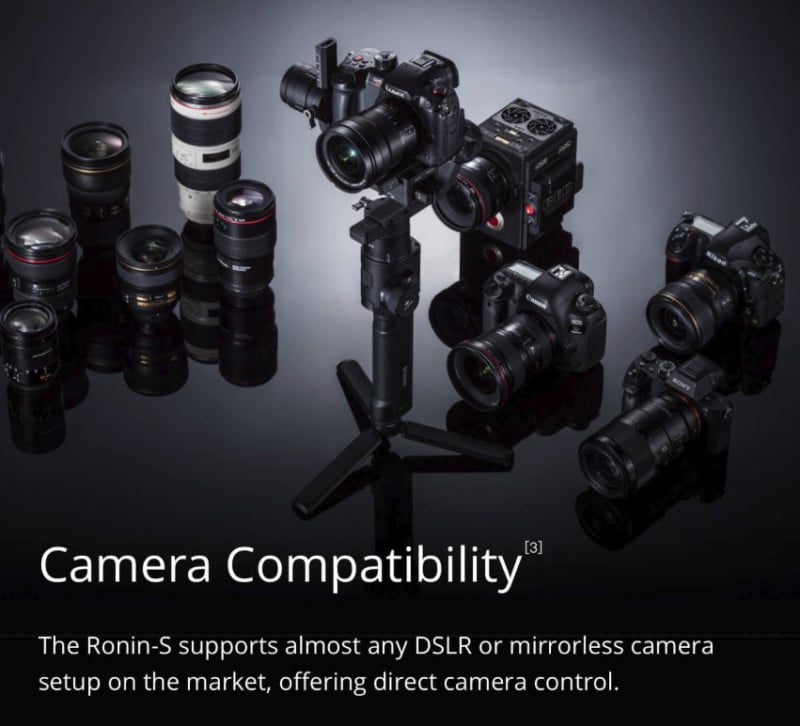 But a footnote on the claim states: “Supported with a future firmware upgrade.”

It seems that many Sony photographers who bought the Ronin-S early on without investigating compatibility carefully were surprised to find that initial support was far more limited than they had hoped. The included RSS-IR cable could only trigger photos and start/stop videos, and users reportedly found it unreliable.

DJI did increase support for Sony cameras by adding zoom control and autofocus triggering via a recent update, but those added abilities can only be used with the optional MCC-Multi cable, which costs $19 plus $15 for shipping in the US (and €19 plus €24 in Europe for an extra €43/$49.5). 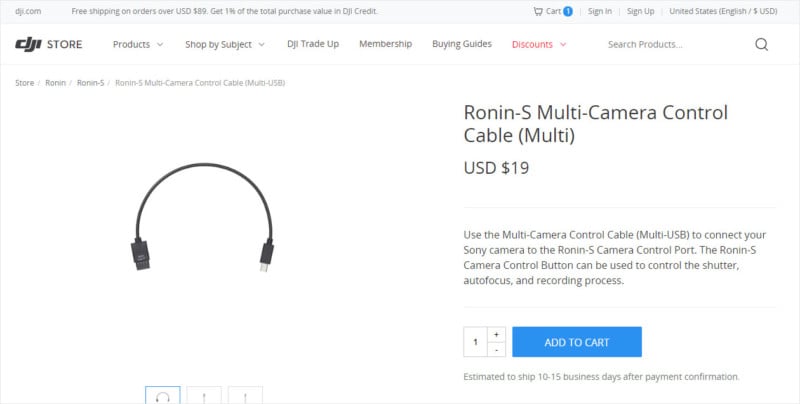 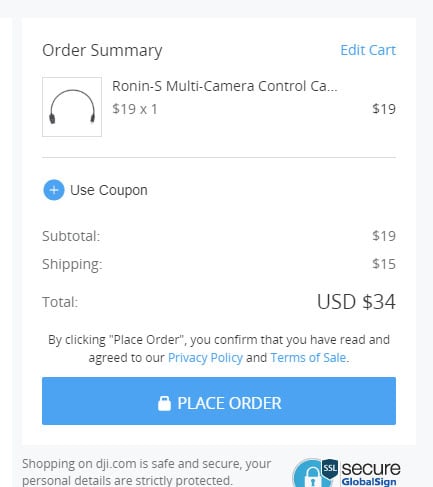 This chart shows the current state of camera compatibility with the Ronin-S:

As you can see, while the latest Canon, Nikon, and Panasonic cameras are fully compatible with the Ronin-S right out of the box using the included cables, Sony shooters need to pay an extra $34 for the extra cable to have the same compatibility.

Upset Ronin-S and Sony owners have taken to the DJI online forums over the past couple of weeks to vent their frustration and ask for action.

Here’s the open letter that was posted by user labregatv, kicking off the thread:

I appreciate DJI finally working towards full Sony compatibility. I’m sure releasing a new product like this one is challenging for everyone involved. DJI asked us to be patient and we (I) have been. Like many others, I’m immensely disappointed in DJI’s decision to sell us the multi-camera control cable (multi-usb). It is a slap in the face for consumers who had no option but to endure the less than impressive release, specifically the major step back in camera compatibility when it started shipping. From some of the responses I’ve read, it seems DJI is strategically working a PR narrative in order to justify its decision. It seems the narrative is to make us think that you’re giving us NEW features with this cable, and thus we should pay for them. Let me set things straight, DJI is not offering something new, it is finally giving us what was promised before the release and in all of its marketing materials. This is definitely on you, not us.

As a company I would suggest you do two things: 1) accept that you made some mistakes in the release (perhaps released it too soon?) and that you continue learning from them and 2) mail every single buyer of the Ronin-S the Multi-USB cable for FREE. You have all of our addresses, please do so as soon as possible.

I can support a company that struggled with a product release but has the moral fortitude to make things right for their loyal customers. I have no tolerance for unnecessary corporate greed. I’m sure the Ronin-S has been a great challenge for everyone involved. I know customers can sometimes have unrealistic expectations from companies. In this case, I don’t see how delivering on expectations set by DJI is asking for too much. Please, make things right.

I encourage everyone reading this to make your voices heard.

A number of other disgruntled customers have chimed in with their own anger and disappointment at the situation and arguing that the cable should have been included with the gimbal in the first place. Others are suggesting that DJI is guilty of illegal false advertising.

DJI has thus far remained quiet on the matter, both in the complaint forum thread and in response to our requests for comment. We’ll update this article if/when we hear back.

Hey, Photographers: When You Give It Away, You Diminish All of Our Work