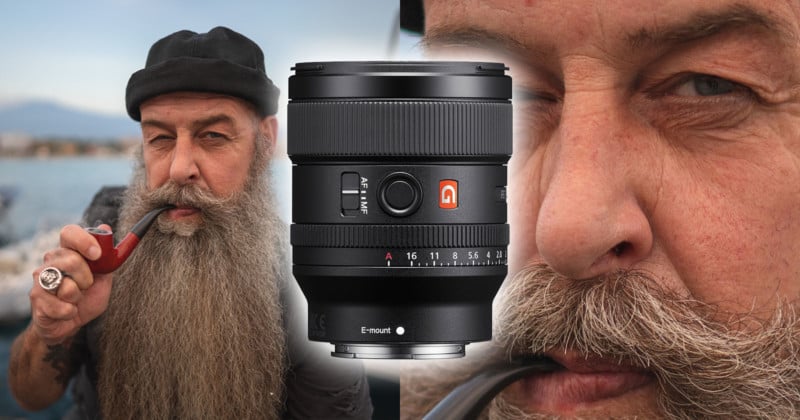 I had the pleasure of trying out the brand new Sony 24mm f/1.4 G-Master lens before it was announced today. I spent the last few days in Sicily with Sony Europe and we had some time to go hands-on with it.

First things first: I am a Sony Ambassador of Imaging, so you might think I am biased when reviewing Sony products. But I am always honest in my reviews and will point out flaws regardless of brands I am representing. Apart from Sony, most of the people on this trip were press. I was one of the very few ambassadors at this event for the opportunity to try out the lens.

There were a lot of rumors going around about Sony announcing a bunch of new stuff within this event. It was almost certain that they would announce the 24mm, which they did, but there were also a lot of other ‘hopes’ like the 135mm GM and maybe a new camera body. Unfortunately, Sony didn’t announce any of that during this event. Who knows if they will do another announcement during Photokina, but I don’t know anything about that.

For now, it’s “just” the 24mm. But the 24mm f/1.4 is not just another 24mm. It completes the Sony Native E-mount line up, which now has 30 lenses! That’s quite something if you consider that the competition is just starting on mirrorless.

When I first saw the 24mm and was holding it in my hands, there were immediately some things that stood out. The small form factor and, most importantly, the very light weight of the lens. The lens has a very modern sleek design with some key functions right at your disposal. It doesn’t have a lot of buttons like some of the big GM lenses, but instead a very minimal modern design. The package of the 24mm and my Sony a7R III felt and looked great.

So about the weight. This lens weighs just 445 grams (15.7oz). That’s not just lightweight — it’s extremely lightweight if you compare it to its competition. A small comparison:

So with its 445g, the Sony lens is almost 50% lighter than the competition! Sony is really pushing the lightweight advantage of the mirrorless system here, which is great for people like me who are traveling a lot with their gear. When we look at the rest of the lens we see some interesting features:

Sony arranged some shooting locations and models for us to try the lens on. It was quite a nice morning with enough time to get a good first impression of the lens. With an early wake-up time of around 5:30, we went out to shoot the sunrise. The session went on till about 11 AM so we had about 5 hours of shooting some landscapes, cityscapes, macro, and portraits. Multiple locations that were all different made it possible for me to take my time and take a bunch of shots.

We spent the sunrise close to the hotel in the harbor of Catania, Sicily. There were some nice sea views there and we had a colorful sunrise. I tried some landscapes and portraits here. I didn’t bring my tripod so all of the shots in this article were made handheld. As expected, the corner to corner sharpness of this lens is great. It performs well over the entire aperture range.

Obviously, you would want to use this lens at its f/1.4 aperture. It does not disappoint here. With Sony’s G-Master brand they always promote extreme resolution and sharpness combines with a beautiful Bokeh. As you can see in the above image, it looks great.

From a bit further away the subject still pops from the background with great sharpness on the subject and a smooth out of focus backdrop. The autofocus was fast and snappy here and the use of the facial recognition with Eye-AF is really useful when using a lens with such a small depth of field. It is worth noting that this lens obviously has some vignetting at f/1.4. The upcoming lens profile will fix this, but this lens profile isn’t out yet at the time of writing.

In the previous photo, you can see the sun in the background. Because of its 11 aperture blades, this lens has some nice ‘bokeh balls’ that are smooth and round.

After our first harbor location, we went for a little drive up to a little beautiful Italian village named Castelmola. I love shooting these cute little streets in these villages so I was in my element here. Because we were there so early in the morning the village was basically empty and it was a pleasure to walk around, enjoy the atmosphere and take some photos. Here are some shots from the streets of Castelmola. Again, they were all shot handheld:

Some 100% crops from the above image:

I love cats. And there were a lot of them in this cute little village so I just had to take some shots. Not only do they add some cuteness to this article, they also have a functional aspect as demonstrate the nice bokeh from this lens:

Another great thing about this lens is the sunstar. With the 11-aperture blades, the lens creates a beautiful star at closed down apertures.

After spending a few hours on the road with this lens I can say the following:

This lens is great for a wide variety of shooting styles. It shoots beautiful portraits with great sharpness and it really pops your subject at f/1.4 with a beautiful background blur. It’s also perfect for street photography. Along with its great image quality, it’s also very portable and lightweight. The a7R III with the 24mm package feels great to carry around in the city. Last, this lens should also be great for astrophotography and low light video.

Unfortunately, there was no time to test the lens for astrophotography. As a landscape photographer, this lens is particularly interesting for me for nightscapes. However, it was great to see Sony addressed this very topic in their press conference and in the specifications of this lens. They paid great attention to the sagittal flare. They showed some images of Milky Way shots with this lens and they focused particularly on the corners.

Lots of very fast lenses produce a lot of distortion and aberrations in the corners, making the stars not nice in the corners. Sony focused on this in their press conference and showed some impressive corners result wide open at f/1.4 with great corner sharpness of stars. This looked promising. As I haven’t tested this myself I can’t comment much more on this, but I will hope to do this soon when I get my hands on the lens to try it longer.

You can view higher-resolution versions of the sample photos above as well as some additional ones in this Flickr gallery.

About the author: Albert Dros is an award-winning Dutch photographer and a Sony Ambassador. His work has been published by some of the world’s biggest media channels, including TIME, The Huffington Post, The Daily Mail, and National Geographic. You can find more of his work on his website, or by following him on Facebook and Instagram. This article was also published here.