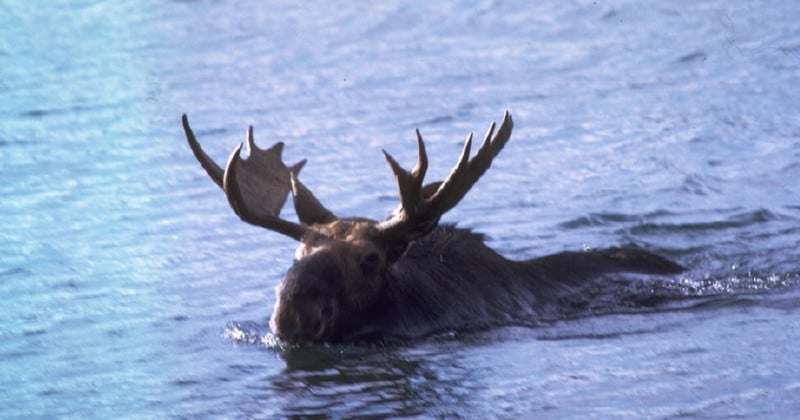 A moose drowned in Vermont this weekend after a crowd of people trying to take photos of it scared the animal into Lake Champlain.

The Independent reports that the moose is believed to have swum several miles to cross Lake Champlain from New York state to Grand Isle (AKA South Hero Island) in the middle of the lake before climbing out of the water to rest on Saturday.

Bystanders noticed the moose and began crowding around the fatigued animal to take pictures of it, scaring it back into the river.

Having already traveled such a great distance, the moose drowned of exhaustion.

Wildlife officials later retrieved the body of the animal, and photos of it lying in the back of the government pickup truck soon began circulating social media.

“The best practice is to stay away from it, keep your distance. Don’t crowd the moose,” Fish and Wildlife Officer Robert Currier tells WCAX3. “If a moose feels threatened it’s going to respond by either leaving the area or it’s going to respond with aggression, and obviously we don’t want anybody to be the victim of the latter of those two.”

Update on 9/5/18: A Vermont Fish and Wildlife Department specialist tells the Burlington Free Press that the moose may have had brainworm parasites that contributed to its drowning death.

Image credits: Swimming moose header photo by the National Park Service (and not related to this incident)