During the Cold War, the US enlisted the help of Kodak to create a satellite camera for spying on the Soviet Union. This 4-minute video by CNN is a look at the program and the former Kodak employees who “helped prevent World War III.”

During the Cold War, the Kodak employees (who still meet for a monthly luncheon) were tasked with developing the KH-7 Gambit reconnaissance satellite that was used from July 1963 to June 1967. 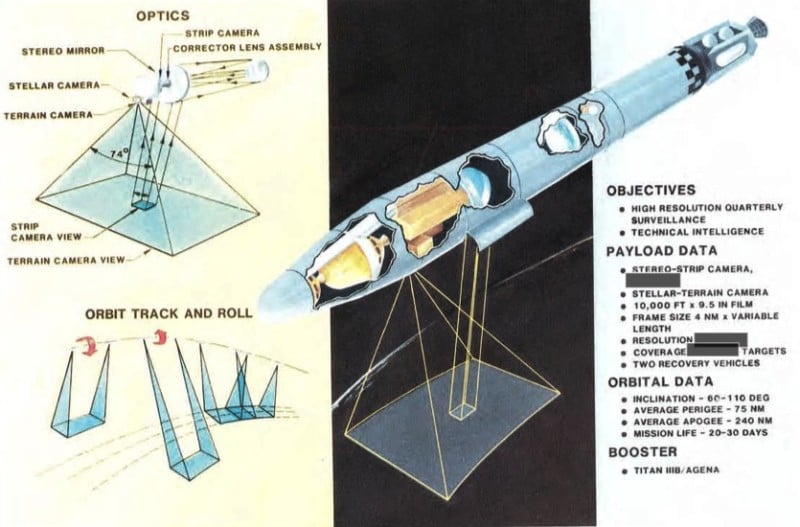 What the employees created was a high-res satellite that gave the US the first high-resolution photos of Soviet nuclear and missile installations. It was so powerful that photos could reveal objects smaller than 1 foot in size. Even to this day, the highest resolution of the Gambit camera is still classified information.

After the photography phase of each mission, the film would be ejected from the satellite in a capsule and recovered mid-air by a C-130 Hercules airplane as the film floated down to Earth on a parachute. By the end of the Cold War, the Gambit satellite spy camera had exposed nearly 100 miles of film containing nearly half a million photos of the Soviet Union.

Cardpackr is an Expandable Magnetic Case for Storing Memory Cards