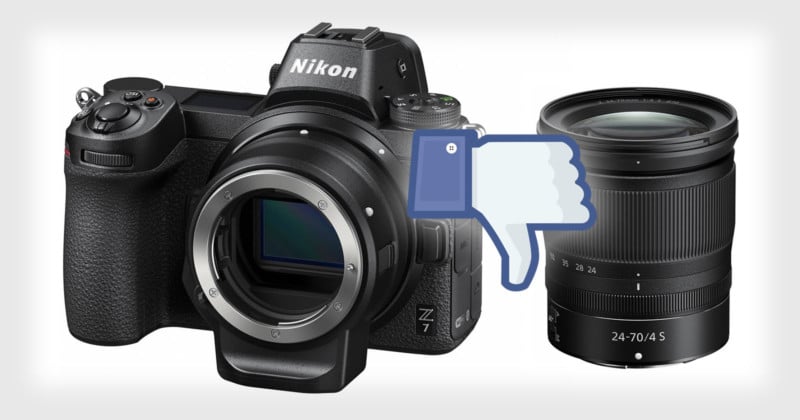 Nikon announced their new Z6 and Z7 cameras this week, and for the most part I’m kind of disappointed with the offerings. I personally don’t think they are bad cameras, though — I just think that considering the competition and the state of interchangeable lens cameras in 2018, Nikon is lagging far behind the competition.

Let’s take video shooting, for example. Why is it that Nikon chose to limit their latest, greatest camera to Ultra HD 4K at 30 frames per second? Why could they not include 60 fps capability? I’ve been shooting 4k/60p with my GH5 for the last two years, so it’s not that cameras in the class aren’t capable of the feat.

While I don’t think 4k/30p is unusable, by any stretch of the imagination, but I’ve been able to shoot at that resolution and framerate since 2014 with the GH4. So again, all I’m saying is that I don’t understand why Nikon didn’t take this opportunity to push the envelope with video shooting and give us something to really wow us.

Had Nikon dropped 4K/120p or 8k or even 6k/24p, then I think they’d have won me over or at least gotten my attention. But as a video shooter primarily, I’m not won over by Nikon’s new cameras.

Going further into the video territory, let’s talk slow motion. Nikon is offering a measly 1080/120p. I’m not saying this won’t give you some buttery smooth slow motion, but again, when my two-year-old GH5 can outclass this by giving me a stellar 1080/180p, I just find it hard to be impressed.

I’m sure there are other areas where Nikon might have done something with the video field that I’m not yet realizing might be great, but these two factors alone are deal-breakers for me when it comes to considering this camera for purchase. Nikon is releasing a paltry three lenses with their new camera system (the 24-70mm f/4 S, 35mm f/1.8 S, and 50mm f/1.8 S) and will be releasing the rest of their lenses over the next three years. So if you want to build a typical f/2.8 triad system that includes a wide-angle zoom, and medium zoom, and a telephoto, you’re going to be waiting until sometime in 2019 (probably not till the end).

I mean, you can use the adapter in the meantime, sure, but if I’m getting into a new system I want to use the lenses specifically designed for that camera to ensure I’m taking advantage of every new feature enabled by that new mount.

When I switched to Panasonic after using Canon for more than a decade, I considered using an adapter to continue using my lenses. But after considering the price of the adapter and the potential loss in capability, I chose to just make the leap and switch out my entire kit. Thankfully, Panasonic had a fully fleshed out lens lineup by this time so I was able to create a triad kit that was cheaper and lighter than my Canon set up. My back thanked me for that one.

The new Nikon cameras only have one card slot. You think I’d be butthurt about that feature as well, but honestly, it doesn’t bother me. I had only one card slot for many years with the Canon 5D Mark II and never thought anything of it. Even with two card slots on the GH5, I never use the duplicate backup capability of the device — I mostly just use it as one giant storage device. Maybe I like to live dangerously, but I’m not bothered by the one card slot. 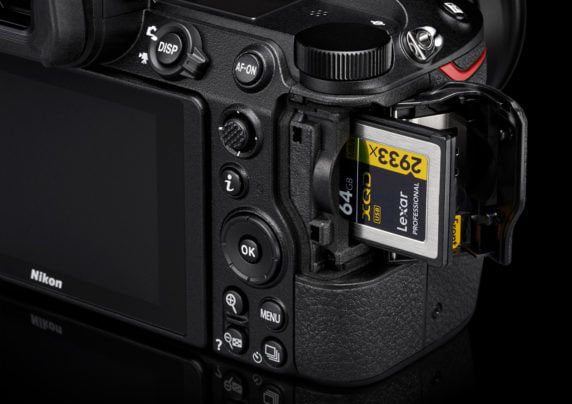 What I am bothered about is the XQD memory cards that Nikon is forcing us to buy with their new camera system. I’m comfortable with SD and think those cards are plenty fast, but to have to adopt a whole new memory card system doesn’t work for me. I’ll have to review some speed tests to see if my assessment is totally off regarding the quality of the XQD platform, but I’m using SD card to capture high-speed bursts of 20MP raw photos and 4k/60p video without issue.

Another misstep, in my opinion, was the decision not to make their monitor flip out. In this day and age, to not be able to see the monitor while in front of the camera is just tone deaf and not in line with many of today’s one-person content creators. I adore my flip out screen on the GH5 because it allows me to see myself while recording vlogs or just trying to get certain shots. It can also be an easy way to show your subject how they look in frame.

Sure you could buy an external monitor and mount it to the hot shoe or something like I used to have to do with my Canon, but that is cumbersome and expensive. No, having the flippy monitor is the way to go. The only reason I think Nikon eschewed the flippy monitor was that they wanted to make the camera as weather sealed as possible, but I have to imagine their engineers could have figured a way to seal the connection point.

Despite my negative impressions and views of the camera, I’m overall impressed with Nikon has produced. I think Nikon is making the right move by switching to a mirrorless camera system and I think we’ll see more innovations from the company in the future now that they’ve adopted this new format. The problem is that these first versions of these cameras don’t exhibit the kind of innovation that myself and other photographers were looking for. What they’ve achieved is a level of parity with Sony.

I think this says more about what Sony is doing right and the looming threat they pose on Nikon and Canon than what Nikon is doing right. No, Nikon is in full reaction mode right now, looking to stem the tide of departing Nikon users by offering an equivalent body at an equivalent price. This is a camera for the Nikon photographer who is excited about mirrorless but not excited about jumping ship from their Nikon lens and accessory collection.

Bottom line is that this isn’t the camera for me. Nikon has mostly disappointed me with this camera, at least from what I’ve been able to see online and the impressions I’ve been able to glean from others who have used the camera. I’d still like to get my hands on the body itself to see if I might have my initial impressions all wrong, but at this point, I’d have to recommend anyone who is looking for a camera with a strong video shooting and photo shooting capabilities to stay away from this camera.

I give props to Nikon for making the mirrorless leap, but I think this brand needs time to grow and develop, so if you’re interested in making the leap and just have to have Nikon, I’d recommend waiting it out a few years until the Z line of lenses is more fleshed out and perhaps Nikon gets its video game on point. Perhaps I’ll change my tune when the Z6 or Z7 Mark II or III come out in a few years.

About the author: David J. Murphy is a photojournalist and filmmaker who currently lives near Biloxi, Mississippi. The opinions expressed in this article are solely those of the author. Murphy began his career in 1999 after he joined the U.S. Marine Corps as a combat photojournalist. After subsequently working in NYC as a freelance photojournalist, Murphy is now a public affairs officer with the Air Force. Murphy is a co-host of the weekly visual journalism show Around the Lens. This article was also published here.

This Titanium Case Safety Stores an SD Card on Your Keychain