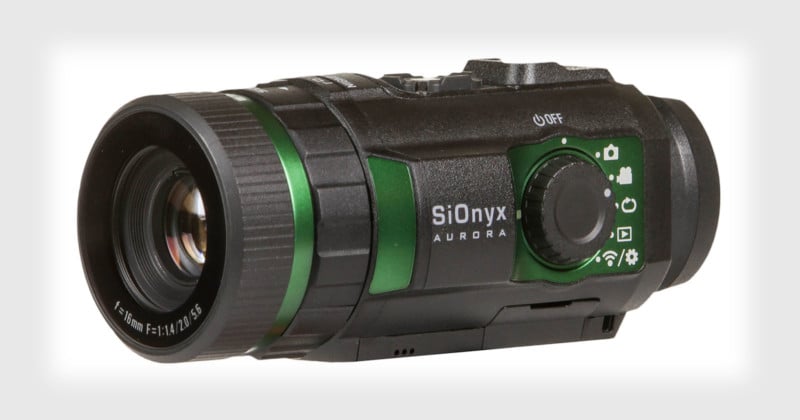 SiOnyx Aurora is a new action camera that claims to be the world’s first day/night camera for consumers. It’s ultra-light sensitive, allowing you to shoot full-color images in low-light conditions.

The Aurora is “the only HD action video camera with true day and night color imaging,” SiOnyx says, noting that it has received over 40 patents related to the camera. SiOnyx was founded back in 2006 by Professor Eric Mazur and Dr. James Carey of Harvard University. 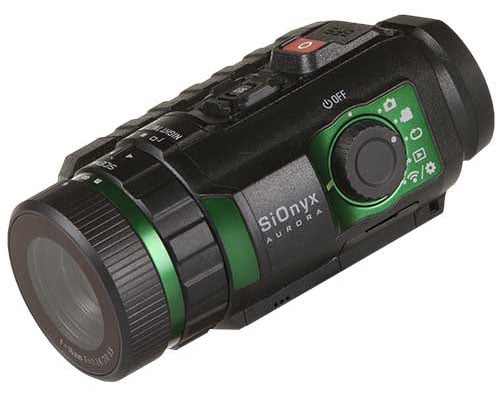 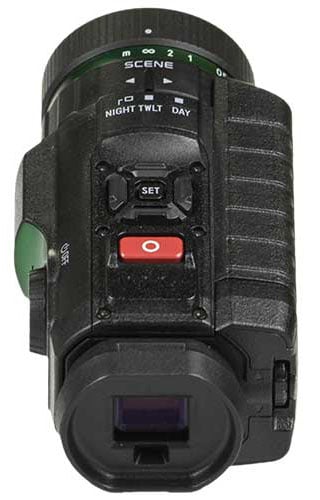 “SiOnyx has developed a new semiconductor process that dramatically enhances the infrared sensitivity of silicon-based imaging,” the company says. “Its ultra low-light technology enables richly-defined color images and video during the day and twilight, combined with unmatched high-resolution viewing in near total darkness.”

Although its low-light capabilities have been available in other cameras for years now, they generally cost an arm and a leg (some priced at tens of thousands). Aurora is designed to be affordable to ordinary consumers — its price is about double what GoPro’s flagship camera costs ($800 vs $400). 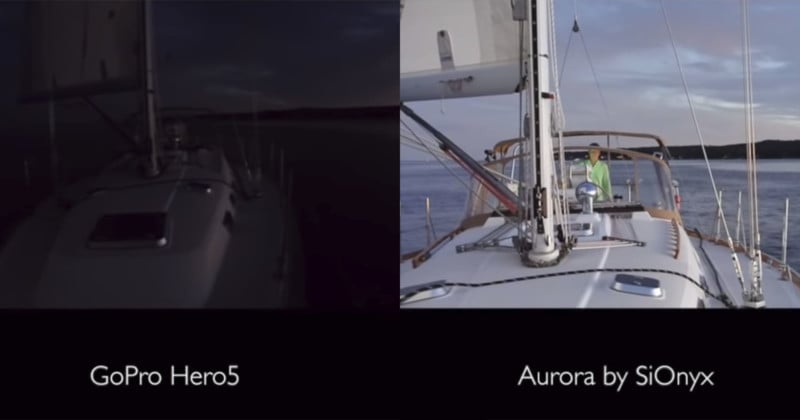 The camera weighs just 8 ounces (0.23kg) and can easily be held in one hand while shooting. In addition to using the built-in OLED display, you can also pair the camera with an iOS and Android device to control the camera on a larger screen.

Other specs and features include an IP67 waterproof rating, a removable neck strap, a GPS, an accelerator, a compass, built-in Wi-Fi, a 32GB-max MicroSD card slot, and a rechargeable battery that allows for 2 hours of continuous operation.

Here are a couple of videos that offer side-by-side comparisons between what a GoPro HERO5 action camera shooting in 720p Night Mode can capture versus what the SiOnyx Aurora can capture:

In addition to its low-light abilities, the Aurora is also fully capable of shooting ordinary daylight action camera footage:

The SiOnyx Aurora is available for pre-order through the company’s website with a retail price of $799 (discounted to $719 for pre-orders). The camera is set to ship later this month.

Photos of Tokyo and Seoul Shot Using a Fractal Lens

The Average Faces of Vogue Cover Models Around the World