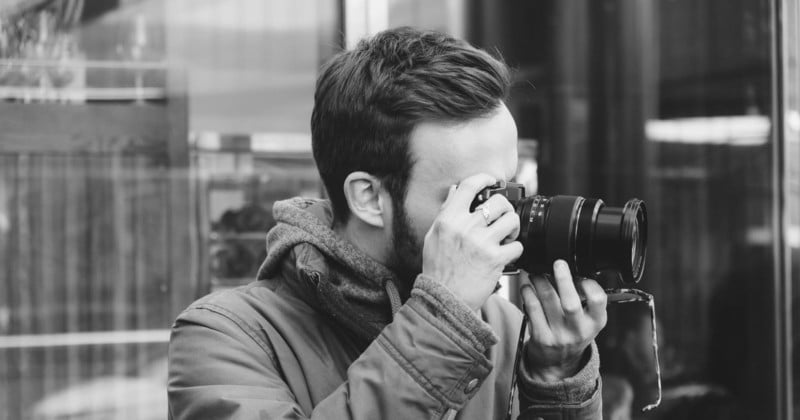 Folsom Street Fair, the annual BSDM fair in San Francisco, upset photographers in 2016 with its “Ask First” campaign that asked photographers to receive permission before taking photos of people on the public streets of the fair. This year, the same event organizers have released a warning that compares taking photos without consent to sexual assault. 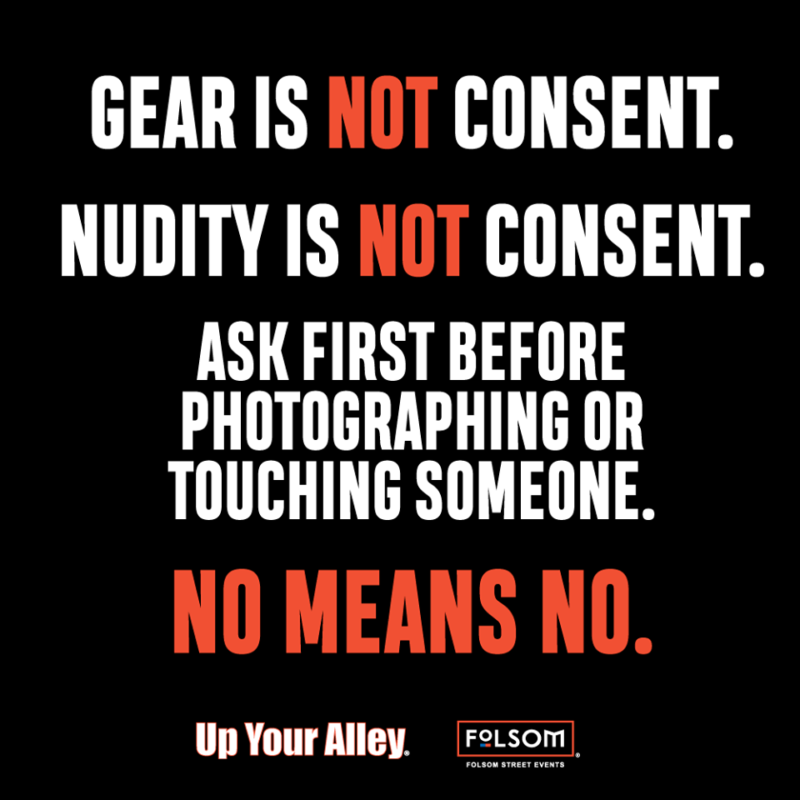 One photographer who has an issue with the message is Nathaniel Y. Downes, a freelance photojournalist who works for the San Francisco Chronicle.

“They are saying that taking photos of people in a public place is the same as touching people inappropriately,” Downes tells PetaPixel. “I commented directly to their Facebook page and after receiving replies to my comment as well as ‘likes’, my comment and the replies have been deleted.

“I think this kind of campaign is becoming more and more popular. Most older photographers know our rights… And clearly the organizers do as well (or they would have chosen dialog over suppression). But younger photographers and younger PR folks may not.”

Folsom Street Events’ street fairs are on public streets, and even though the streets are closed to traffic during the events, the area is still a public place. On the flip side, nudity is prevalent during the extremely “not safe for work” street fairs, so it’s a situation in which expectations of privacy collide with First Amendment rights to shoot photos in public places without permission.

“The state of dress/undress is not a part of the first amendment,” Downes says. “This is why it is an important story. It is a slippery slope. If one fair says you cannot take photos here, then later a political rally/protest asks for the same considerations.

“The more harmful thing is that somehow the story has put photography and sexual assault in the same mouthful. No matter the intentions, this is not a positive direction for photography to be moving in the public eye.

“I have been to the fair a few times and have never taken pictures. But as a photographer, it hurts me to think that some people see photography the same as sexual assault.”

Folsom Street Events says that it is asking photographers to ask permission simply out of respect.

“There are some attendees who prefer to not be the focus of a photograph,” Executive Director Patrick Finger tells PetaPixel. “While privacy in public spaces is a topic of debate, we are asking that photographers, professional and amateur, obtain verbal consent. This is a simple matter of respect.”

When asked whether his non-profit organization was equating photography without consent with sexual assault, Finger replied: “No, we are not trying to convey that message. Again, this is a matter of respect.”