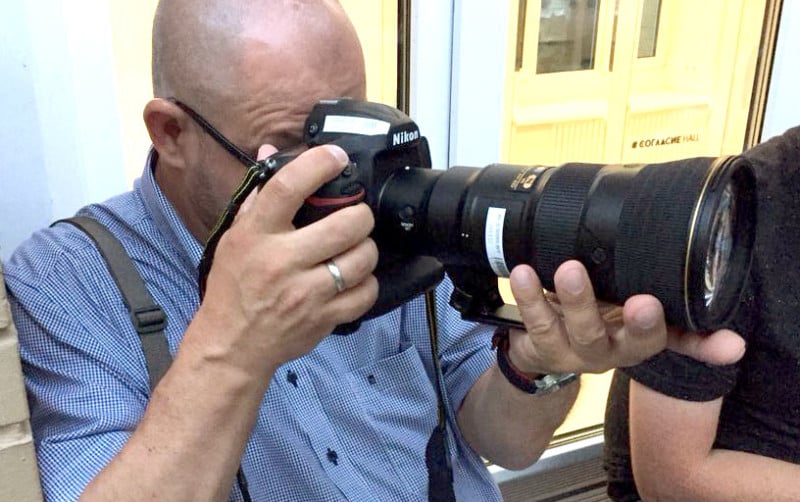 Nikon announced last month that it’s developing an ultra-portable 500mm f/5.6 PF ED VR lens. Here’s a photo of the actual lens — as you can see, Nikon wasn’t kidding when it said the 500mm lens is “ultra-portable.”

Moscow-based photojournalist Pavel Bednyakov of the newspaper Izvestia was invited to a Nikon party in Moscow yesterday as FIFA World Cup 2018 is coming to a close.

While there, the Nikon representatives showed off the first samples of the company’s new 500mm f/5.6 lens, attached to a D5 DSLR.

The lens features a Phase Fresnel (PF) element in the design that allows the lens to be both light and compact since fewer lens elements are needed.

“Despite its 500mm focal length, the lens is small and light enough to use hand-held in a wide variety of situations where a photographer must capture unpredictable and fast-moving subjects, including sporting events and wildlife photography,” Nikon said in its announcement last month.

From his short time with the lens, Bednyakov can confirm that Nikon’s claim isn’t misleading.

Pricing and availability of the lens have yet to be announced, but given that Nikon is already showing it off to photographers at parties, we’re guessing it’s not too far off now.

Image credits: Photograph by Pavel Bednyakov and used with permission

A Wildlife Photographer Who Went from Mansion to Shed