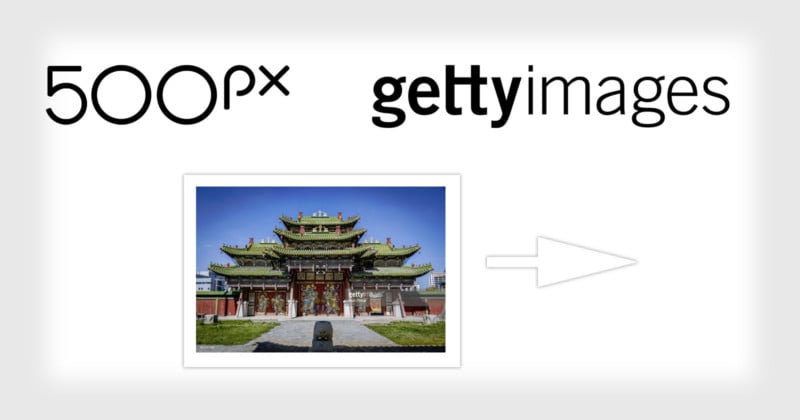 When Getty Images set up its contributor agreement with Flickr in 2008 to allow Flickr users to sell their photos, I enabled the feature. While not a professional photographer, I had been approached a couple of times in the past about licensing some of my shots and thought the opportunity to sell through Getty Images could formalize this process.

I wasn’t expecting to make huge amounts of money but anything I did make could go towards upgrading my equipment.

When this agreement terminated in 2014, and after only seeing a very small number of sales, I decided to remove my images from Getty Images, which turned out to be a difficult process. Despite them indicating my photos were deleted, it turned out some were still for sale and it took several weeks to get them permanently removed.

A few years ago, I moved away from Flickr and started using 500px and again, after getting some inquiries about licensing, added some images to the 500px Marketplace. However, when 500px informed the photography community they were shutting their Marketplace and instead licensing via Getty Images (and Visual China Group), based on my past experience with Getty, I immediately logged in to 500px and opted out of distribution completely, removing all of my images from the Marketplace and requesting my photos not to be licensed. 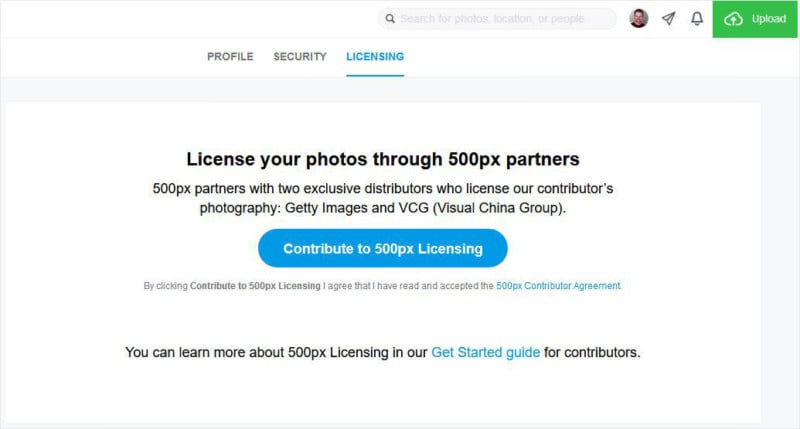 I was therefore surprised to receive an email last week from 500px congratulating me that one of my images had been selected by Getty Images and was now available for sale on their site! 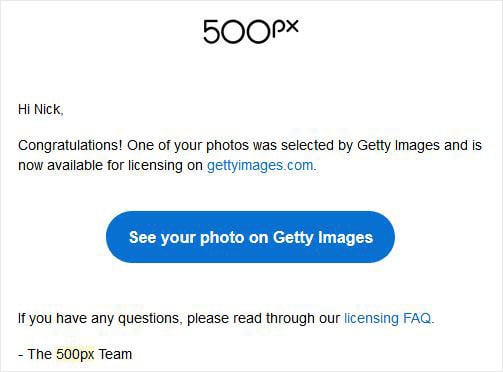 At first I thought it must be a mistake but after clicking on the link in the email, sure enough, there was my image for sale on Getty. 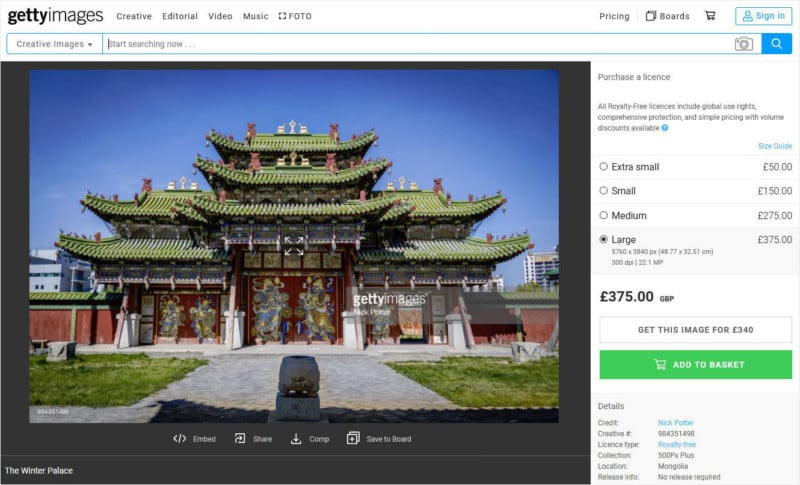 I immediately went back in to my 500px settings to check the licensing option, but this was definitely turned off. I then raised a support request with 500px to ask for the image to be removed and also explain why, despite opting out of licensing, this image had been taken by Getty to sell. So far, 500px support staff have replied to let me know the issue is a priority, and more recently that it should be resolved by the end of the week. Yet as I write this, today my image is still for sale on Getty Images without my permission.

If you had your photos on 500px Marketplace but opted out of Getty Images distribution, you might want to make sure this hasn’t happened to you as well.

About the author: Nick Potter is a travel photographer based in the UK near Leeds. The opinions expressed in this article are solely those of the author. You can find his work on his portfolio, website, and Instagram.

NVIDIA Unveils AI That Removes Noise, Grain, and Even Watermarks

Adorama Apologizes for Employee Who Refused Service Over Politics